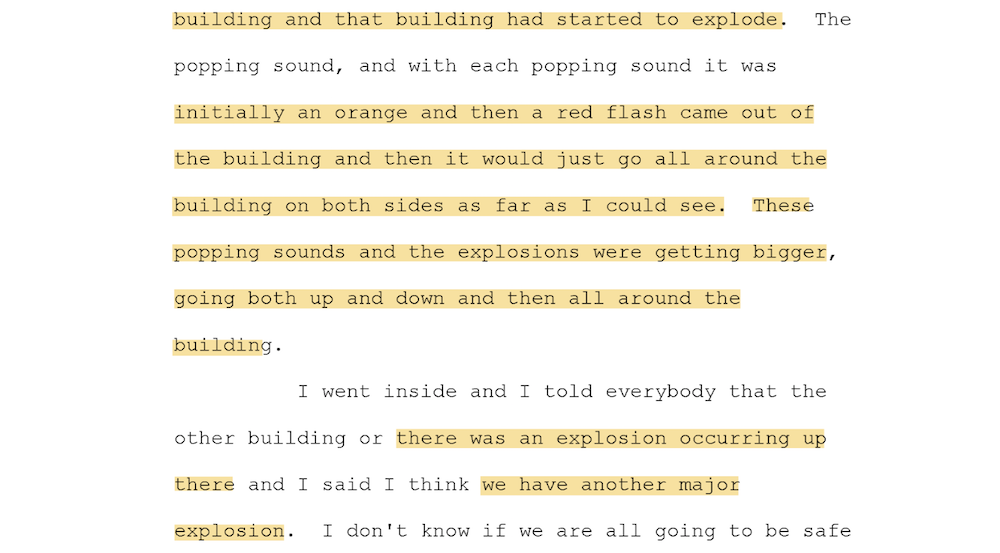 118 Witnesses: The Firefighters' Testimony to Explosions in the Twin Towers

Abstract: One of the greatest mysteries of September 11, 2001 is the collapse of the Twin Towers. Claims that explosions contributed to the collapses were made on 9/11 and have persisted, but studies supportive of the U.S. government’s account of events have ignored or denied these claims. A great deal is at stake in this debate. If explosions were critical to the collapses, the official al Qaeda narrative may need to be radically altered or abandoned altogether.

In January, 2006 an article by David Ray Griffin appeared entitled, “Explosive Testimony: Revelations about the Twin Towers in the 9/11 Oral Histories.” Drawing on a collection of oral histories from the New York Fire Department (FDNY), Griffin argued the case for controlled demolition of the towers. I found myself intrigued by the data he had used and impressed by his method, but I decided there was room for further research. I wanted answers to two questions. (1) Are the roughly 31 witnesses to explosions quoted by Griffin the total of all witnesses to explosions in these sources, or are there others he does not mention? (2) Are there witnesses in these sources whose testimony supports the non-explosive collapse of the Towers—the U.S. government’s perspective? I decided to read the primary sources in order to answer these questions. This paper gives the results of my research.