According to the National Institute of Standards and Technology (NIST) — which is the U.S. government agency that investigated the World Trade Center’s destruction — the Twin Towers came down “essentially in free fall.” 1

NIST’s theory of the collapses hinges on the idea that the upper section of each tower could continuously accelerate through the lower stories at nearly the rate of gravity, while in the process completely dismembering the steel frames and pulverizing nearly all of the concrete to a fine powder.

Yet NIST provided no modeling or calculations to demonstrate that such behavior was possible. Instead, NIST arbitrarily stopped its analysis at the moment of “collapse initiation,” asserting that total collapse was “inevitable” once the collapses initiated.2

Astonishingly, NIST’s entire explanation for why the lower sections failed to stop or even slow the descent of the upper sections is limited to half a page of its 10,000-page report, in a section titled “Events Following Collapse Initiation,” 3 which asserts:

“The structure below the level of collapse initiation provided minimal resistance to the falling building mass at and above the impact zone. The potential energy released by the downward movement of the large building mass far exceeded the capacity of the intact structure below to absorb that through energy of deformation.

“Since the stories below the level of collapse initiation provided little resistance to the tremendous energy released by the falling building mass, the building section above came down essentially in free fall, as seen in videos.” — p. 146, NIST NCSTAR 1

In 2007, a group of scientists, an architect, and two 9/11 family members filed a “Request for Correction” to the NIST report under the Information Quality Act. They argued that, among other things, NIST failed to establish the likely technical cause of the building failures because it did not explain why, after collapse initiation, total collapse had ensued.4 They wrote:

“Here, NIST has not offered any explanation as to why (i.e. the technical cause of) the story below the collapse zone was not able to arrest the downward movement of the upper floors. The statement “as evidenced by the videos from several vantage points” is only an explanation of what occurred, but gives the reader absolutely no idea why it occurred. Basic principles of engineering (for example, the conservation of momentum principle) would dictate that the undamaged steel structure below the collapse zone would, at the very least, resist and slow the downward movement of the stories above…. The families of the firefighters and WTC employees that were trapped in the stairwells when the entirety of the WTC Towers collapsed on top of them would surely appreciate an adequate explanation of why the lower structure failed to arrest or even resist the collapse of the upper floors.” — p. 20, Request for Correction

NIST responded to the Request for Correction with the remarkable admission that it was not able to provide a full explanation of the total collapse: 5

“NIST carried its analysis to the point where the buildings reached global instability. At this point, because of the magnitude of deflections and the number of failures occurring, the computer models are not able to converge on a solution…. [W]e are unable to provide a full explanation of the total collapse.” — p. 3-4, NIST Response to Request for Correction

While NIST failed to provide an explanation for the total collapse of the Twin Towers, several independent researchers have taken on that challenge. 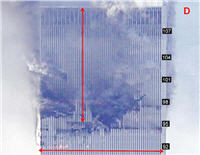 The upper section of the North Tower.

Central to their analysis has been to measure the downward motion of the upper section of WTC 1 (the North Tower). Two papers in particular have found that, in the four seconds before the upper section disappeared from view, the rate of acceleration remained constant, at approximately 64 percent of free fall,6 and there was never an observable deceleration.7

Based on Newton’s Third Law of Motion, which states that for every action there is an equal and opposite reaction, we know there would have been a deceleration of WTC 1’s upper section if it had impacted and crushed the intact structure below it. The absence of deceleration is incontrovertible proof that another force (i.e., explosives) must have been responsible for destroying the lower structure before the upper section reached it. 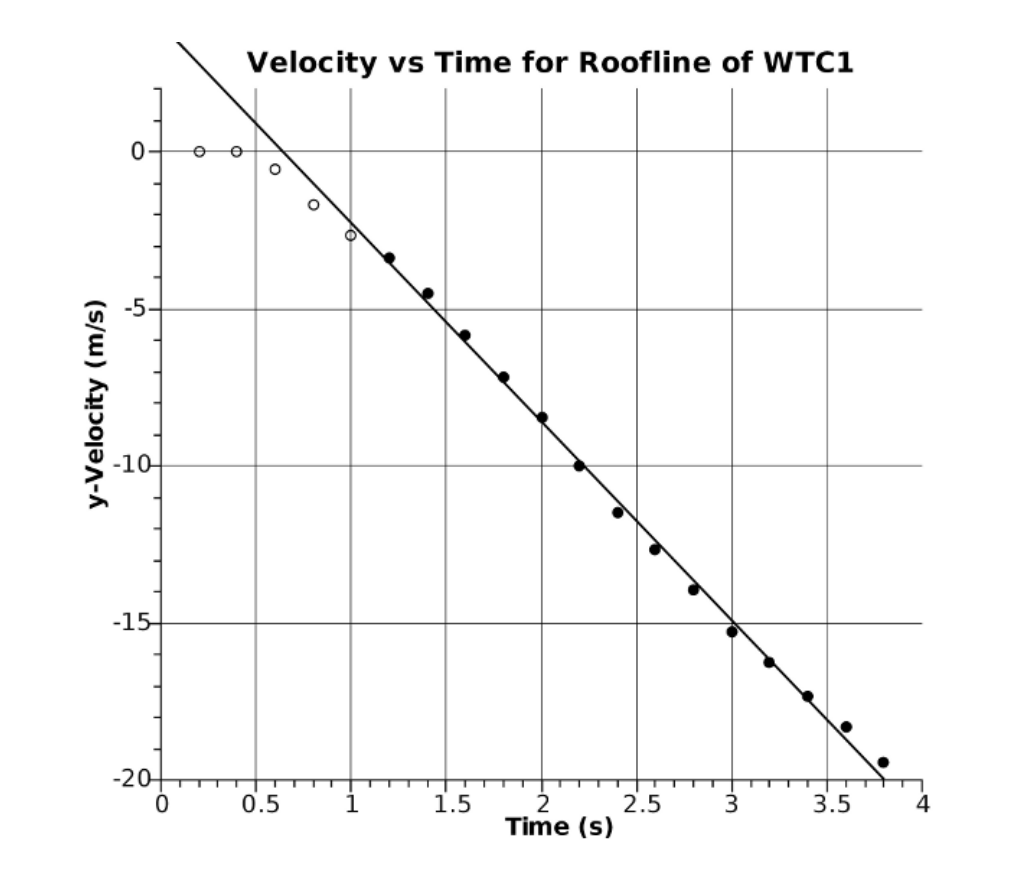 Figure 1: This graph from David Chandler’s “Destruction of the World Trade Center North Tower and Fundamental Physics” (Journal of 9/11 Studies, February 2010) shows that the North Tower’s upper section traveled at nearly uniform downward acceleration of -6.31 m/s2 (with an R2 value of 0.997), or 64% of free fall.

In 2011, the ASCE’s Journal of Engineering Mechanics published a paper by Dr. Zdeněk Bažant and Jia-Liang Le titled “Why the Observed Motion History of the World Trade Center Towers Is Smooth,” 8 in which the authors attempted to argue that the upper section’s deceleration was “far too small to be perceptible,” thus accounting for why the observed motion is “smooth.” Specifically, they calculated, the deceleration was “three orders of magnitudes smaller than the error of an amateur video, and thus undetectable.”

In response, researchers Tony Szamboti and Richard Johns submitted a Discussion paper to the Journal of Engineering Mechanics in May 2011.9 Their paper argued that Bažant and Le had used incorrect values for (1) the resistance of the columns, (2) the lower structure’s floor mass, and (3) the upper section’s total mass. Szamboti and Johns showed that when the correct values are applied, Bažant and Le’s analysis actually proves that the deceleration of the upper section would have been significant and detectable (if it were a true fire-induced progressive collapse), and that the collapse would have arrested within three seconds.

Unfortunately, the Journal of Engineering Mechanics inexplicably rejected Szamboti and Johns’ Discussion paper as “out of scope” after holding it in review for 27 months. So Szamboti and Johns, along with Dr. Gregory Szuladziński, a world-renowned expert in structural mechanics, wrote another paper refuting Bažant and Le’s analysis and submitted it to the International Journal of Protective Structures. That paper, titled “Some Misunderstandings Related to the WTC Collapse Analysis,” 10 was published in June 2013.

So little research has been published on why the Twin Towers underwent total collapse that Bažant and Le’s 2011 paper, and Bažant’s three earlier papers on the subject, are the only analysis that exists to support the official explanation of a fire-induced progressive collapse. That analysis has now been indisputably debunked by Szamboti, Johns, Szuladziński, and others.

[7] Szamboti, Tony and MacQueen, Graeme: “The Missing Jolt: A Simple Refutation of the NIST-Bazant Collapse Hypothesis,” Journal of 9/11 Studies (April 2009).

[8] Bažant, Zdeněk and Le, Jia-Liang: “Why the Observed Motion History of the World Trade Center Towers is Smooth,” Journal of Engineering Mechanics (January 2011).