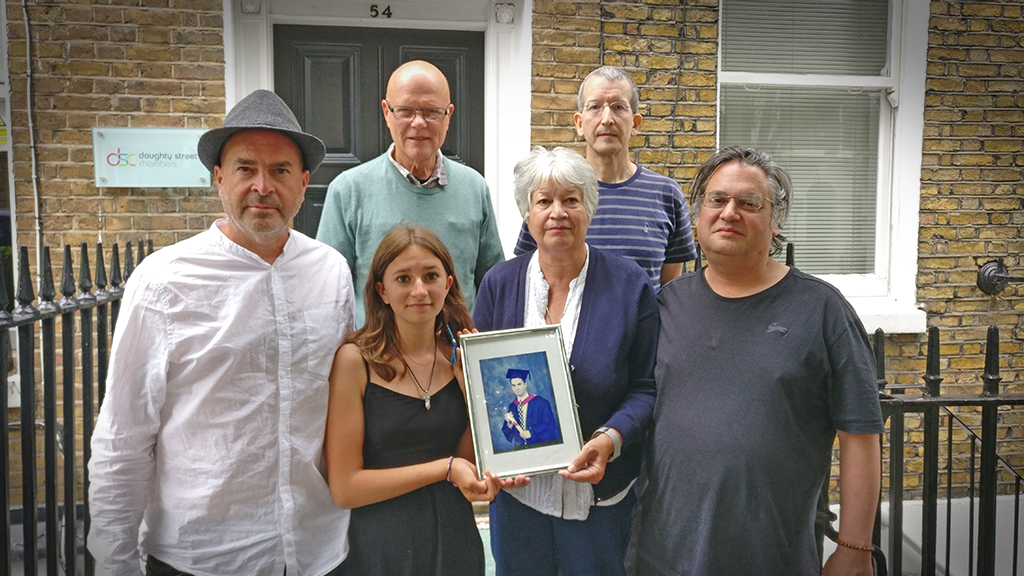 The family of Geoffrey Thomas Campbell, a British national who died in the World Trade Center attacks on September 11, 2001, submitted an application today under the UK Coroners Act 1988 requesting a new inquest into his death nearly 20 years ago.

The Campbell family — which includes Mr. Campbell’s parents Maureen and Malcolm, two brothers Matt and Rob, and his former fiancée — applied for the new inquest citing significant evidence not heard by the coroner at Mr. Campbell’s first inquest in 2013.

The family contends that the unheard evidence contradicts the coroner’s official finding that the impact of the aircraft into World Trade Center 1 at 8:46 AM and the ensuing fires are what caused the building’s total destruction at 10:28 AM, taking Mr. Campbell’s life. They allege that the unheard evidence overwhelmingly supports the conclusion that the destruction of WTC 1 — as well as the destruction of WTC 2 and WTC 7 — was caused by the use of explosives and incendiaries.

“For 20 years, my family has suffered because Geoff was taken from us long before it was his time,” said Matt Campbell, Mr. Campbell’s surviving brother. “Our grief was then compounded by the gradual realization that we did not have the full truth about his murder. Today, we are one step closer to knowing the truth.”

“Asking for this inquest is an important step,” said Maureen Campbell, Mr. Campbell’s mother. “We need the truth in order to heal.”

The application also includes witness statements from six scientific experts and from five eyewitnesses to the World Trade Center’s destruction, four of whom were first responders that day. All of the experts and eyewitnesses have offered to give testimony at the new inquest. Altogether, the application contains around 2,500 pages of evidence as well as select volumes of the official reports issued by the U.S. National Institute of Standards and Technology.

The Campbell family submitted the application to the attorney general for England and Wales — currently Michael Ellis, who is standing in for Suella Braverman while she is on parental leave — whose authority must be obtained in order for the family to apply to the High Court for an order granting a fresh inquest.

The Campbell family also submitted the application to the senior coroner at the West London Coroner’s Court, inviting him to consent to a fresh inquest. If he consents, the High Court can order a fresh inquest without the need for the attorney general’s authority or a court hearing.

Should a new inquest be held, the Campbell family will pursue the verdict that their son was killed in the explosive demolition of WTC 1. This verdict would not automatically trigger any criminal legal actions. However, the family hopes that it would show the need for further public inquiries and criminal investigations that would help establish the full truth surrounding the attacks of September 11, 2001.

As is customary and proper in such proceedings, the application to the attorney general is not being publicly disclosed.

Related article: Family of British 9/11 victim Geoff Campbell gets its message out