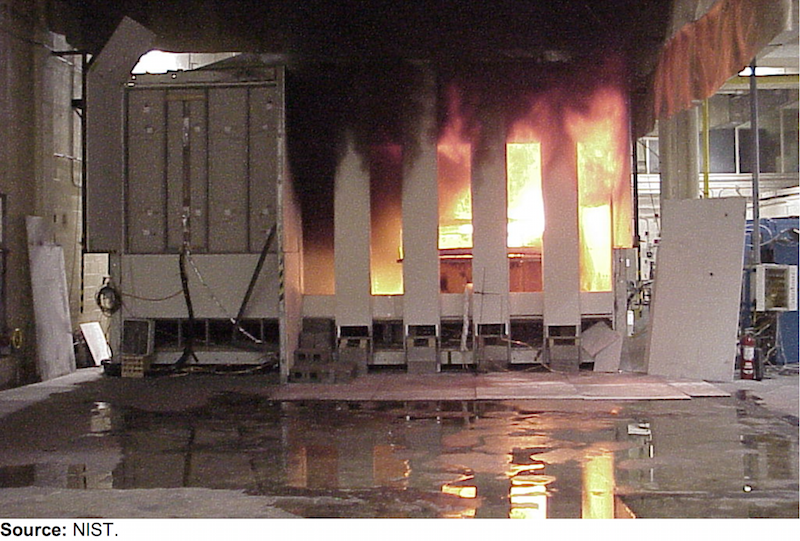 The NIST WTC Investigation–How Real Was The Simulation?

Abstract: The NIST investigation of the WTC building failures was extensive, but NIST did not substantiate its conclusions experimentally. On the contrary, many of NIST’s tests contradicted its conclusions. Furthermore, there are several examples in which NIST chose to manipulate input data, and then certify its findings based upon the inevitable conclusions that derive from the manipulated input. One finds little acknowledgement on the part of NIST that uncertainties in its simulations translate into uncertainties in its findings.

NIST’s physical tests were inadequate. Their ASTM E119 tests and their workstation burn tests were improperly modeled. Further, the former produced results that contradicted NIST’s conclusions and the latter fell far short of testing the performance of realistic steel members in the actual fire conditions. The workstation burn tests showed that the temperatures were generally too low, especially in the ventilation-controlled WTC environments. The ASTM E119 tests showed that the WTC floor trusses should have easily withstood the fires they experienced on 9/11.

There were also flaws in NIST’s computer simulations, including its impact simulation, its fire loading simulation, its temperature mapping simulation, its thermal/structural component simulations, and its global simulation. The LS-DYNA simulation showed that the aircraft would have done much less damage than NIST assumes, and NIST’s subsequent “scenario pruning” was confused and unsubstantiated. The decision to exclude the hat truss from the structural/thermal response simulations was a significant omission. The sequence of failed truss seats leading to pull-in forces on the exterior columns is central to NIST’s theory but not explained or supported by simulation.

This paper will conclude that the findings of the NIST investigation, although not necessarily incorrect, are not inherently linked to the reality of the failure mechanisms that took place in WTC buildings 1 and 2. The author calls on NIST to explain the discrepancies in its reports, admit the level of uncertainty in its findings, broaden the scope of its investigation, and make its raw data available to other researchers.