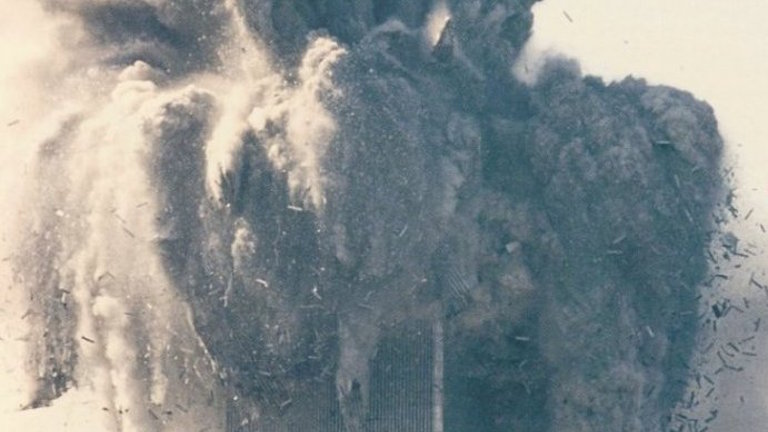 Introduction: Claims have been made that there is no direct proof that explosions occurred in the World Trade Center on September 11, 2001, but there are in fact visible photographs of collapse results that provide that proof. One such photograph posted in late 2005 is shown in Figure 1, which shows the rapidly expanding cloud of the North Tower that directly exhibits explosions shattering material with hundreds of pieces of metal cladding and beams flying in the air at the edge of the dust cloud. However, there is also a whole set of photographs posted on the web which can be shown through physics calculations to graphically exhibit the direct effects of explosions in the World Trade Center towers, yet these facts have not been previously investigated.