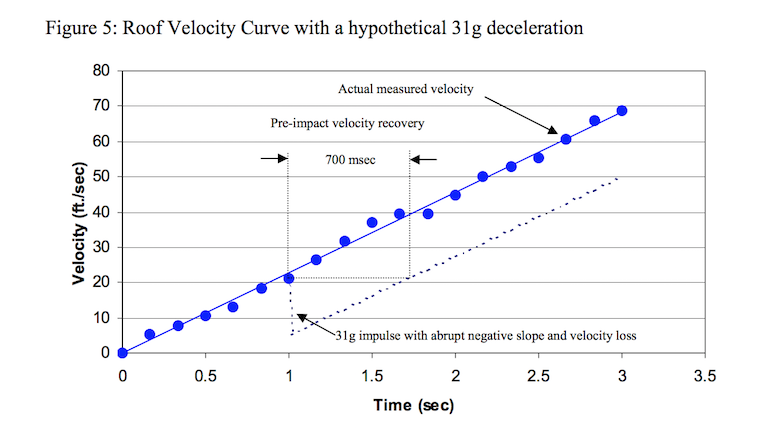 The Missing Jolt: A Simple Refutation of the NIST-Bazant Collapse Hypothesis

Abstract: In its Final Report on the Collapse of the World Trade Center Towers, the National Institute of Standards and Technology summarizes its three year study and outlines its explanation of the total collapse of WTC 1 and WTC 2.

Readers of the report will find that the roughly $20 million expended on this effort have resulted in an explanation of the total collapse of these buildings that is so vague it barely qualifies as a hypothesis. But it does have one crucial feature of a hypothesis: it is, in principle, falsifiable. In fact, it is easy to demonstrate that it is false.

In this paper we will, concentrating on the North Tower, offer a refutation that is:
• easy to understand but reasonably precise
• capable of being stated briefly
• verifiable by any reader with average computer skills and a grasp of simple mathematics.