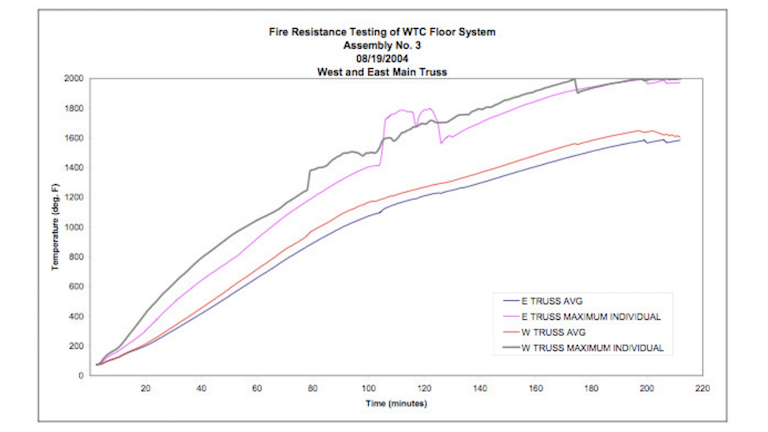 Falsifiability and the NIST WTC Report: A Study in Theoretical Adequacy

"It is our contention that the conclusions proffered by the NIST report, if analyzed against data from within the report itself, demonstrate critical inconsistencies. The most obvious of these relates to the temperature at which the structural steel is likely to fail. The NIST report does not take into account the results of their own laboratory-controlled floor truss tests in which the steel reached temperatures in excess of 800º C without failure, as we shall see. The fact that the test trusses survived temperatures far beyond the temperature possible in the towers, while heavily loaded, for far longer than either tower stood, should be indication enough that the NIST theory of collapse may be incomplete at best. However, the report authors seem unwilling to account for these disparities despite repeated written requests for redress of this and other pivotal issues."