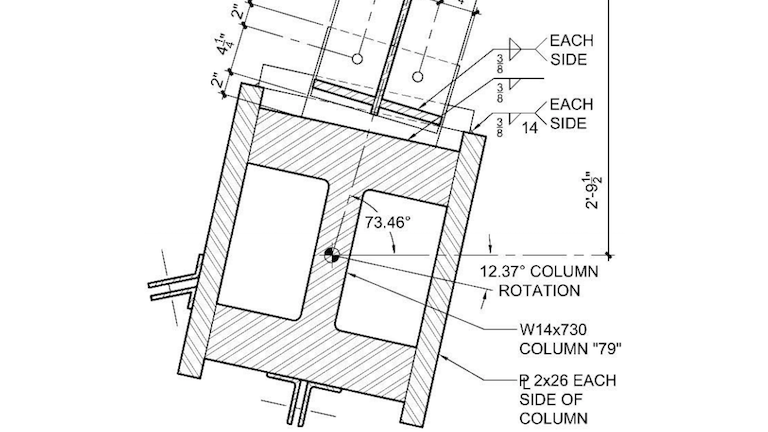 Introduction: The "Analysis of Structural Response of WTC 7 to Fire and Sequential Failures Leading to Collapse" (McAllister et al. 2012) published by the American Society of Civil Engineers (ASCE) presents a complex procedure used to analyze the structural behavior of Seven World Trade Center (WTC 7) on September 11, 2001. The authors concluded that the catastrophic global collapse followed local connection and framing failures induced by office fires on several floors. Although the authors included a brief discussion of the relationship between simulation results and observed events, the paper lacks any objective discussion of the practical application or significance of the computational modeling described.

The technical paper published in the Journal of Structural Engineering summarizes, but necessarily condenses, many details found in the National Construction Safety Team Act Reports NCSTAR 1A (Sunder et al. 2008), NCSTAR 1-9 (McAllister et al. 2008) and NCSTAR 1-9A (MacNeill et al. 2008) published by the National Institute of Standards and Technology (NIST). However, the paper lacks references to public sources of information sufficient to verify the authors' assumptions and conclusions. For example, structural calculations demonstrating the "walk-off" failure mechanism that hypothetically triggered the progressive collapse are unavailable. This information was placed off limits in 2009 when the NIST Director determined that release of calculations "might jeopardize public safety" (Gallagher 2009). If released, according to NIST, the calculations "would provide instruction to individuals wanting to learn how to simulate building collapses and how to most effectively destroy large buildings" (KollarKotelly 2011). But the Ethical Standards for ASCE Journals are clear; technical papers are required to include "detail and reference to public sources of information sufficient to permit the author's peers to repeat the work or otherwise verify its accuracy." This standard aligns with the engineer's responsibility for ensuring public safety and has nothing to do with devising ways to destroy buildings.

Although structural calculations demonstrating the "walk-off" failure mechanism are unavailable, many structural design, fabrication and erection drawings of WTC 7 were released by the NIST Freedom of Information Act (FOIA) office and are available for those interested in studying the building's structural system. A comparison of original construction documents with details of the NIST study raises numerous questions germane to the collapse initiation. This discussion summarizes several of these questions.