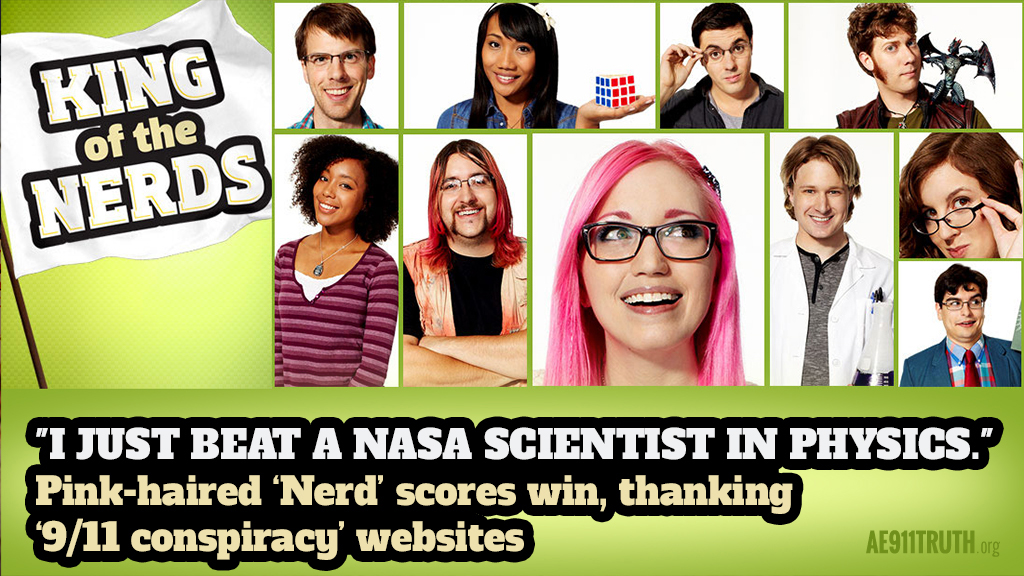 On a recent episode of the TBS reality show King of the Nerds, a bubbly, pink-haired video game blogger named Danielle Mackey was the unlikely winner of one phase of a science-related competition that pitted her against a NASA engineer and three other contenders. The most intriguing aspect of her upset win was that Danielle used "9/11 conspiracy" websites to outsmart her rivals.

"I just beat a NASA scientist in physics." — Danielle Mackey 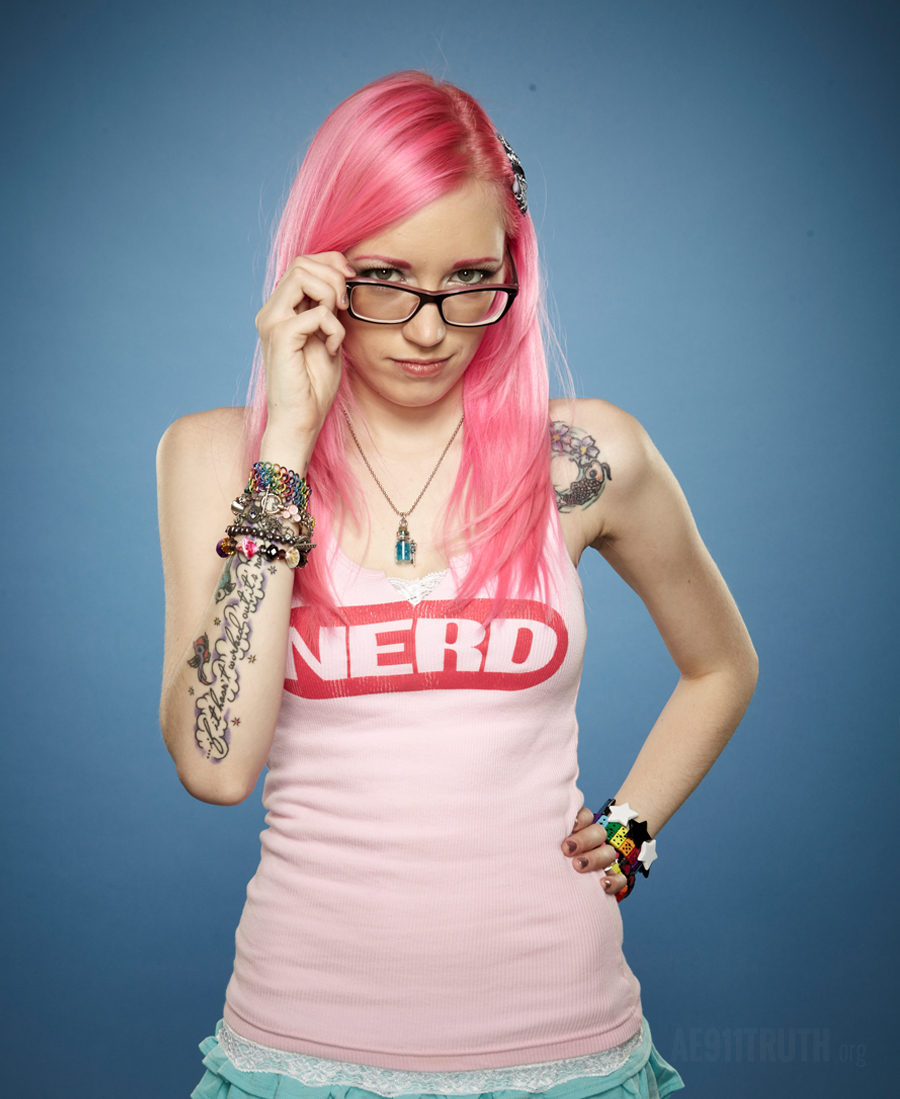 How did physics-deprived Danielle excel in a physics competition? For the answer, read the article!

Hosted by the stars of the Revenge of the Nerds movies, Robert Carradine and Curtis Armstrong, King of the Nerds features a group of contestants who compete in a series of challenges called "nerd wars" in a location called "Nerdvana." The challenge on this episode involved predicting how many panes of glass — spaced apart vertically in much the same way floors in a high-rise office building are — would be broken when balls of various weights were dropped from a tower.

At the start, the hosts did a demonstration to acquaint the five competitors with the problem they would have to solve. When they dropped a twelve-pound ball suspended fourteen feet above more than two dozen sheets of glass that were one-quarter-inch thick and spaced three inches apart, the top four panes broke.

Carradine and Armstrong then issued the assignment: The contestants had to calculate how many panes would shatter in each of three different tests. In the first and third tests, the only variable that changed was the density of the dropped object — a six-pound nerd ball in the former, a fifteen-pound stuffed pig in the latter. (The audience is left to wonder what the heck the pig was stuffed with!) In the second test, besides the different density (an eight-pound nerd ball), the thickness of the glass and the space between the panes were also altered. 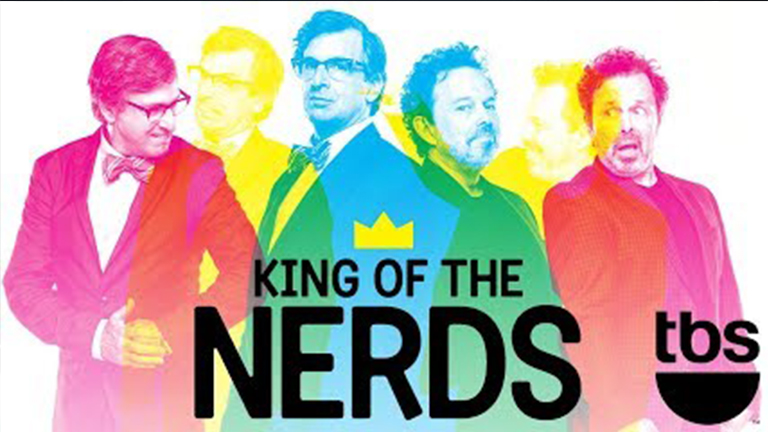 One by one, the young competitors revealed their academic backgrounds, familiarity with physics, and current vocations. There was Ivan, the smug-but-confused, role-playing game designer; Moogega, the cocky NASA engineering whiz; Genevieve, the stressed-out fantasy writer; Celeste, the pro-gamer; and Genevieve, the AP physics guide writer. The latter two collaborated "to improve our mutual chances of winning . . ." and ". . . to have a better chance of knocking Danielle out of this competition." Then there was Danielle, who, having taken zero courses in physics, initially declared the challenge to be "bull&@^*" because all her adversaries were more qualified than she was. (She majored in a pre-vet program, where "we didn't care how fast the cat moved . . . .") 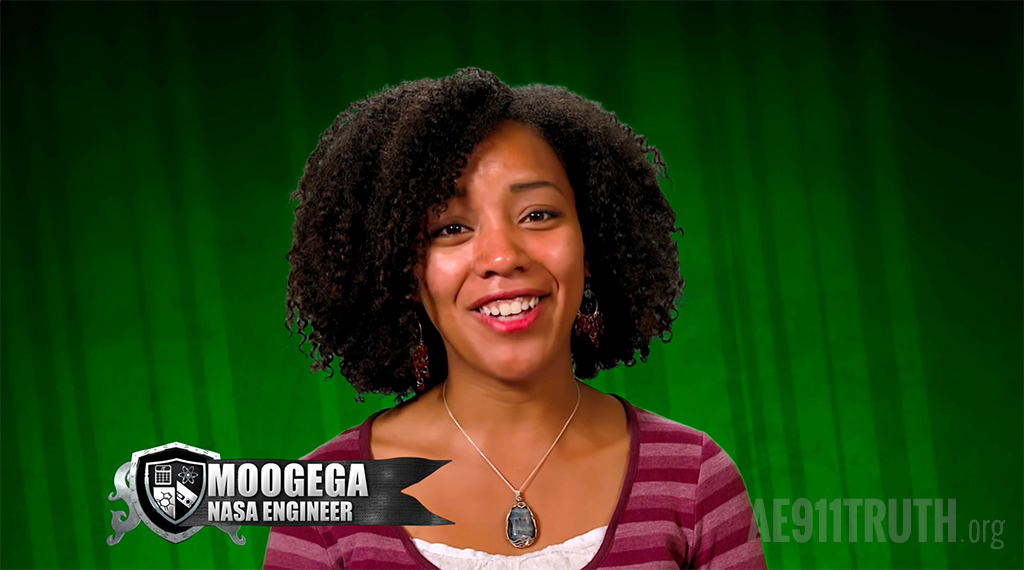 Lack of expertise, however, didn't deter Danielle. Unlike her opponents, who got some sleep, she stayed up all night in search of answers. And while they appeared to rely only partially on the Internet (we see them referring to the available calculus books as well as scribbling lots of notes and equations — a few from memory), Danielle depended exclusively on the World Wide Web.

"I might be the only one in the house who is looking at My Little Pony to try to solve a physics problem," she admitted at one point.

But the main sources of Danielle's research were 9/11 Truth websites. "The only thing I've found that's even similar to what we're doing are people who are trying to disprove 9/11 being a terrorist attack," she observed. "I have literally found probably ten websites using an example of dropping a bowling ball through panes of glass to explain why the Twin Towers is a conspiracy."

When the three tests were over, Danielle came out on top, having bested her two closest competitors by one point. Ivan was miffed that someone with no prior knowledge of physics had beaten them all. Meanwhile, embarrassed engineer Moogega saw her worst fear come true when she finished dead last. 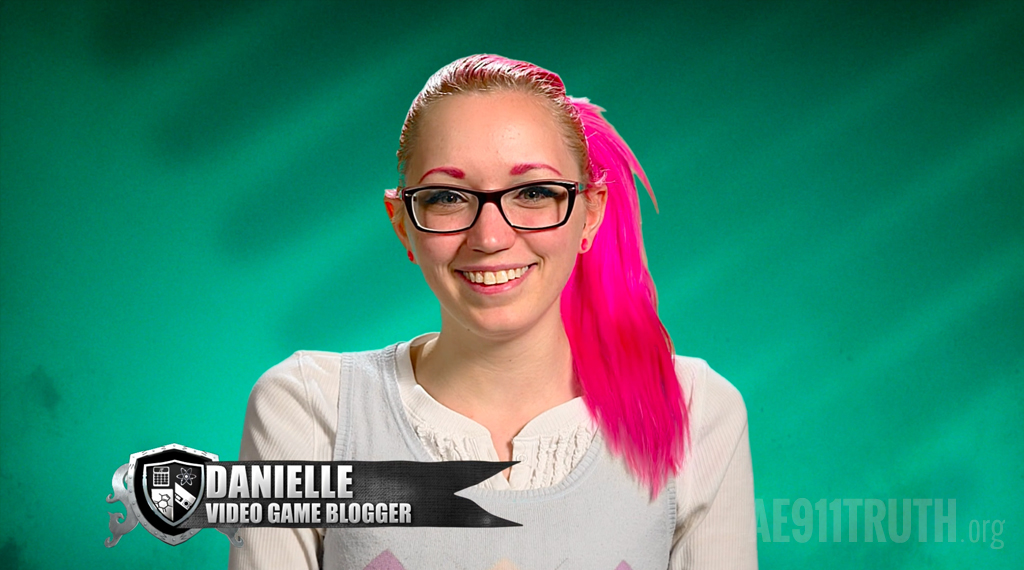 "I just beat a NASA scientist in physics," a bemused Danielle beamed, then added, "What the f%^k?" She went on to thank "all the conspiracy theorists of America." 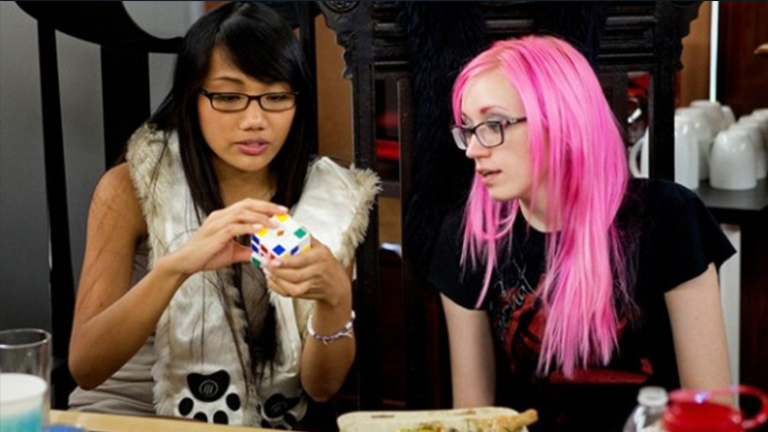 Curiously, in one night of research, the "queen" of King of the Nerds did more to forward the truth about the Twin Towers' destruction — albeit indirectly and unwittingly — than the mainstream media has done in thirteen years of pretending to prove the unprovable official account of 9/11.

Craig McKee is a journalist and creator of the blog Truth and Shadows.