More than 1,200 packets containing the research papers of experts on the evidence for the controlled demolition of the World Trade Center were mailed to the architectural and engineering faculties of four Ivy League schools and a "public Ivy" university in a massive outreach campaign last winter, according to AE911Truth Public Relations Manager Andrew Steele, who spearheaded the effort.

Thanks to a grant from a generous AE911Truth donor, every architecture and engineering professor at Cornell University, Dartmouth College, Harvard University, Yale University, and the University of Virginia received a packet that included a personal cover letter from AE911Truth founder Richard Gage, an introductory article about AE911Truth, an article quoting structural engineers who make the case for controlled demolition, a DVD of the documentary 9/11 Explosive Evidence: Experts Speak Out, and a CD filled with other pertinent videos and peer-reviewed papers by 9/11 Truth Movement scholars.

Originally, Steele attempted to reach out to the faculty and students of all departments of these institutions through inserts in their student newspapers. But the editorial bodies of three out of the four initially-targeted universities denied that request. (Steele added a fifth school, the University of the Virginia, to the list after making the decision to the send the packets; UVA was never contacted about the running the inserts.)

Only one of the universities — Cornell — allowed AE911Truth to publish its brochure in the campus paper, The Cornell Daily Sun.

Initially, staff at The Harvard Crimson also agreed to run the inserts. They signed a contract with AE911Truth, which then created a brochure with the words "Paid Advertisement" printed on it to meet Crimson advertising guidelines. After the ad was approved by the Crimson, manufactured, and mailed to the newspaper's offices for publication, the university reversed its position and broke the contract.

According to Steele, a Crimson staff member emailed him, explaining that their president had stepped in and overruled the contract. The email said, in part: "While I may disagree, he [the president] cited that the content was too controversial of a message for us to display and felt that it might negatively impact The Crimson's brand. Unfortunately it is a subjective matter in this case, and his opinion takes precedence."

Yale and Dartmouth, meanwhile, told Steele right from the start that they wouldn't run the insert. News staff at one of them flatly said "no"; at the other, they said they feared controversy would surely erupt.

Realizing the tremendous pressure that these "media gatekeepers" were under, Steele decided to pursue a more direct outreach path.

"The most efficient means of outreach to any group is the kind that bypasses the institutional membranes that allow fear and politics to guide their actions," said Steele. "Any time you can take the censors out of the equation and speak directly to the people you want to reach, the more control you have over the situation and the stronger the impact of your message will be."

One professor who teaches neither architecture nor engineering was included in the outreach effort. Steele and the donor realized that Philip Zelikow, who was executive director of the 9/11 Commission and who now teaches history at the University of Virginia, "might be interested in peering through some of the holes that the Commission left in its much-criticized final narrative." 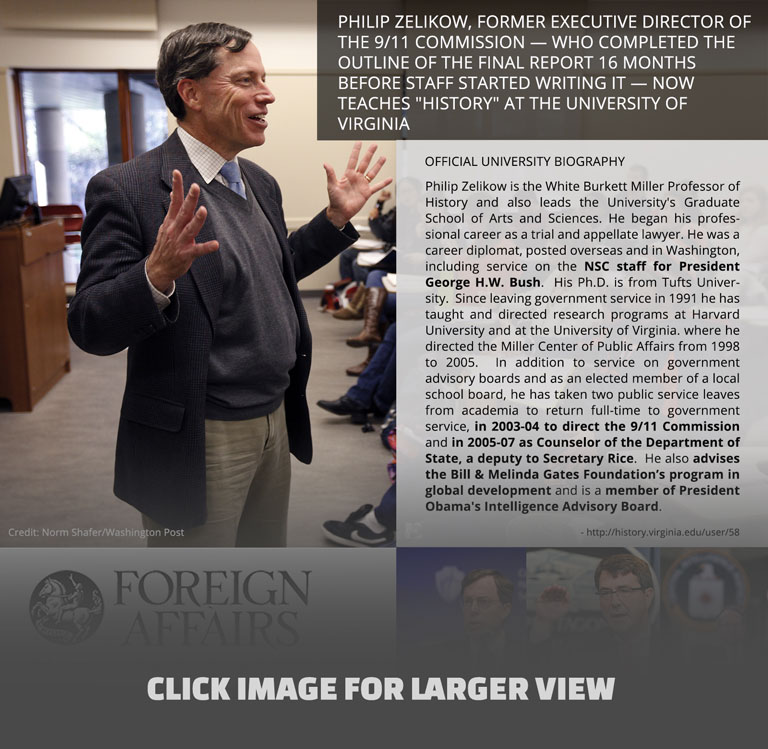