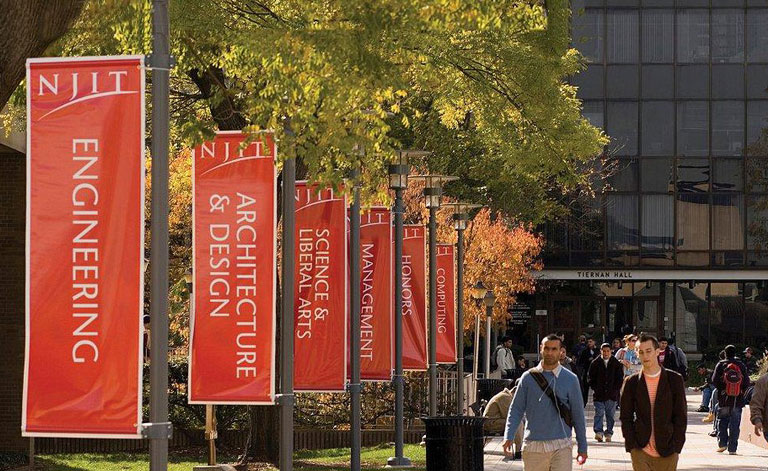 Tucked in at the start of our Northeast film premiere tour of Firefighters, Architects & Engineers: Expose 9/11 Myths is an historic teaching-and-debating opportunity that we just couldn't pass up.

A mathematics professor at the New Jersey Institute of Technology has invited two representatives of Architects & Engineers 9/11 Truth to address students and faculty from the school's civil engineering department in a Technology, Art and Science Forum titled "9/11 Critical Questions."

The 90-minute event will be held on Wednesday afternoon, November 11, at NJIT's Campus Center Ballroom in Newark, NJ.

Prof. Jay Kappraff, Ph.D., created "9/11 Critical Questions" in order to present various perspectives on the destruction of the third World Trade Center tower, known as Building 7, to 100-plus students and faculty from NJIT's John A. Reif, Jr. Department of Civil and Environmental Engineering.

He is also inviting the students and faculty from the New Jersey College of Architecture and Design and from five other colleges within NJIT to attend the forum, and will be placing an article and an advertisement in the school-wide newspaper for that purpose.

"I created this forum because I feel strongly that the information about 9/11 that has been publicly distributed by the government and the media up to now is extremely incomplete and has many self-contradictions," explains the math professor. "We need to reopen the conversation."

Kappraff invited two speakers from AE911Truth — founder and CEO Richard Gage, an architect, and Tony Szamboti, a mechanical design engineer — whose presentations he had heard at other venues. "I was impressed by their detailed knowledge of the World Trade Center destruction, and thought that if they could present their ideas at an engineering school, we would have a chance to show, through reason rather than emotion, what was not covered properly in the official story." 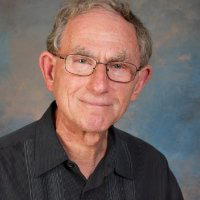 Jay Kappraff, a mathematics professor at NJIT, is skeptical of the official account of the destruction of the three World Trade Center towers and has been seeking to host a technical forum where, he notes, "students can hear all sides of the highly controversial WTC 7 destruction and make up their own minds. We should be able to analyze and discuss the technical evidence of these extremely important structural failures in an open atmosphere free of bullying and accusations." To ensure coverage of the issue would not be one-sided, Kappraff also reached out to participants in — and sympathizers with — the official investigation of WTC 7, which was conducted by the National Institute of Standards and Technology. But when he received no response from them, he arranged for members of NJIT's civil engineering department to create a panel to present their view of the events and to question the AE911Truth speakers.

In this debate-style arrangement, a member of the civil engineering department faculty will speak for the first 15 minutes on behalf of the government's official account of what happened to WTC 7. Then Tony Szamboti will have the floor for the next 25 minutes. He will explore the implications of the unexplained symmetrical free-fall destruction of the 47-story skyscraper. 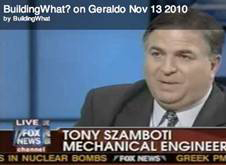 Mechanical engineer Tony Szamboti, M.E., who specializes in designing and analyzing aerospace structures, appeared on the Fox News show Geraldo a few years ago to tell the world about World Trade Center Building 7. Szamboti is currently assisting an engineering research team at the University of Alaska Fairbanks with its year-long evaluation of Building 7's failure — a breakthrough project being funded by AE911Truth. Szamboti hopes students will take away from his talk the understanding that "engineering failures need to be correctly explained and understood to prevent their reoccurrence. What will be taught at NJIT is that engineers also need to scrutinize the explanations given for failures by others to ensure they actually explain the observables of a failure. Otherwise, appropriate decisions cannot be made moving forward. When it comes to light that a report purporting to explain a significant engineering failure does not do so, it is the duty of those in the profession to expose it as non-explanatory."

Following Szamboti's presentation, Richard Gage will give a summary of the physical evidence — including thermite incendiaries — that points to the controlled demolition of WTC 7.

To Gage, the importance of the third WTC structure, which unlike the Twin Towers was not hit by an airplane, cannot be overstated. "If there is a smoking gun of 9/11, then Building 7 is it. The way it came down — at near-free fall, symmetrically, and into its own footprint — shows the brazen fraudulence of the 'normal office fires' claim made by the government's National Institute of Standards and Technology. Even a child can see that the building is being imploded in a controlled demolition." 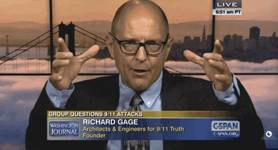 Though Richard Gage, AIA, has spoken at more than 50 universities since founding AE911Truth, he has never addressed, in a debate-style format, 100 or more engineering students — with their professors present and actively supporting the official story of NIST. He calls the opportunity "unprecedented!" The New Jersey Institute of Technology has announced the upcoming "9/11: Critical Questions" event this way:

September 11, 2001, was a tragic turning point not only in the history of the United States, but for the entire world. From one perspective, that day’s sequence of events is painfully clear: Two aircraft flown into the World Trade Center Twin Towers caused the structures to collapse with massive loss of life.

But another building in the area also collapsed, although it was not hit by a plane. It was 7 World Trade Center, often referred to as Building 7. The 2008 report of the U.S. National Institute of Standards and Technology attributed the collapse of this 47-story, steel-framed structure to "normal office fires" which buckled a critical internal column — the first time ever that such a structure had collapsed because of fire.

This scenario for Building 7’s collapse has been critically scrutinized by technical analysts who claim that other factors were responsible, including the mysterious presence of the incendiary thermite, which cuts through steel like a hot knife through butter. At NJIT on November 11, architect Richard Gage, AIA, and engineer Tony Szamboti, M.E., will present the case for this alternate destructive scenario.

Gage, a member of the American Institute of Architects, has experience designing large steel-framed buildings. He is the founder and CEO of Architects & Engineers for 9/11 Truth. Also a member of the nonprofit group, Szamboti is a mechanical engineer specializing in structures. He has participated in preparing several papers, including "Areas of Specific Concern in the NIST WTC Reports," a detailed analysis listing significant challenges to NIST's WTC building reports.

Faculty members of NJIT's Department of Civil and Environmental Engineering will also be present. They will present views in line with those of NIST as part of the discussion, which will explore this critical topic that is filled with so many important unanswered questions.

This event is sponsored by the NJIT's Technology, Art and Science Forum Committee; the John A. Reif, Jr. Department of Civil and Environmental Engineering; and the NJIT chapter of Sigma Xi.

NJIT welcomes attendees from the public and from all area colleges and universities to the 2:30-4:00 PM event at the Campus Center Ballroom.

Gage makes a bold promise to anyone who attends the event: "You'll see for yourself a transformation of awareness in the students. They will quickly get it. And when they do, their professors — at least those who stubbornly cling to the official story — may be in trouble. That's what we at AE911Truth do: We shake up inertia and we inconvenience world views.

"Time and time again we have demonstrated that, when presented with the evidence, the audience is jolted by the truth — namely, by the indisputable evidence that Building 7 was destroyed by explosives on 9/11. Every time this happens, we watch the expression on their faces as they realize they will now have to wrestle with the idea that there are also serious questions about the destruction of the Twin Towers. But for this short forum, we will have to let that evidence be told in 9/11: Explosive Evidence – Experts Speak Out, the AE911Truth film that we'll show on campus earlier in the afternoon — and the DVD of which we'll leave with the students."

For more information on the November 11th NJIT event, contact Jay Kappraff by This email address is being protected from spambots. You need JavaScript enabled to view it. or by phone at 973-596-3490.

Check out the details of our 11-city Northeast Tour, in which we premiere the film Firefighters, Architects & Engineers: Expose 9/11 Myths.

Learn about the AE911Truth evidence booth at the Boston ABX architecture convention being held on November 17, 18, and 19.

If you would like to support this unprecedented opportunity as well as our future efforts to reach the academic community, please donate.