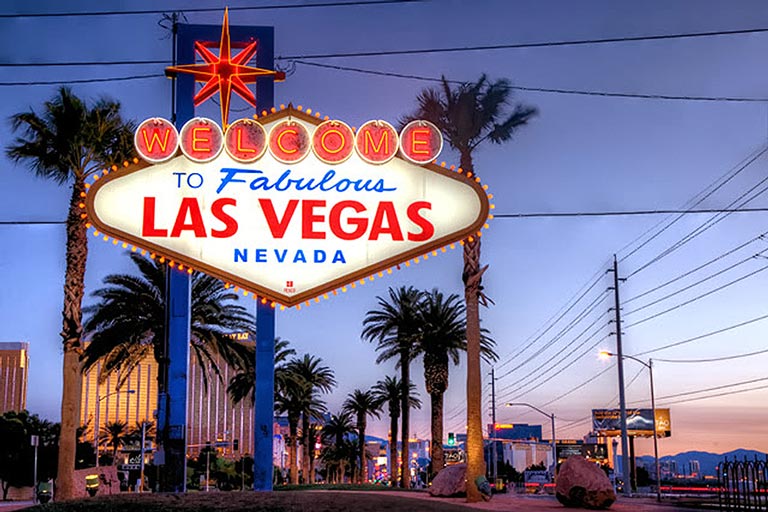 Q: Where did we go after the Las Vegas Engineers Convention? . . .

We began our AE911Truth eight-city film premiere tour of Firefighters, Architects & Engineers: Expose 9/11 Myths the day after our successful outreach at the Structural Engineering Summit in Las Vegas, where we spoke personally with at least 100 structural engineers and obtained petition signatures from 25 of them. 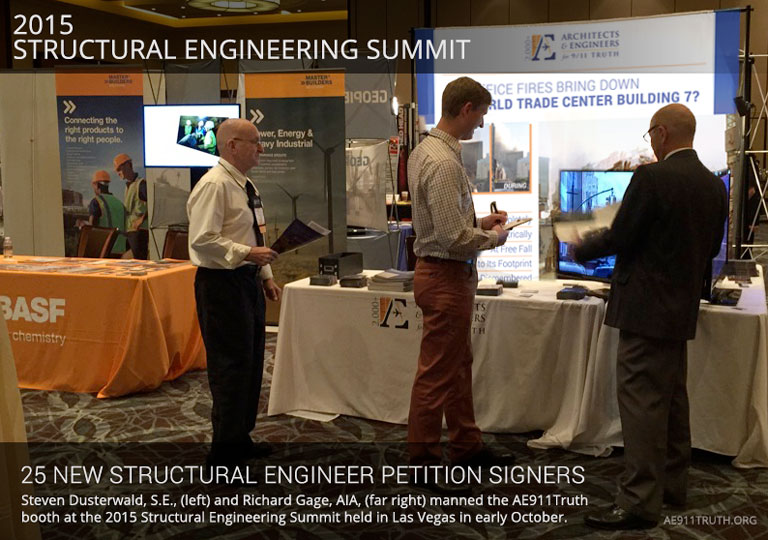 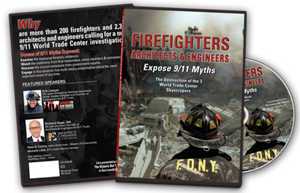 The film tour reached more than 600 people as well as thousands more by radio. It featured our 97-minute film — an unprecedented joint presentation by Erik Lawyer, founder of Firefighters for 9/11 Truth & Unity, and Richard Gage, AIA, founder of AE911Truth.

Together in the film, Lawyer and Gage dismantle two-dozen myths that comprise the official account of the World Trade Center destruction. They also expose the failure of the National Institute of Standards and Technology (NIST) to comply with the requirements of NFPA 921, which is the national guideline for fire and explosion investigations. They then take a penetrating look at the scientific forensic evidence of the destruction of all three WTC skyscrapers. The information-packed Firefighters, Architects & Engineers DVD is expected to be a go-to educational tool — particularly for 9/11 Truth activists who are reaching out to firefighters and fire protection professionals all over the country. Watch the two-minute trailer and experience a part of what audiences throughout our Southwest tour had to wrestle with both during and after the presentation.

We launched our one-a-day eight-city film tour at a library in Las Vegas.

This tour's most ambitious event coordinator, Kenny Bent, brought out Pahrump's local sheriff, who was quite supportive of our cause.

The film's showing in Phoenix attracted more than 100 folks.

The occasion of a film premiere in Albuquerque reignited friendships among 9/11 activists who hadn’t worked together in years.

The DFW Metroplex has one heck of a powerful Local Action Group, thanks to Pat O’Connell and Stu Nelson!

While in Austin, Richard Gage, AIA, was in-studio with Lee Ann McAdoo at InfoWars studio before meeting up with Jim Marrs for the night's speaking event at Brave New Books.

Houston is the home turf of high-rise architect and AE911Truth board member Dan Barnum, FAIA.

Our largest crowd on the tour — 196 folks — included four psychologists from 9/11: Explosive Evidence — Experts Speak Out.