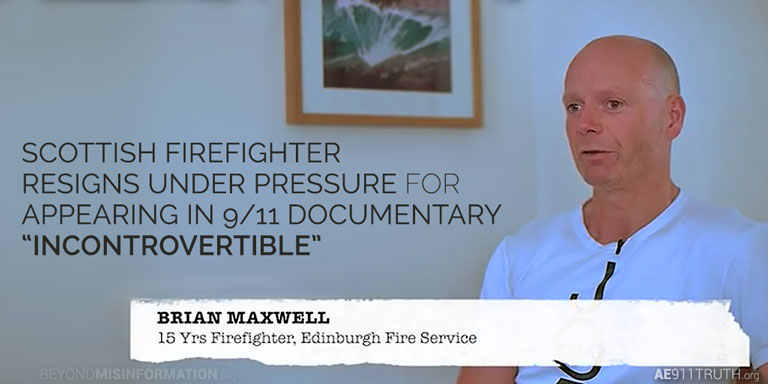 From oil rigger to fireman to 9/11 activist — whatever he undertakes, Brian Maxwell carries with him his high ideals.

The Scotsman joined the Edinburgh Fire and Rescue Service in late 2000, back when it was called the Lothians and Borders Fire and Rescue Service. After having spent ten rigorous years as a fire and gas detection technician on oil rigs, Maxwell found his new service-oriented vocation rewarding. He embraced the camaraderie in the fire station, which he likened to a family unit.

Less than a year into his firefighting job, Maxwell witnessed the attacks of September 11, 2001. Like the rest of the world, he was stunned. And like many onlookers, both live at the scene in downtown Manhattan and remotely via television, he wondered why the Twin Towers collapsed. But when a satisfactory explanation never presented itself, he accepted the version put forth by the United States government and the mainstream media.

It wasn't until 2010 that Maxwell watched the now-famous 9/11 documentary, Loose Change, by Dylan Avery. When it ended, Maxwell remembers being “in shock.” That day “changed my life,” he declares. From then on, Maxwell openly questioned the official story.

A few years later, Maxwell learned of Tony Rooke, a filmmaker who was seeking funding to produce a documentary about 9/11, and he made a donation. Upon finding out that Maxwell was a fireman, Rooke asked him to make an appearance in the film. Maxwell agreed.

The main focus of Incontrovertible is World Trade Center Building 7 (WTC 7), which collapsed — purportedly from fires — late in the afternoon of 9/11. Once the film was released, Maxwell gave copies of the DVD to friends, firefighters in his unit, policemen in the street, and military personnel. He was hopeful that once they realized the facts about WTC 7, they would be as shocked and incensed as he was at the cover-up. “I thought that mass action would follow! But exactly the opposite occurred: indifference, apathy, silence,” Maxwell recalls. 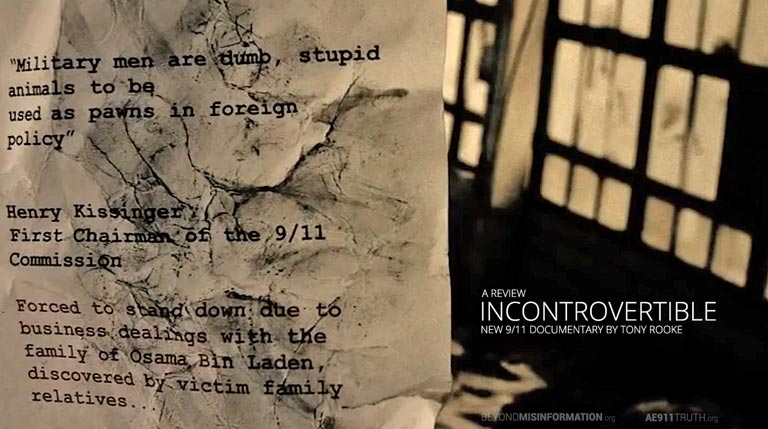 Not long after he began sharing the film, things started to go wrong. His superiors said Maxwell had breached the fire service code of conduct by providing photographs of himself in uniform, which — as he subsequently discovered — belonged to the fire service. They felt his appearance in a film that they deemed political in nature and that named specific politicians and that implied government corruption was too controversial. They concluded that because he was their colleague, he was implicating the entire Edinburgh fire service in the controversy.

Maxwell's role in Incontrovertible was subsequently investigated by the Scottish police department. Because he was distributing the film in December, just before the holiday season, when the threat of terrorism is high, the investigators went so far as to absurdly question whether the film was terrorism propaganda. 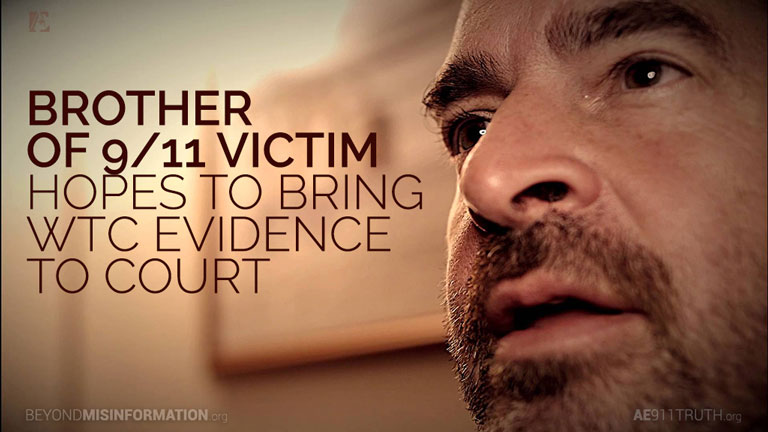 With this unexpected turn of events, Maxwell knew his days in the fire service were numbered. After the department imposed disciplinary restraints on him but did not dismiss him, he made the decision to resign so that he could continue with his 9/11 activism unencumbered.

Maxwell says he is very concerned for the members of the firefighting community worldwide. If the official story of office fires leveling the steel-framed, 47-story Building 7 is true, he believes that all firefighters are at risk of a repeat disaster. When he was interviewed by the host of the online radio show, 9/11 Free Fall, which aired on May 27, 2016, Maxwell directly addressed firefighters worldwide. He explained the dilemma they face if they acknowledge the fire safety hazard to which all high-rise buildings are now subject, as determined by the study of WTC 7's collapse done by the US government's investigative body, the National Institute of Standards and Technology (NIST).

During the show, Maxwell warned his firefighting brethren: “You folks are at risk — a very unpublicized risk, at that. You need answers as to why that is the case. Are you an expendable firefighter? At the moment, it would appear so. You need answers as to why you have no procedures to mitigate ‘sudden building collapse syndrome’ due to the official account by NIST of what happened to World Trade Center 7. If you do not believe that you are at risk under these circumstances, then you have to ask yourself what do you believe? I'm not asking you to go to the lengths that I have, but you owe it to 343 dead colleagues, your loved ones, and yourselves to raise this safety issue in an official capacity with your union and its health and safety department in the pursuit of a satisfactory conclusion.”