DVD of ‘The Demolition Of Truth’ Now Available

Two years ago Hollywood sound editor Charles Ewing Smith revisited the unused footage of the psychology professionals whose interviews appear at the end of the documentary 9/11: Explosive Evidence — Experts Speak Out (ESO).

Having been co-executive producer and co-editor of that film, Smith was already well acquainted with the footage. As he replayed the extensive comments that had been cut, he found in these social scientists' voices a compelling message that he felt needed to be shared with the world.

So in January 2015 he began a personal quest to make a documentary that would capture the essence of their insights. His vision became a reality last year. The Demolition of Truth: Psychologists Examine 9/11 was completed in July 2016 and was subsequently made into a DVD, which is now available in the AE911Truth store. 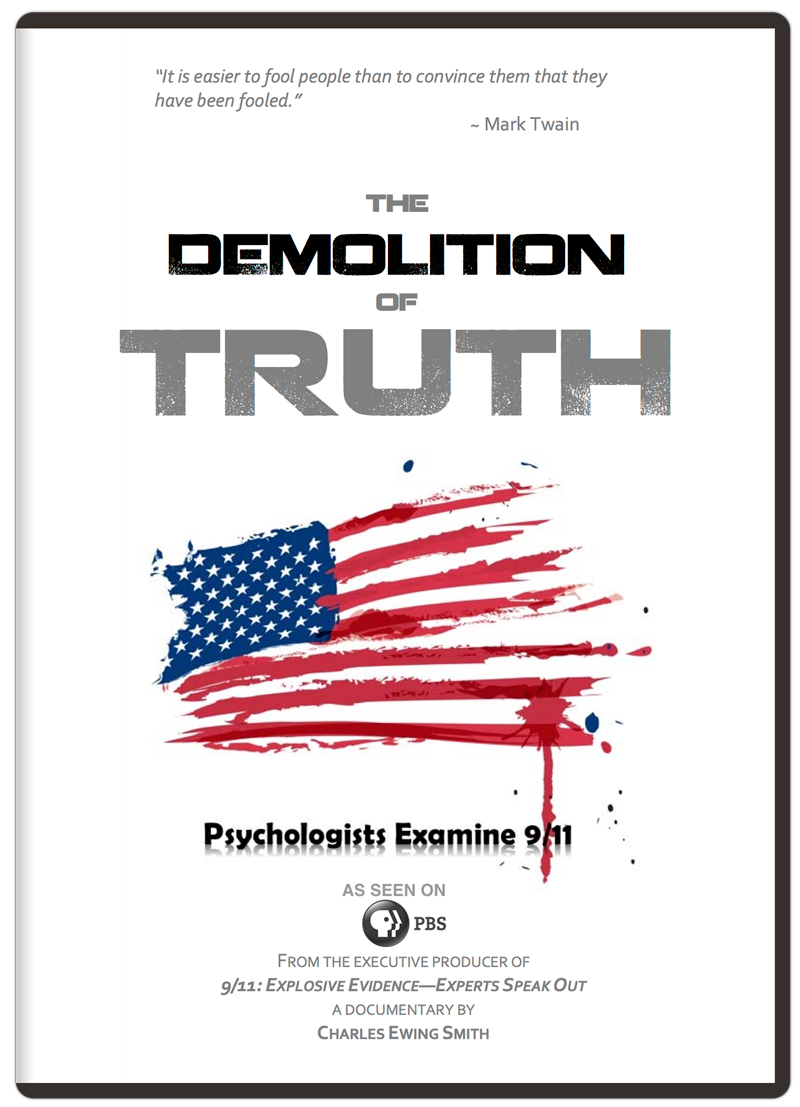 Plaudits have already started pouring in. Among the first to hail the film was Shari Bernson, executive producer and director of development for Colorado Public Television (CPT12), who arranged for the PBS affiliate to air it during a fundraising week. In August 2016, CPT12 premiered a condensed version — 40 minutes shorter than the 1-hour, 48-minute full-length documentary.

Bernson makes a convincing case for having run the film on her public television station. “The Demolition of Truth: Psychologists Examine 9/11 takes the discussion of questioning the official story of 9/11 to a whole new level,” she says. “The documentary takes on an uncomfortable subject and brings it into the light, exploring how individuals and communities can heal and move forward.”

Subsequent to that showing, The Demolition of Truth's next public venue was the 9/11 Truth Film Festival in Oakland, California, where it had its theatrical world premiere three days before the 15th anniversary of 9/11.

Then, at the sixth annual Metropolitan Film Festival of New York City, held last December, the film had the honor of being named “Best Documentary Feature.” 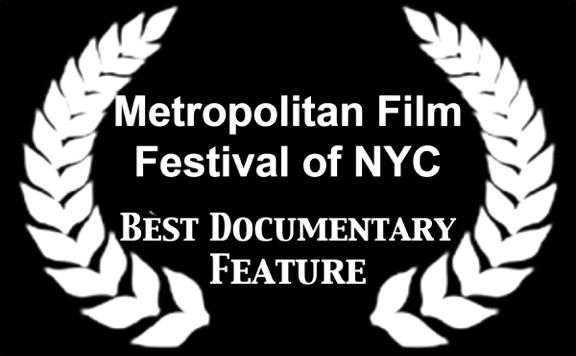 How did filmmaker Smith get from outtakes on the cutting-room floor to a Big Apple award? “I started by reviewing all the interview masters,” Smith recounts. “I was curious about what I would find. It didn't take long,” he admits, “before that curiosity turned into an obsession.”

As it happened, there were more unused observations about 9/11 from the psychologists' point of view than he had remembered. As he played the interviews of these ESO-featured social scientists — Danielle Duperret, John Freedom, Robert Griffin, Marti and Robert Hopper, Dorothy Lorig, Frances Shure, William Woodward, and theology-professor-turned-prolific-9/11-author David Ray Griffin — Smith noticed that they all spoke of their own, and others', human responses to the event. They acknowledged their “reactions of shock, fear, anger, despair.” They also repeatedly praised “the power of human resilience,” Smith observes.

Another hallmark of their interviews was an intense discussion of such concepts as patriotism, American exceptionalism, the Deep State, false flag operations, and State Crimes Against Democracy, all of which they connected to the tragedy of 9/11, yet in a compassionate rather than didactic or harsh way.

“Here was a treasure trove of observations from credentialed people,” Smith says of his discovery. “I just couldn't let these insights be relegated to the scrap heap of filmmaking.”

He was particularly struck by the psychologists' focus on cognitive dissonance — the mental and emotional stress experienced by those who are confronted with new information that conflicts with their existing beliefs, ideas, or values. Each emphasized how an awareness of cognitive dissonance is key to understanding the psychological barriers faced by activists in the 9/11 Truth Movement. In a word, the psychologists came across as “trailblazers” who were cutting a path to — and peering into — the minds and hearts of those who had experienced 9/11.

Smith's starting point was the footage of David Ray Griffin's interview. All the other interviews were organized around his insights. That technique worked fine. But during the arranging and rearranging process, the filmmaker realized that he had “a lot of great, powerful insights, but no picture frame, no context. I needed something else to support what they were saying.”

At that point, Smith decided to introduce some scientific evidence. “I couldn't assume that everybody would know what had happened” to the World Trade Center buildings on 9/11, he explains. “The psychologists needed technical backup for some of the things they were talking about.”

To that end, Smith added key clips from the interviews with the engineers and scientists in Experts Speak Out, along with other videos and diagrams, to explain some of the basic forensic evidence to viewers new to the information.

One of the most appealing aspects of the film is how the interview content is interwoven with our country's history, politics, and culture via the use of written quotations, video clips, and Americana graphics. For example, at one point we hear the opening theme of the 1950s TV series Adventures of Superman, in which the narrator exclaims that Superman “fights a never-ending battle for truth, justice, and the American way!” Smith intends this clip to point to US citizens' decades-long belief in American exceptionalism, viewed as a myth and explored in detail by the psychologists and David Ray Griffin in The Demolition of Truth.

While creating the film, Smith sought input and support from select others, including Italian filmmaker Massimo Mazzucco, whose best-known work is September 11 — The New Pearl Harbor; G. Edward Griffin, who penned the popular book The Creature from Jekyll Island, which is about the secretive cabal of bankers who authored and pushed through Congress the Federal Reserve Act; and Frances Shure and Marti Hopper, two of the psychology professionals who appear in the film. 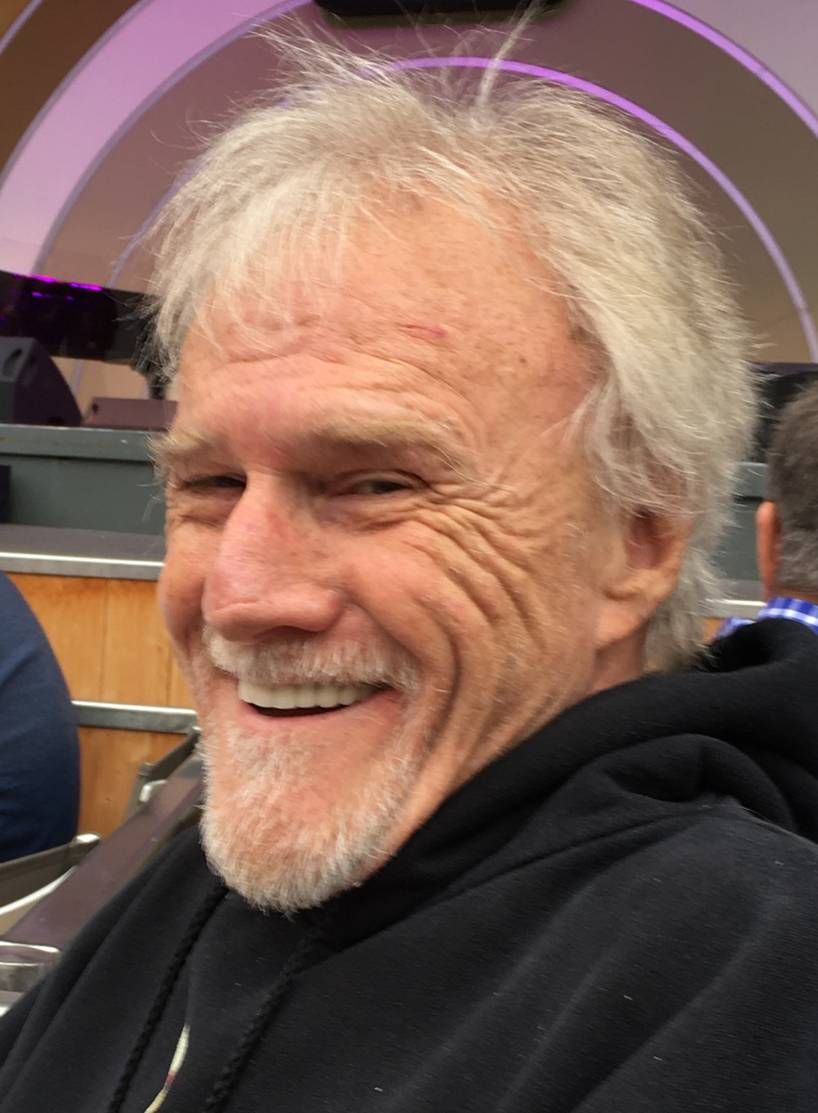 Charles Ewing Smith has been a sound editor in the film industry since the 1980s. Film credits include Pulp Fiction, Reservoir Dogs, Sin City, The Long Kiss Goodnight, and Desperado, among many others. He received Golden Reel nominations for five of his films: Weird Science, The Witches of Eastwick, RoboCop 2, Pulp Fiction, and Twister. In 1999, he became the managing director of production for Leonardo DiCaprio’s internet/media company, Birken Interactive Studio, Inc. Chuck was executive producer with Richard Gage and co-editor of 9/11 Explosive Evidence — Experts Speak Out, one of the most widely viewed 9/11 documentaries ever made. As a result of its airing on CPT12 and subsequently at pbs.org, the film charted as the most watched and most shared video, surpassing Downton Abbey.

In The Demolition of Truth, there is no narrator. That's because, according to Smith, “The interview clips themselves tell the story. It's a style of documentary filmmaking wherein one subject leads to the next and to the next, and it all becomes a logical progression.”

As the credits roll in the film's final five minutes, the camera zooms in on actor Ed Asner, who is seated at his desk, recounting the reasons why he values the insights of the experts we have just watched. “The psychology professionals in this film tell us that looking at the truth of 9/11 isn't easy,” he admits. “9/11 was traumatic, and looking anew at 9/11 is tough. And even scary. But we are resilient,” Asner reminds us. (His black cat, lying atop the desk's papers, tail waving, appears to be listening intently to the man who famously played Mary Tyler Moore's curmudgeonly boss, Lou Grant.)

“If we acknowledge our fear, and then decide not to let that fear control us, we can break the silence and find healing in the truth — not only for ourselves, but for our country and for the world,” concludes Asner on an upbeat note.

What Smith hopes comes across is both the film's position — namely, that “we've been lied to about 9/11” — and “the reasons that so many of us have accepted that lie.” Asner's personal reflections on the film reveal that, in his mind, Smith has achieved those twin goals: “Finally, a documentary that addresses why people can't — or won't — hear the truth about 9/11.”

Looking back on the venture from its inception, Smith muses, “Making this film was a calling, an effort to wake up people to the danger of our times and to help them understand that, as Americans, we have the capacity to face this deception and become the liberty-minded nation we've always thought we were.”

The Demolition of Truth can be purchased as a DVD in the AE store. It can also be bought via digital HD streaming or downloading at 911truth.us.