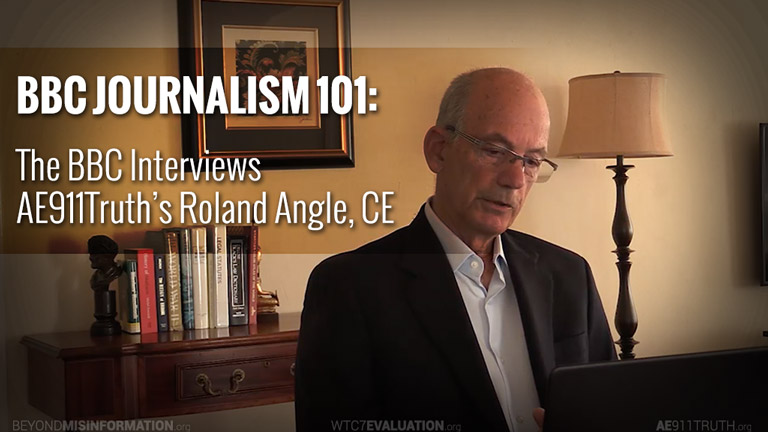 Two weeks ago, the BBC published a vapid iteration of its unrivaled brand of anti-journalism on all things 9/11, which it unironically titled: “The people who think 9/11 may have been an ‘inside job.’”

Unlike the hate-mongering Gizmodo article of two weeks before that, the BBC piece adopted a softer tone, trotting out the familiar trope of suggesting that people believe in “conspiracy theories” because of their supposed “need for an explanation that’s proportional to the event itself.”

We’re told there’s a “dissonance that results when people hear that a relatively small group of men using low-tech weapons caused such cataclysmic carnage.” It’s as if the author, Chris Bell, and the expert he quotes never considered that cognitive dissonance is the very reason so many people cling to the official narrative despite being faced with the overwhelming evidence of its falsity.

Featured in Bell’s piece are, among others, British 9/11 family member Matt Campbell and AE911Truth’s board member, Roland Angle, CE, a civil engineer of 50 years. Bell writes of Angle:

“Any apparent discrepancy [regarding the BBC’s reporting of WTC 7’s total destruction 23 minutes before it actually occurred] was cleared up by a 2008 report by the National Institute of Standards and Technology (NIST) which found that WTC7 collapsed after fires on multiple floors ‘caused a critical support column to fail, initiating a fire-induced progressive collapse that brought the building down’.

“But that did not change the minds of the conspiracy theorists.

“AE911 Truth board member Roland Angle alleges there are significant errors in the NIST report. ‘We're trying to clear up the reputation of our own profession,’ Roland tells me. ‘We can say what didn't happen that day, no matter what the government report says.’

Fortunately, anticipating that there would be a disconnect between the article and what actually transpired in the interview with Chris Bell, Roland Angle decided to tape it.

Today, we released the video on Facebook and YouTube. We invite you to watch the interview, meet Roland Angle (who also appeared in 9/11: Explosive Evidence — Experts Speak Out), and see for yourself whether he’s a “conspiracy theorist” in need of an explanation. 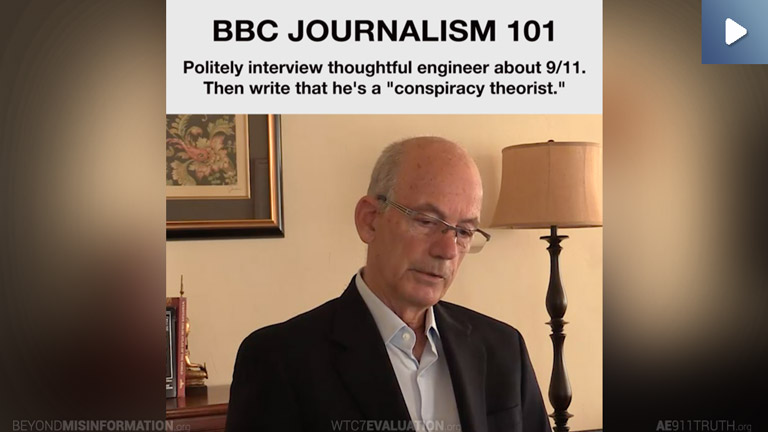 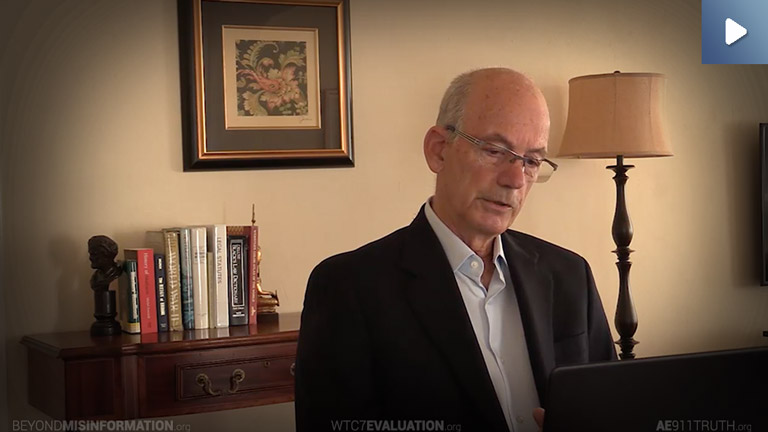