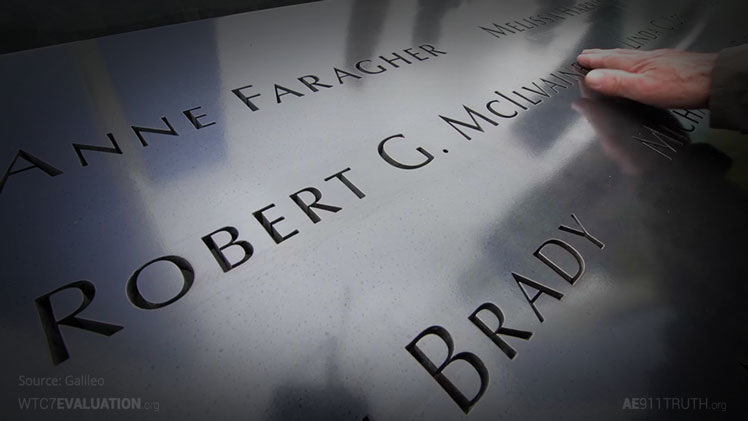 The following statement was released on April 19, 2018, by nine family members of 9/11 victims who are affiliated with the organization Architects & Engineers for 9/11 Truth, in response to the controversy surrounding Charlotte Councilwoman LaWana Mayfield's comments on social media about 9/11.

We, whose loved ones were killed in the events of September 11, 2001, hereby express our appreciation for Charlotte Councilwoman LaWana Mayfield bringing attention to the unanswered questions surrounding the destruction of World Trade Center Buildings 1, 2, and 7.

For sixteen long years we have waited for truth and justice. During this time, an abundance of evidence has been gathered that casts serious doubt on the official explanation for the destruction of these three skyscrapers.

While we do not know the particulars of Ms. Mayfield’s view regarding the airplanes involved in the attacks and therefore cannot endorse any such views, we commend her promotion of sound scientific research into the World Trade Center’s destruction. 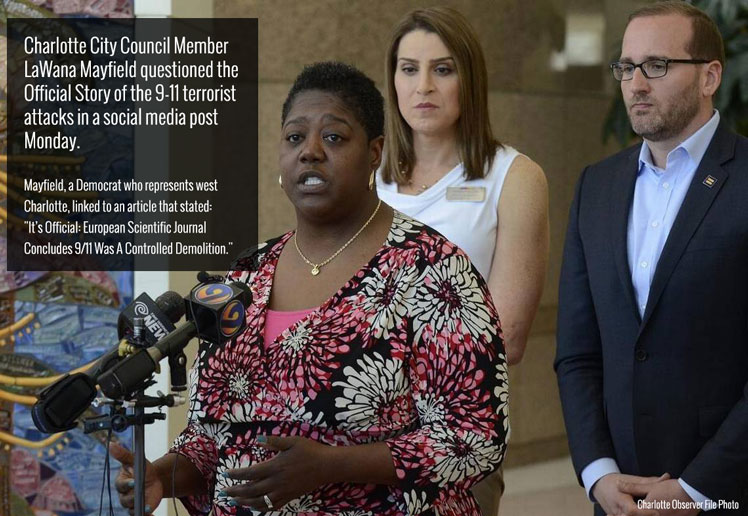 Much of that research is presented in the excellent feature article, “15 years later: on the physics of high-rise building collapses,” published in the prestigious Europhysics News in August 2016. That scholarly work is the subject of the online news article that Ms. Mayfield posted on her Facebook page earlier this week.

We are pained and disappointed by the treatment Councilwoman Mayfield has received, especially in the news media. It is one thing for constituents to be upset by the information she is sharing and to express that feeling respectfully. It is another for the news media to portray the response to Ms. Mayfield’s Facebook post as one of universal outrage, when, in fact, many of the comments on her post, including some from FDNY members and families, have been positive.

We hope the residents of Charlotte and citizens across the U.S. will take the time to research the information presented in the aforementioned article. We then recommend examining the material published at AE911Truth.org by the organization Architects & Engineers for 9/11 Truth, which today represents close to 3,000 architecture and engineering professionals.

We invite those who share our desire for a new investigation to join us in supporting the Bobby McIlvaine World Trade Center Investigation Act by going to AE911Truth.org/Justice.