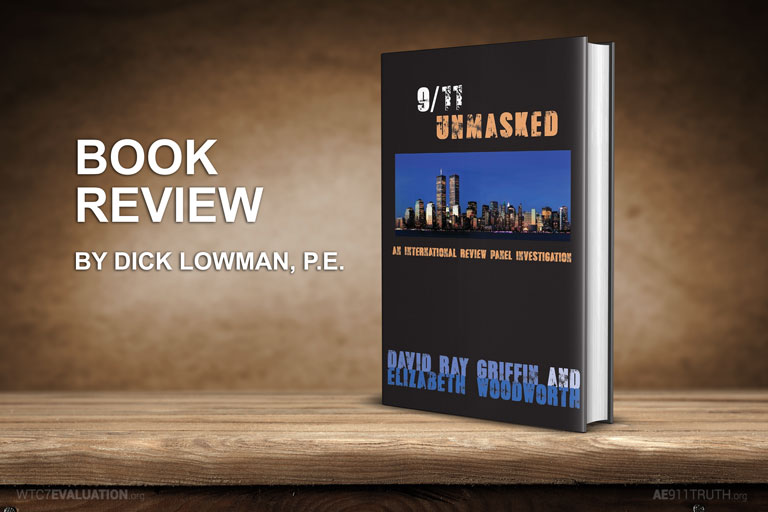 The Magnum Opus of the 9/11 Consensus Panel: A Review of Griffin and Woodworth’s ‘9/11 Unmasked’

Over the past 17 years, the Internet has been replete with videos and articles that purport to investigate, analyze, and explain 9/11. For anyone curious about whether the official story is true or not, the biggest challenge lies not in finding material on the subject, but in sifting through it all to determine what is verifiable or merely speculative, factual or false, relevant or irrelevant. 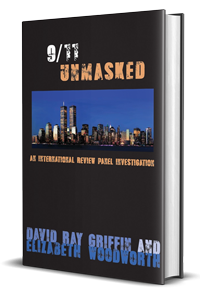 9/11 Unmasked was released on September 11, 2018.9/11 Unmasked is the end product of a seven-year effort by two top experts in the field who have thoroughly analyzed the available evidence and are presenting the documented and relevant material in a succinct single volume. To ensure that no aspect of their research would be overlooked or misrepresented, the authors, David Ray Griffin and Elizabeth Woodworth, assembled and employed an impressive roster of international reviewers called the 9/11 Consensus Panel. This panel, according to the book, "includes people from the fields of physics, chemistry, structural engineering, aeronautical engineering, piloting, airplane crash investigation, medicine, journalism, psychology, and religion.” Each of the panelists is identified and credited by name and qualifications.

The book also explains the purpose of the panel: "to provide the world with a clear statement, based on expert independent opinion, of some of the best evidence opposing the official narrative about 9/11.”

Griffin and Woodworth set the bar very high when determining what constitutes “best evidence.” Indeed, given the 875 reference notes that document virtually every statement, it seems improbable that any valid criticism of the panel's consensus points can ever be found.

That said, critics of panels like this sometimes allege that panelists can be influenced, consciously or subconsciously, by the opinions of fellow members. The “groupthink” phenomenon, these detractors say, often comes into play, making panelists reluctant to express any opinion contrary to the group's position. In particular, a lower ranking or passive person might mimic the opinions of a higher ranking or more aggressive member of the group.

To avoid any possibility of groupthink, the authors employ the Delphi Method as a model for achieving best-evidence consensus. This method provides all panel members with a way of sharing their honest opinions without being influenced or constrained by external sources. Questions are sent in writing to each member individually to prevent anyone from being swayed by what other members are saying. Any subject receiving less than an 85% consensus from reviewers is removed from consideration.

Thus far, the international team of 9/11 Consensus panelists has reached agreement on 51 points where documented evidence conclusively contradicts the official story. Each point is addressed in its own chapter, and the 51 chapters are grouped into nine categories:

Each chapter is structured in a format akin to an executive summary. First, a claim that constitutes a part of the official account is summarized and presented with references to source material. The official claim is followed with facts that disprove it, and those facts are amply documented with notes at the end of the book.

Although 9/11 Unmasked is comprehensive, the authors have refrained from “going overboard” when additional information is available but not needed for their purpose. For example, in Chapter 14, “The Assumption that NIST’s Analysis of the Collapse Initiation of WTC 7 Is Valid,” the presentation of evidence contradicting NIST’s account is direct and to the point. Despite its succinctness, Chapter 14 conclusively shows that NIST’s account is flawed. Compare that to the far more detailed analysis of the WTC 7 collapse in this video, “A Critique of the NIST WTC Building Failure Reports and the Progressive Collapse Theory,” published by Architects & Engineers for 9/11 Truth. In that video, the portion analyzing the WTC 7 collapse spans 40 minutes. 9/11 Unmasked boils that complex subject down to slightly more than one page.

Those who have done much reading on the subject will appreciate how the authors have winnowed out the relevant facts from material that might be controversial or speculative. One example is how the movements of Mohamed Atta prior to 9/11 are handled in Chapters 40, 41, and 44. As experts in the field, the authors were certainly aware that other available information on the movements of Atta could potentially open up a whole new world of leads to follow. However, the authors have limited their report to just those movements of Atta that were solidly documented as being contrary to the official account and relevant to their purpose.

One challenge the panelists face in analyzing the official account is that it is often a moving target, i.e., an evolving narrative. In nine of the 51 chapters (Chapters 11, 12, 19, 20, 29, 30, 36, 49, and 50, to be specific), the authors show how the government's story has changed over time. In each of those chapters, they provide verifiable evidence that discredits the multiple versions.

9/11 Unmasked stands out not only for what is included, but also for what is not included. There is no speculation about who perpetrated the attacks. Moreover, emotional subjects such as first responder cancer deaths are not mentioned. 9/11 Unmasked simply lays out the facts that show the official story cannot be true.

Any one of the 51 chapters, by itself, presents ample evidence to disprove the official account. When all 51 are taken together, the evidence is overwhelming and the conclusion inevitable: A new, independent investigation of 9/11 is imperative.

In the technical world, executive summaries of research are typically presented in one or two paragraphs. The events of 9/11 are so complex, so far-reaching, that one or two paragraphs on any aspect of the subject hardly suffices. Yet Griffin and Woodworth’s 308-page book might rightly be considered an executive summary of their many years of research, presented as a non-political, non-controversial compilation of facts.

9/11 Unmasked is destined to be the Bible, the foundation, the go-to source of future research. It belongs on the bookshelf of anyone who has nagging questions about what really happened on September 11, 2001. And it will surely be on the desk of each and every government official who might one day be tasked with reinvestigating that monumental event.

9/11 Unmasked can be purchased on Amazon.