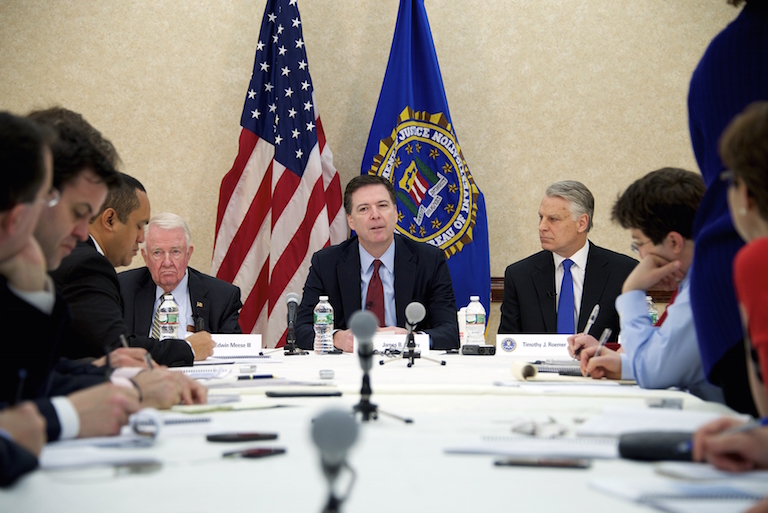 The Lawyers’ Committee for 9/11 Inquiry, Architects & Engineers for 9/11 Truth, and 9/11 victim family members Robert McIlvaine and Barbara Krukowski-Rastelli announced today a joint federal lawsuit filed in the U.S. District Court for the District of Columbia against the U.S. Department of Justice and the FBI for their failure to perform a congressionally mandated assessment of any evidence known to the FBI that was not considered by the 9/11 Commission related to any factors that contributed in any manner to the terrorist attacks of September 11, 2001.

The action for declaratory and injunctive relief is being brought under the Administrative Procedure Act (APA), 5 U.S.C. 702, 706, and the federal mandamus statute, 28 U.S.C. 1361, because of federal agency failures to comply with the mandate from Congress.

The complaint cites the failure of the FBI and its 9/11 Review Commission to assess key 9/11-related evidence that the FBI can be shown to have had, or been aware of, regarding:

This is evidence relevant to the 9/11 Review Commission’s and the FBI’s compliance with the mandate from Congress, which should have been assessed by the FBI and the 9/11 Review Commission and reported to Congress. The complaint also cites the destruction by the FBI of evidence related to the “High Fivers.” Architects & Engineers for 9/11 Truth has joined in bringing the counts that involve the evidence of the World Trade Center's explosive demolition and evidence related to the "High Fivers," while the other plaintiffs are party to all counts.

A news conference was held after the filing near the U.S. District Courthouse in Washington, D.C.

Please visit AE911Truth.org/FBI to learn more and contribute to this historic lawsuit.