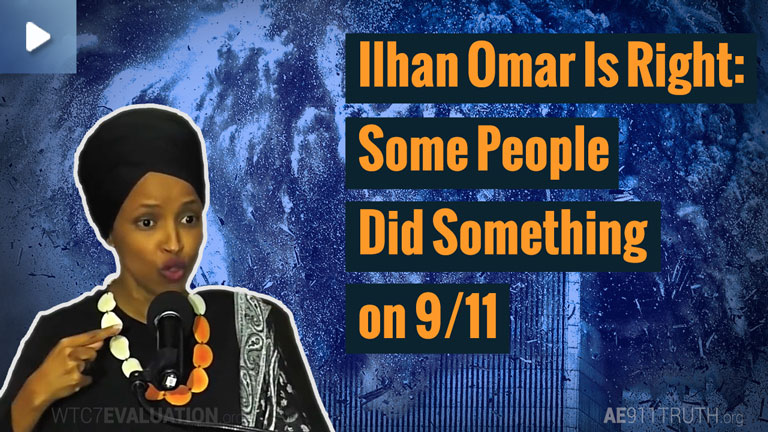 Ilhan Omar Is Right: Some People Did Something on 9/11

Today, Architects & Engineers for 9/11 Truth released a new video: “Ilhan Omar Is Right: Some People Did Something on 9/11.”

A snippet from U.S. Representative Ilhan Omar’s recent speech at the Council on American-Islamic Relations, in which she referred to 9/11 by saying that “some people did something,” went viral last week. It triggered a torrent of manufactured outrage — including a tweet by President Donald Trump — claiming that she was trying to downplay the horror of 9/11 and resulting in death threats against her.

The underlying truth, which has been completely missed throughout the controversy, is that the public still doesn’t know exactly “who” did something on 9/11 and “what” that something was.

This video features some of the many reporters and anchors who brought us the story of “what” really happened on 9/11, before that story was suppressed. In order of appearance:

We encourage everyone to share this video widely and inject some reality into the debate surrounding Representative Omar’s remarks.