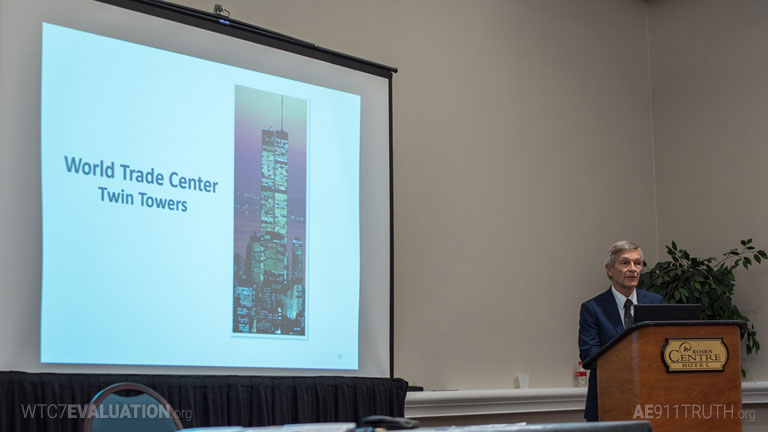 Project Due Diligence One Year In: Educating Engineers Across the U.S. About 9/11

The relentless push by Architects & Engineers for 9/11 Truth for a new investigation into the destruction of the three World Trade Center towers has opened a promising new front over the past year thanks to the volunteer efforts of more than 40 engineers.

In May of 2018, AE911Truth launched a bold initiative called Project Due Diligence (PDD) aimed at engaging and educating the nation's civil and structural engineers. The project is spearheaded by AE911Truth board member Roland Angle, CE, who has made it his mission to galvanize America's engineering community to restore the professional and scientific credibility it lost after 9/11. 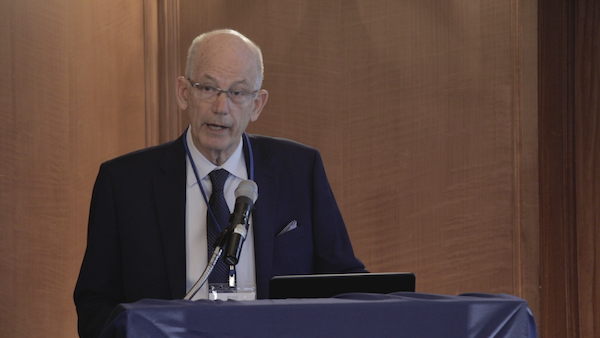 Civil engineer Roland Angle speaks at the first presentation of Project Due Diligence in April 2018 at the Marines’ Memorial Association in San Francisco.Angle is a civil engineer who was trained in the use of explosives while in the U.S. Army Special Forces (see his bio with those of other key volunteers below). He has joined other AE911Truth members to create a PowerPoint presentation called, “A Critique of the NIST WTC Building Failure Reports and the Progressive Collapse Theory.” The presentation outlines the many errors, omissions, and false premises contained in the official reports, which were published by the National Institute of Standards and Technology (NIST) and endorsed by the American Society of Civil Engineers (ASCE).

The PDD presentation also cites major errors in Zdeněk Bažant's “Progressive Collapse Theory,” which he submitted to the ASCE just two days after 9/11 and was published in their Journal of Engineering Mechanics just a few months later. AE911Truth takes the position that the ASCE leadership performed unethically from the start of the official investigations. In addition to failing to protest the illegal removal of debris (i.e., physical evidence) from the WTC crime scene, the ASCE continues to suppress scientific challenges to the data and methodology used by both the Bažant and NIST analyses, which misrepresent the building collapse mechanisms.

Angle and his team maintain that it is the professional duty of engineers to become familiar with the official reports endorsed by the profession’s most publicly visible organization (ASCE) and to assess the merit of any challenges to those reports. It is incumbent upon engineers, they argue, to carefully review all discourse on these catastrophic building failures in order to ensure public safety and uphold U.S. engineering standards.

PDD's outreach constitutes a novel attempt to build a self-expanding contact network. The program currently has 42 volunteers (who are civil, structural or mechanical engineers recruited from among AE911Truth petition signers). Their immediate goal is to reach out to the 160 local branches of the ASCE. They have already begun to expand the effort to include other engineering organizations and the general public.

The presentation process is efficient and flexible

Presentations are anchored by the PDD slideshow, first used by Angle in a video address at the Marines' Memorial Association in San Francisco. Presenters receive a flash drive containing the video as well as the original PowerPoint slides. Presenters can show the video or use the slides with their own narration. 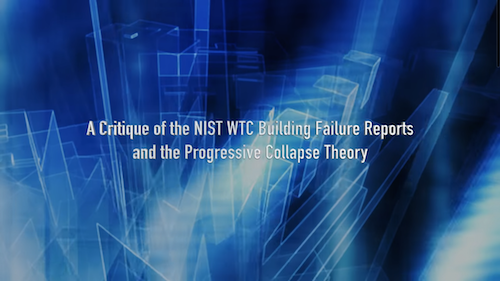 The opening of the PDD video.The original video is 78 minutes long but may be divided into two parts. Part one is devoted to problems with NIST's Building 7 analysis. It makes heavy use of preliminary findings released by Dr. Leroy Hulsey, who is completing his study, “A Structural Reevaluation of the Collapse of World Trade Center Building 7” at the University of Alaska Fairbanks. Part two uses data that refutes the official account of the Twin Towers’ destruction. Faulty premises in Bažant's analysis are also examined because that theory was later cited in the NIST report as an explanation for the towers’ total collapse, which NIST did not attempt to explain, instead only carrying its analysis up to the point where it says the buildings were poised to collapse.

Versions of the presentation more suitable for the general public are also being developed.

More than 10 presentations have already taken place, and positive audience feedback has predominated. To date, 100 percent of attending engineers have indicated their approval of the presentation. Most were not previously familiar with the NIST reports and seemed to appreciate what they learned from the presentation. PDD’s engineers hope that this positive feedback will supersede overt attempts by the ASCE national leadership to prevent their presentations from being given at ASCE branches.

Overlapping the ASCE outreach is a second wave directed at other engineering organizations. A primary target is the National Society of Professional Engineers (NSPE). PDD’s engineers have encountered little resistance from this organization and believe this was due to the NSPE not being part of the original investigations.

In addition to presentations at local ASCE and NSPE branches, presentations have been held during the ASCE's Forensic Engineering 8th Congress in November of 2018 and the ASCE’s Structures Congress in April 2019. Advertised during the day at each conference, the presentations were made at nearby hotels in the evening. Each was attended by a dozen and half a dozen Congress participants, respectively, as well as several local AE911Truth petition signers. 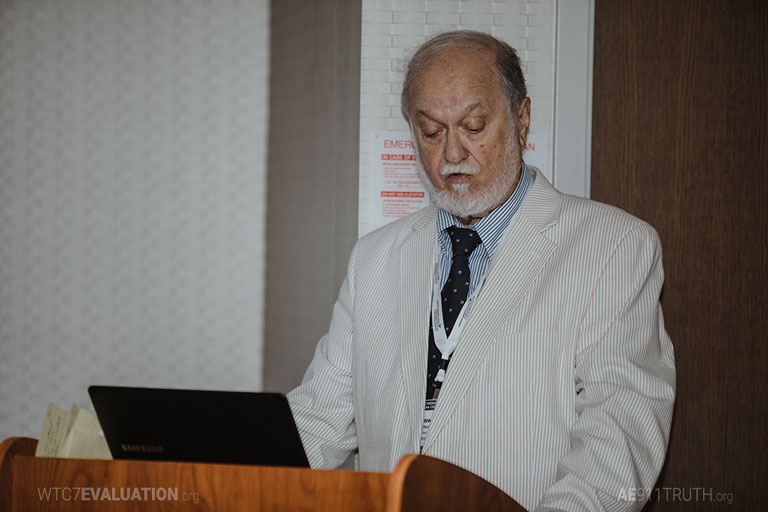 Dr. Oswald Rendon-Herrero spoke at the November 30th PDD presentation in Austin, TX. He is a professor emeritus of civil engineering at Mississippi State University, was one of the original founders of the ASCE’s Forensic Engineering Congress, held every three years, and he was co-chair of the Forensic Engineering 2nd Congress in 2000. 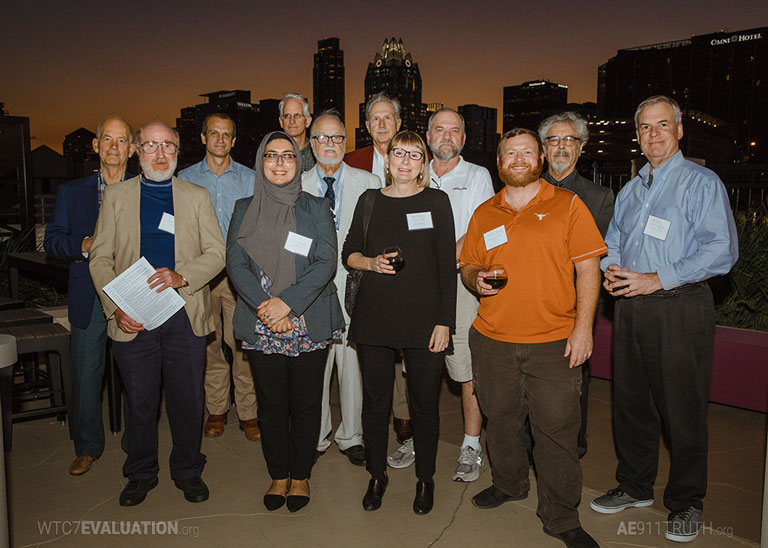 Attendees of the November 30th PDD presentation in Austin, TX, gather for drinks and conversation. 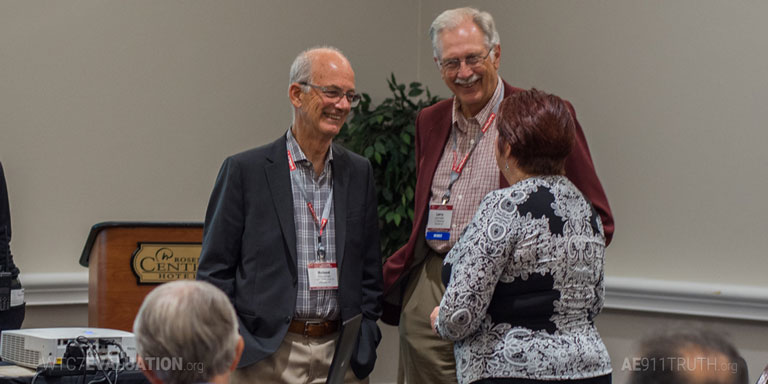 Who are the volunteers for Project Due Diligence?

Here are several of the original members of the group, who bring their own expertise and experience to the project:

Roland Angle, CE, is a civil engineer with a Bachelor of Science degree from UC Berkeley. He has 50 years of experience in the design and testing of blast-hardened missile launch facilities and in the design of U.S. Naval explosive’s containers, harbor terminal facilities, earth foundation systems, and hydraulic systems. He has owned three construction companies and has taught high school engineering-related subjects.

Lynn Affleck, PE, has a BS in civil engineering from the University of Utah and first worked as a structural engineering specialist, designing heavy structures for the petrochemical industry. He went on to establish his own engineering business, which he operated for 21 years. He returned to engineering with a new consulting firm for which he continues to work part-time.

Jeffrey Bishop has a BS in civil engineering from the University of Texas at Austin. Since graduating in 2010, his work has focused on designing architectural building envelopes for high-rise structures and industrial projects.

Charles Coleman, PE, has a BS in civil engineering from San Diego State University and did civil engineering graduate studies at Uppsala University in Sweden. He worked as a surveyor with the California Aqueduct Project, and then went on to a 42-year career in structural steel design involving the Trans-Alaska Oil Pipeline as well as working on construction projects in Saudi Arabia. He has worked for the Alaska Department of Transportation and done private consulting. He also has piloted large Boeing jets for American Airlines. He was flying 757s and 767s for AA's International Division at the time of 9/11. In fact, he had served as captain on two of the jets that were alleged to have been hijacked: AA11, which is alleged to have flown into the WTC North Tower; and AA77, which is alleged to have hit the Pentagon.

Larry Cooper, PE, has a BS in civil engineering from the University of Wisconsin and an MS in structural engineering from the University of Illinois. He has 40 years’ experience as a consulting engineer involved in structural design and construction of major wastewater treatment facilities as well as highway and railway bridges. His first consultancy led him to become involved in the Israeli-Palestinian conflict in the late 1960s, and he became affiliated with an organization called Unitarian Universalists for Justice in the Middle East.

Bill Graham, PE, received a BS in mechanical engineering and a BA in environmental studies from the State University of New York at Stony Brook, an MS in civil engineering from the New Jersey Institute of Technology, and a master of management degree from Northwestern University. He has more than 40 years of experience in engineering studies, design and construction, working with government and industrial clients in chemical, civil, and environmental spheres.

Michael Herzig has a BS in civil engineering from the University of Colorado at Boulder and has retired with 42 years of experience in public works. He was employed for 11 years by the City of Los Angeles Bureau of Engineering, where he did street, drainage, and wastewater system design, as well as construction management. He also supervised operations in their hydraulic research laboratory and performed failure analysis in the wake of various environmental disasters. He supervised engineers for the City of Fort Collins, CO, working on transportation facility design and plan review. This experience included analysis of reinforced concrete and steel bridges.

Gene Johnson has a BS in mechanical engineering from the South Dakota School of Mines and Technology and more than 30 years of construction and mining experience. He designed and used heavy machinery in open pit mining operations and is familiar with the use of explosives.

Dan May received a BS in civil engineering from Marquette University and began his career doing construction management. He moved on to the field of employee safety in industrial plants where he gained considerable experience in root cause analysis following workplace accidents. He has an understanding of forensic engineering investigations. Dan also has an MBA and does product development work.

Kathy McGrade has a BS in materials engineering from the New Mexico Institute of Mining and Technology and has done related graduate studies at Stanford University. She began her career working for various start-up companies, including Starstruck, where she developed satellite-delivery rockets; and Metcal, where she worked with shape-memory alloy materials.

Zaida Owre, PE, has a BS in civil engineering from UC Berkeley. She is retired after more than 20 years working for the Pacific Gas and Electric Company and the Alameda County Public Works Agency in California.

Fred Schaejbe, PE, has a BS in civil engineering from Tufts University and received a scholarship to the University of Illinois to obtain his MS in structural engineering. For 21 years he worked in structural design and project management involving steel structures for offshore drilling operations and production platforms for the oil and gas industries. After moving to Wisconsin, he devoted another 24 years to civil engineering projects.

John Schuler, PE, has BS and MS degrees in civil engineering from Lehigh University and the University of Alaska, respectively. He has 27 years’ experience with geotechnical and transportation projects, including 15 years with the Virginia Department of Transportation.

Tony Szamboti has a BS in mechanical engineering from Villanova University. He has decades of experience in the aerospace and communications industries and has designed many types of structures for use in dynamic environments.

For updates about Project Due Diligence, stay tuned to the weekly radio show 9/11 Free Fall, where presenters are interviewed after giving their presentations. To listen to archives of past interviews with presenters, go to www.911freefall.com.