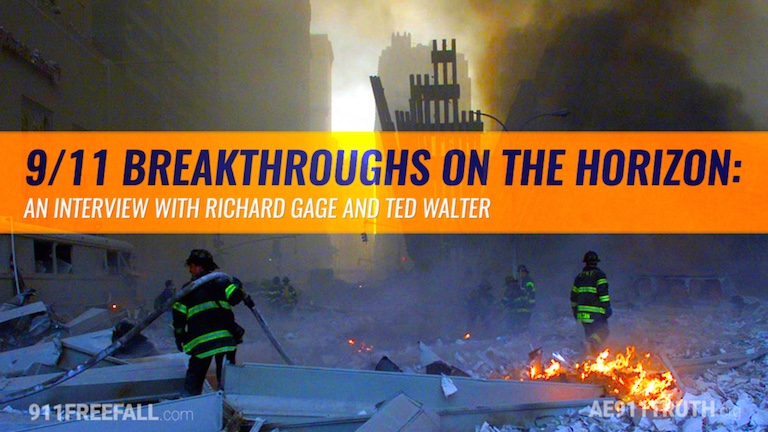 9/11 Breakthroughs on the Horizon: An Interview with Richard Gage and Ted Walter

On this week’s episode of 9/11 Free Fall, Andy Steele is joined by AE911Truth’s Richard Gage and Ted Walter to discuss the initiatives and events taking place around this year’s 9/11 anniversary, including the release of the World Trade Center Building 7 Study by Dr. Leroy Hulsey at the University of Alaska Fairbanks and AE911Truth’s outreach to Congress with the Franklin Square and Munson Fire District in New York.

We invite you to listen on SoundCloud or YouTube.