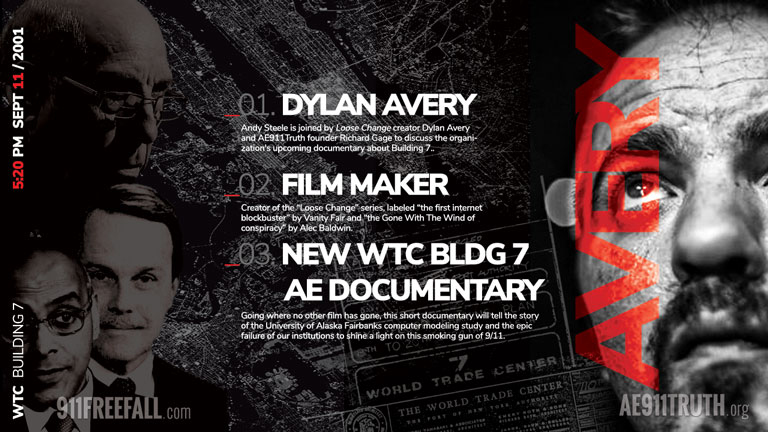 Going where no other film has gone, this short documentary will tell the story of the University of Alaska Fairbanks computer modeling study and the epic failure of our institutions to shine a light on this smoking gun of 9/11.

Dylan, Richard, and the staff and volunteers at AE911Truth are grateful to the many people who donated to make this production possible.

We invite you to listen to the interview on SoundCloud.