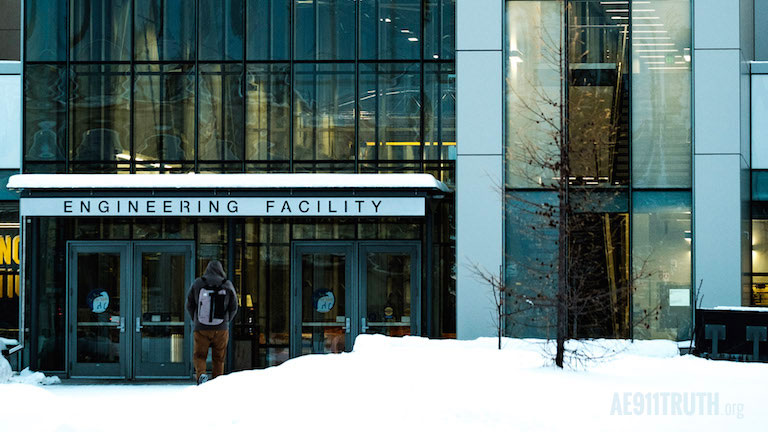 UAF Final Report to Be Published in Early 2020, Kicking Off Year of Intensive Outreach

Architects & Engineers for 9/11 Truth is pleased to announce that the final report of the University of Alaska Fairbanks computer modeling study on World Trade Center Building 7 will be published early next year.

The draft report of the UAF Building 7 study was released on September 3, 2019, initiating a two-month public comment period that ended on November 15.

In the weeks since the end of the public comment period, Dr. Leroy Hulsey, the study’s lead researcher, has reviewed several dozen comments submitted by members of the public as well as the evaluations performed by independent technical reviewers. He and his team are now preparing the final report, taking into account the valuable input received.

The release of the final report early next year will kick off an intensive period of outreach as we expand our efforts to share the UAF study with engineering organizations and universities around the world and with elected officials in Washington, D.C. — through Project Due Diligence presentations, mailings, letter writing, meetings with congressional offices, and more. At the same time, we will continue working to raise public awareness through our upcoming Building 7 documentary and other initiatives.

We will also take the UAF final report directly to NIST by filing a formal Request for Correction under the Information Quality Act, pressuring NIST to correct key aspects of its Building 7 investigation that are now proven to be false and to have materially affected its findings.

We look forward to working with our partners and with thousands of concerned citizens to bring this groundbreaking study — and the truth about Building 7 and the Twin Towers — to the engineering and building professions, our elected officials, and the public in 2020.