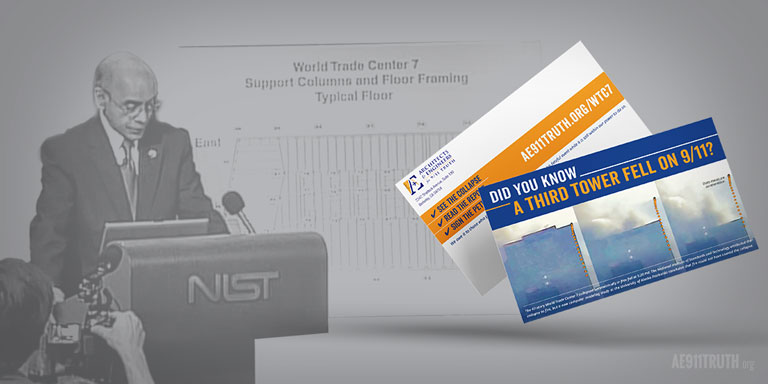 In less than two weeks, the final report of the University of Alaska Fairbanks study on World Trade Center Building 7 by Dr. Leroy Hulsey will be released!

I need your help today to make sure this groundbreaking report is not swept under the rug by the media, the engineering community, and NIST itself. We must raise $75,000 by March 31 to share the UAF report far and wide and to legally challenge NIST on its fraudulent Building 7 report.

Fortunately, a donor who believes deeply in the need to confront NIST has stepped forward with a generous matching gift of $25,000! He is challenging the community — including you — to equal his pledge. And he’ll only give as much as we raise!

When you give today, your gift will be used to draft and submit a formal “Request for Correction” that forces NIST to correct the demonstrable falsehoods in its Building 7 report. Not only that, it will inform tens of thousands of engineers about the UAF report by sending postcards to a whopping 50,000 engineers, funding two dozen engineering presentations between now and August, and more.

Remember, you must give by March 31 for your donation to be DOUBLED.

Will you give today to share the UAF report widely and ensure that NIST is held accountable for its fraudulent Building 7 report?

P.S. A donor is challenging you with a $25,000 matching gift. Give before March 31 to have your gift DOUBLED and spread the UAF report far and wide!