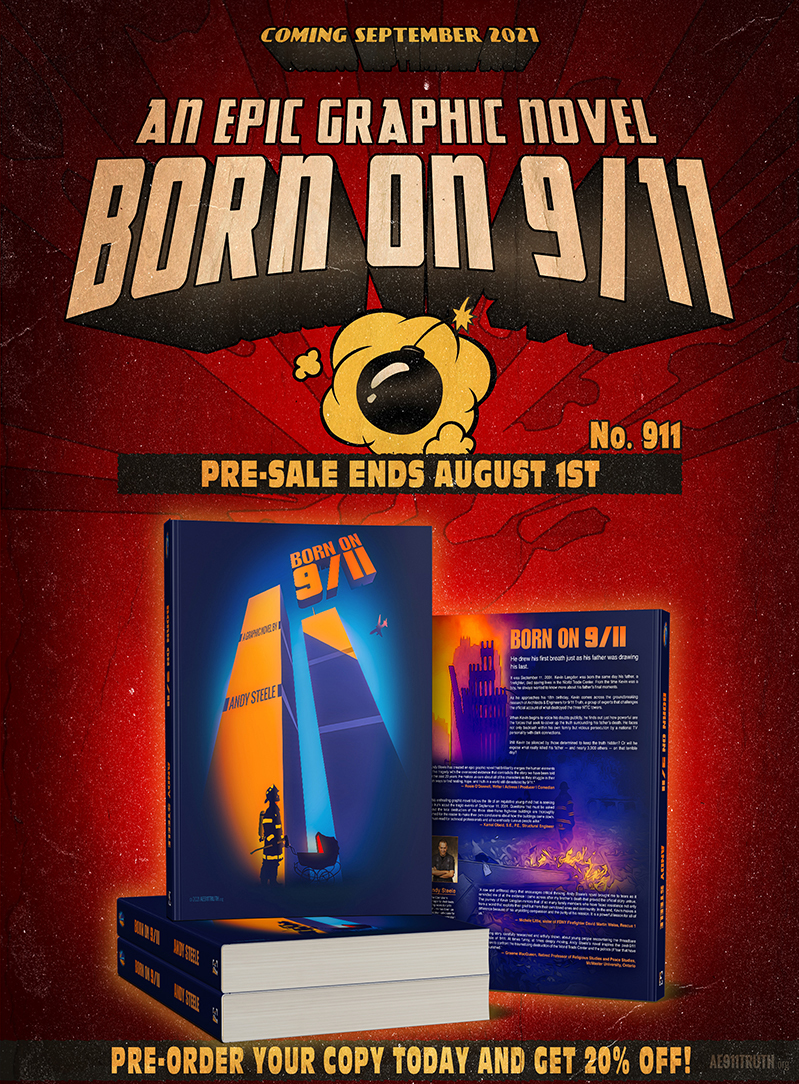 AE911Truth is proud to announce the upcoming release in September of the extraordinary graphic novel Born on 9/11.

More than four years in the making, this remarkable 380-page book, filled with captivating images and characters, is the creation of Andy Steele, the operations manager of AE911Truth and host of the podcast 9/11 Free Fall.

Born on 9/11 tells the fictional tale of a young man who was born on September 11, 2001 — the same day his father, a firefighter, died in the World Trade Center. As he comes of age, the son begins to question the official story of 9/11 and wages a battle to expose the truth about his father’s murder.

Actress and comedian Rosie O’Donnell had this to say after she read it:

“Andy Steele has created an epic graphic novel that brilliantly merges the human elements of this tragedy with the overlooked evidence that contradicts the story we have been told for the past 20 years. He makes us care about all of his characters as they struggle in their own ways to find healing, hope, and truth in a world still devastated by 9/11.” 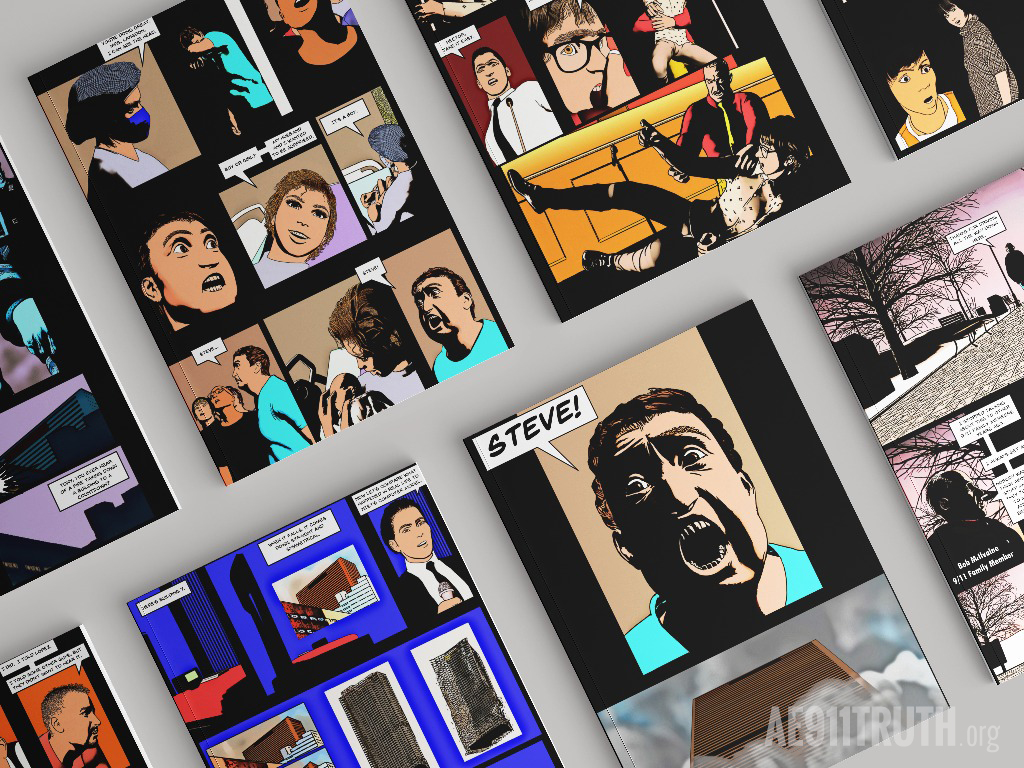