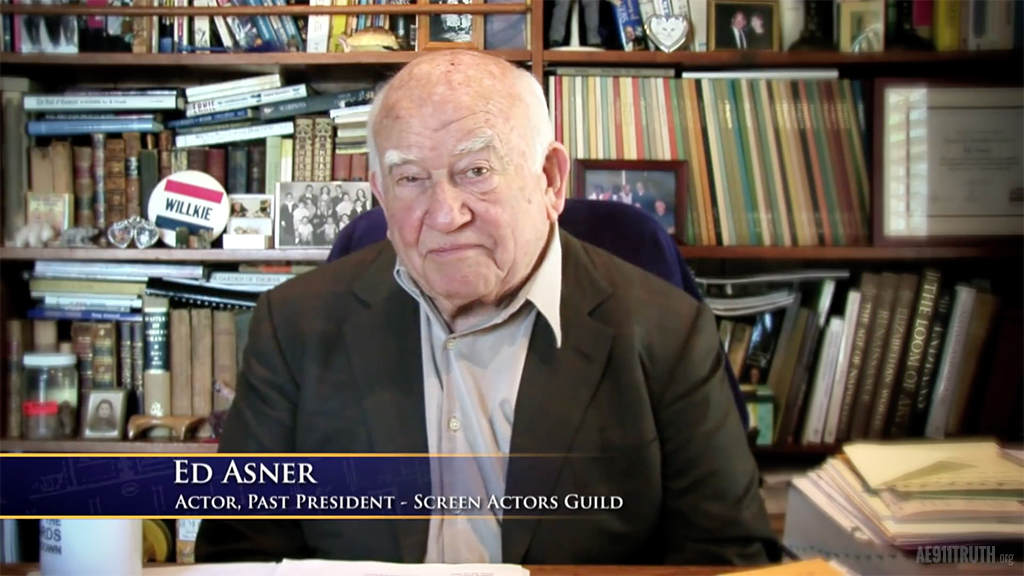 To much of the world, Ed Asner was a beloved actor. To those dedicated to exposing the truth about 9/11, he was a courageous activist who stood up for what he believed in without concern for whether it might hurt his career.

Asner died Sunday at his home in Tarzana, California. He was 91.

A longtime supporter of Architects & Engineers for 9/11 Truth, Asner appeared in two of the organization’s films, hosting Solving the Mystery of WTC 7 in 2011 and narrating the organization’s most recent documentary, SEVEN, in 2020. He also served on the board of directors of the Lawyers’ Committee for 9/11 Inquiry.

As an actor, Asner was equally at home playing comedy or drama. In fact, his most iconic character, Lou Grant, started on The Mary Tyler Moore Show, a comedy, and moved to an hour-long drama called Lou Grant. In recent years, Asner was known for guest appearances in shows like The Good Wife and Dead to Me while appearing in films like Elf and Up.

Perhaps his darkest role was that of ruthless anti-Communist and retired FBI agent Guy Banister in Oliver Stone's JFK. New Orleans DA Jim Garrison, whose investigation the film is based on, alleged that Banister was working for the CIA and that he played a role in JFK's assassination.

In all, Asner had more than 400 movie and television appearances.

A longtime unionist, Asner served as president of the Screen Actors Guild from 1981 to 1985 and was a central figure in the 1980 SAG strike. He was outspoken about many issues, including denouncing U.S. intervention in Central America in the 1980s.

Asner always maintained that it was his political activism and not ratings that was responsible for the cancellation of Lou Grant in 1982.

In 2017, his book The Grouchy Historian: An Old-Time Lefty Defends Our Constitution Against Right-Wing Hypocrites And Nutjobs was published.

Whether through his art or his activism, Asner spent a lifetime trying to make the world a better and fairer place. We at AE911Truth are inspired by his unwavering dedication to the cause of 9/11 Truth, and we will always be grateful for his important contribution to the ongoing work we all care about so much.