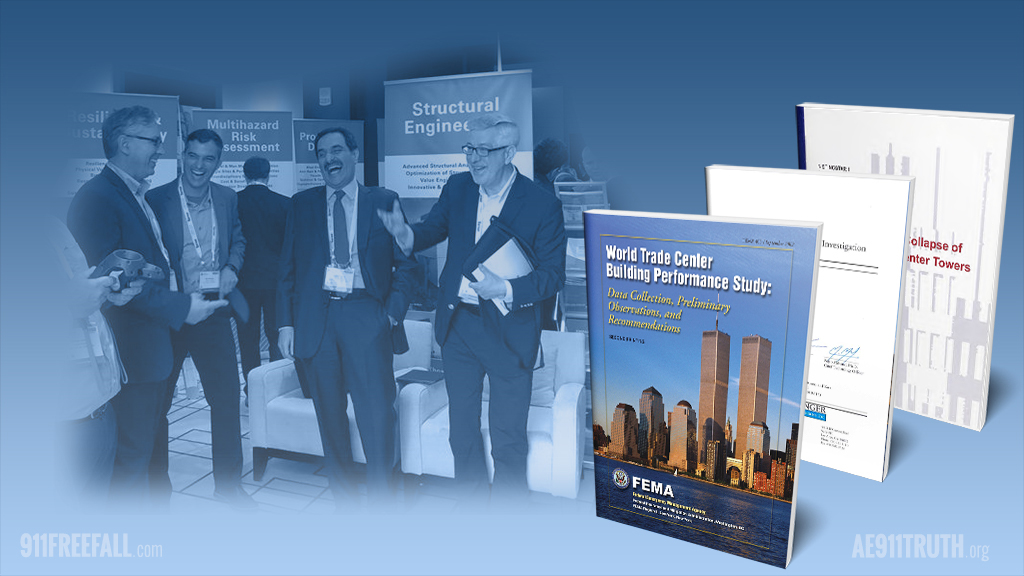 Before his former company, Weidlinger Associates, merged with Thornton Tomasetti in 2015, Abboud led Weidlinger’s studies into the destruction of the Twin Towers and Building 7 as part of the litigation efforts of developer Larry Silverstein.

In this presentation, Abboud puts forth Weidlinger’s theory that the Twin Towers collapsed due to heat-induced failure of the core columns. This theory differs significantly from NIST’s theory that the perimeter columns failed first, as a result of being pulled inward by heat-induced sagging of the floor trusses.

Abboud asserts that all of the studies supporting fire-induced collapse have converged around certain findings. But, in reality, they involve very different collapse initiation mechanisms, and none of them actually analyze how the destruction propagated following collapse initiation.

Angle and Walter methodically refute Abboud’s claims and explain how the NIST and Weidlinger theories are as much at odds with the evidence as they are with each other. In Part 2, Angle and Walter will examine the multiple conflicting fire-based theories for Building 7’s destruction, which are even more numerous and diverse than those for the Twin Towers.