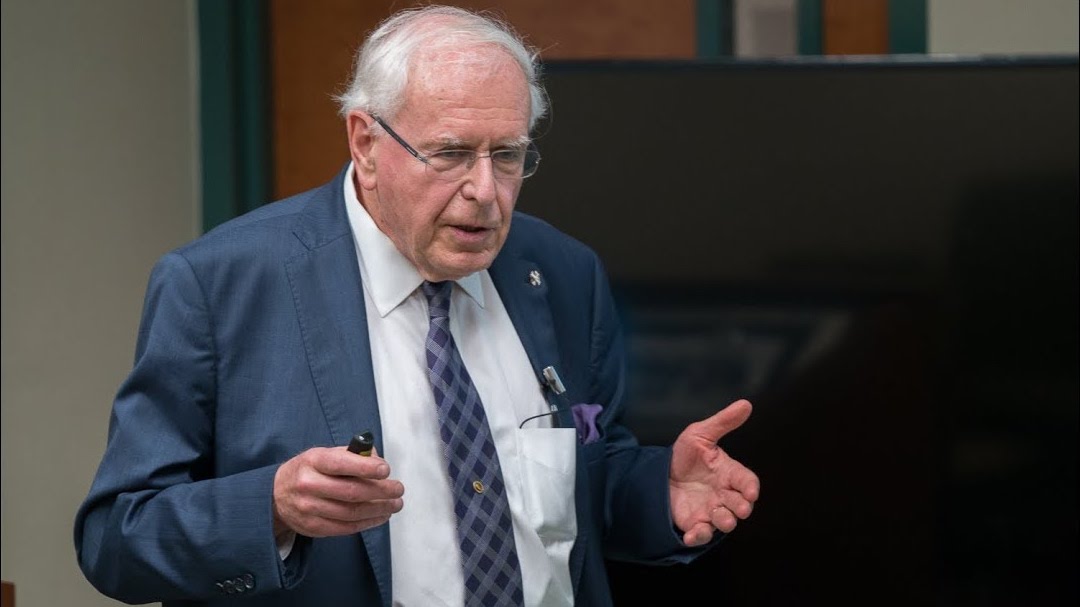 Oh, the Irony: As editor of the Journal of Engineering Mechanics, Zdeněk Bažant wrote a letter encouraging discussions

Between 2001 and 2011, engineering professor Zdeněk Bažant co-authored four papers — all published in the prestigious Journal of Engineering Mechanics, of which he was chief editor from 1988 to 1994 — that today serve as the foundation of the official myth concerning the Twin Towers’ destruction.

Specifically, Bažant’s papers purport to explain how the top of each tower could crush through the roughly 60 and 90 stories of intact structure below them, respectively, without observably slowing down.

Bažant’s analysis is essential to the myth of fire-induced collapse because the National Institute of Standards and Technology stopped its analysis at the point of “collapse initiation.” Where NIST left off — “unable to provide a full explanation of the total collapse” per NIST’s own admission — Bažant assumed the burden of proving that the top of each tower could completely destroy the bottom in a matter of seconds.

Bažant’s attempt to prove this fanciful notion has unjustly benefitted from the now-decade-long refusal by the editors of Bažant’s old journal to publish a discussion paper that critiques his fourth and final paper on the subject, “Why the Observed Motion History of the World Trade Center Towers Is Smooth.”

The discussers, Tony Szamboti and Richard Johns, argue that Bažant and his co-author, Jia-Liang Le, used incorrect input values regarding the weight of the upper section and the strength of the structure below. They contend that when the input values are corrected, Bažant and Le’s analysis shows there would have been a clearly observable deceleration — which there was not, as can be seen in filmmaker Etienne Sauret’s video of the collapse — if the upper section had actually impacted and were responsible for destroying the structure below it.

Szamboti and Johns’ discussion, first submitted in May 2011, was initially rejected by editor Kaspar Willam on specious technical grounds in May 2012. (Yes, the review took a whole year. Meanwhile, a separate discussion of Bažant’s paper was accepted in just 72 days.) Then, after Szamboti and Johns appealed and were invited to submit a revised manuscript in June 2012, it was rejected by co-editors Willam and Roberto Ballarini in August 2013 — a full 14 months later — this time for being “out of scope.”

Fast forward almost a decade. Following a nearly four-year ethics complaint process against Willam and Ballarini for rejecting the discussion as “out of scope,” the journal’s new editor, Dr. Franz-Josef Ulm, agreed to re-review the discussion in April 2022. But his review turned out to be as biased and unfounded as that of Willam and Ballarini. Szamboti and Johns have appealed Ulm’s rejection and are awaiting a new decision. How many more years they’ll have to wait for their discussion to be published — or whether it will be published at all — we shall see.

An ironic new twist to the story came about last week when engineer John Schuler, preparing to give a webinar critiquing both the NIST investigation and Bažant’s papers, happened upon a letter that Bažant wrote in 1991 when he was editor of the journal.

In his letter to the journal’s readers, Bažant lamented the decline in the number of discussions being submitted and the stymieing effect this was having on progress in the discipline. He “strongly” encouraged readers to submit more discussions — urging them not to be afraid of rocking the boat — and offered a number of examples where discussions had resulted in major advances.

Of particular relevance to the World Trade Center, one example Bažant gave was a set of discussions on the 1940 Tacoma Narrows Bridge collapse, which became “milestones in mechanics history.” (The editors of the journal now like to claim that the journal is a venue for “fundamental contributions” to the discipline and not for debates on specific engineering failures.) Also of great relevance, another discussion Bažant cited revealed how the entire field had been wrong about a particular issue for half a century.

Ulm, who is now reviewing Szamboti and Johns’ appeal of his initial rejection, would do well to heed the call of his predecessor, Bažant, and allow Bažant’s paper to be subject to legitimate scientific scrutiny. The credibility of his journal and his field, not to mention the truth about the most important event of the century, is at stake.