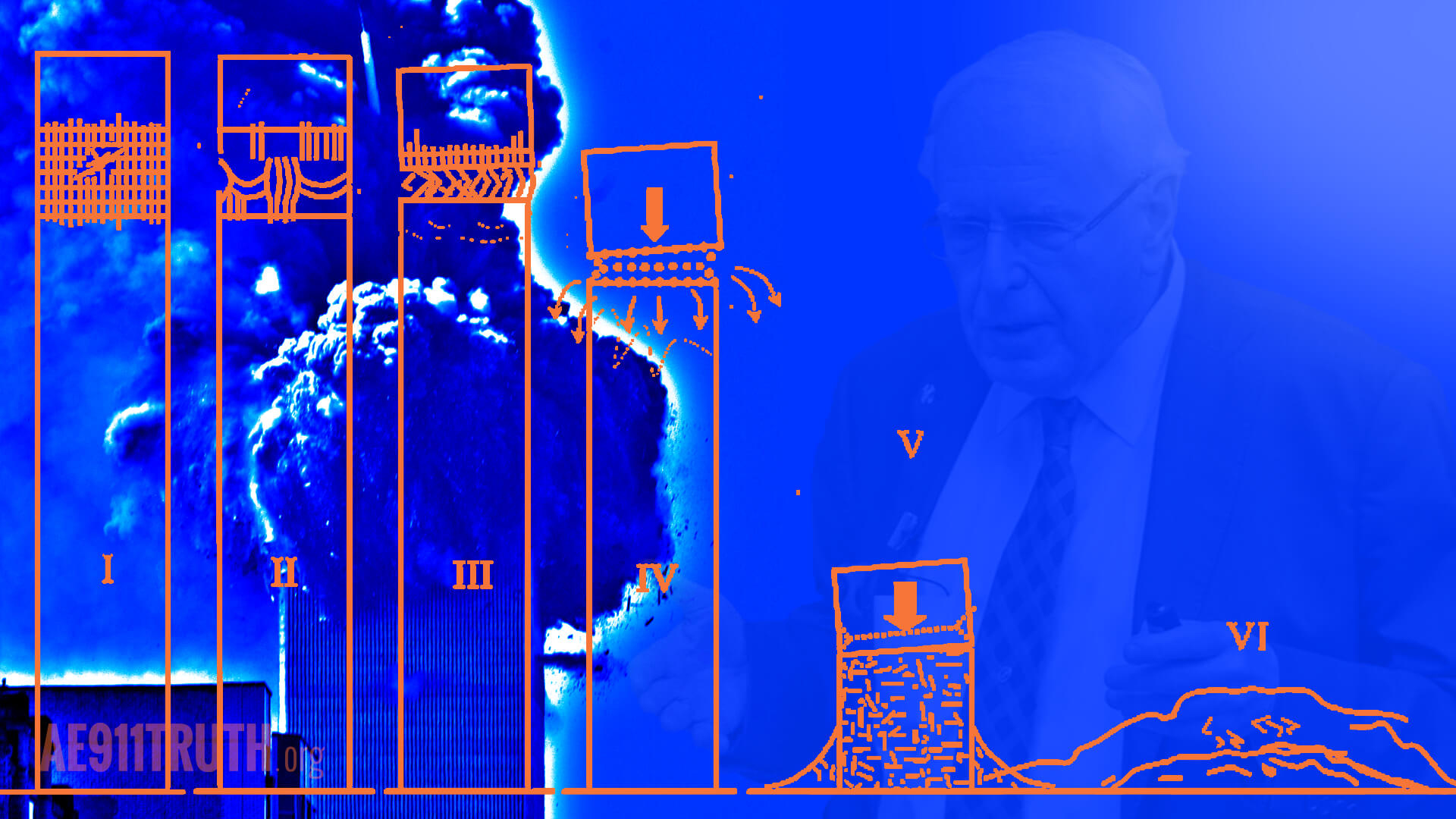 ASCE: The holy scripture of 9/11 will not be challenged

Richard Johns, co-author of a long-censored technical paper on the Twin Towers’ destruction, and AE911Truth’s Ted Walter are this week’s guests on 9/11 Free Fall.

They talk with host Andy Steele about the latest developments in the decade-long saga involving Johns’ paper, which he and co-author Tony Szamboti first submitted to the American Society of Civil Engineers’ (ASCE) Journal of Engineering Mechanics in 2011.

Their paper was critiquing an earlier paper by Zdeněk Bažant and Jia-Liang Le that purported to explain how, through gravity alone, the top of the North Tower could crush through the structure below it without observably slowing down.

Their paper was finally rejected as “out of scope” in 2013, more than two years after they submitted it. One of the editors who rejected it, Kaspar Willam, was a contractor on the NIST WTC investigation. The other editor, Roberto Ballarini, was a co-worker and active co-author of Le’s. Nine years later, Johns and Szamboti are still fighting to have their paper published.