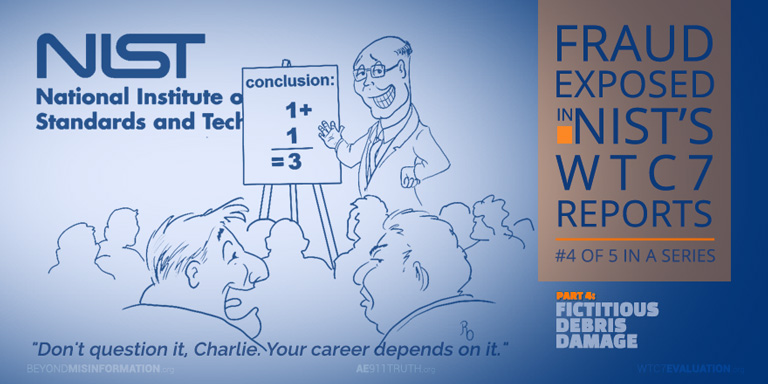 I first noticed the conundrum that suggested that the “10-story gouge” in the side of WTC 7 could not have actually existed back on September 6, 2006, while I was “debating” with Ryan Mackey in an online forum: See Conundrum in June 2004 Progress Report.

NIST's first report, published two years earlier, referred to the “middle 1/4 to 1/3 width of the south face was gouged out from floor 10 to the ground.” It then went on to read: “No heavy debris was observed in the lobby area as the building was exited, primarily white dust coating and black wires hanging from ceiling areas were observed.” — NIST June 2004 Progress Report, Appendix L, page 18

Obviously, debris large enough to create a 10-story gouge, one-fourth to one-third the width of the building, would have landed in the first floor lobby, along with everything it brought down, including the third-floor lobby. 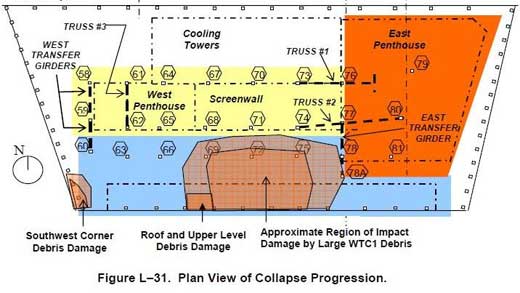 Also, 9/11 researcher Winston Smith found another statement that conflicted with NIST's 10-story gouge theory in the report on WTC 7 from the Federal Emergency Management Agency (FEMA) in Chapter 5 on page 20. It read: “According to the account of a firefighter who walked the 9th floor along the south side following the collapse of WTC1, the only damage to the 9th floor facade occurred at the southwest corner.” See Federal Emergency Management Agency, Chapter 5, WTC 7.

Later I found still two more quotes that were in conflict with NIST's theory of the 10-story gouge.

The first quote came from FDNY Chief Frank Fellini, who was in charge of operations at West and Vesey streets. Referring to “building number seven, which had taken a big hit from the tower,” Fellini said: “When it fell it ripped steel out from between the third and the sixth floors across the facade on Vesey Street.” See World Trade Center Task Force Interview—Chief Frank Fellini—Interview Date: December 3, 2001.

The second quote was an obfuscated comment buried in NIST's Progress Report. Only after careful reading does it become clear what NIST meant in referring to “debris damage across one-fourth width of the south face, starting several floors above the atrium (extended from the ground to the 5th floor*), noted that the atrium glass was still intact.” — NIST June 2004 Progress Report, Appendix L, page L-18 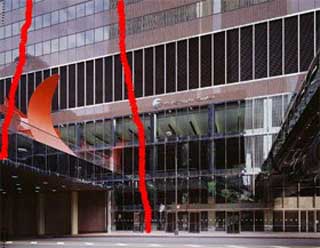 *The atrium, not the damage, extended from the ground floor to the fifth floor. Thus, the “10-story gouge” should have taken out much of the atrium glass; but it didn't, according to this NIST report. See The Evidence for the “10-Story Gouge.”

Despite knowing of these contradictions, NIST's Shyam Sunder told Popular Mechanics the following for its article, “Debunking the 9/11 Myths,” in the WTC 7 Collapse section: “On about a third of the face to the center and to the bottom — approximately 10 stories — about 25 percent of the depth of the building was scooped out.”

After Sunder made this statement, the article's author wrote: “NIST investigators believe a combination of intense fire and severe structural damage contributed to the collapse, though assigning the exact proportion requires more research.” See Debunking the 9/11 Myths: Special Report — The World Trade Center.

Later, Popular Mechanics editor/researcher Davin Coburn told Charles Goyette in a radio interview that he had seen an actual photo of “the 10-story gouge.” Their interchange went like this:

Coburn: “When the North Tower collapsed . . . there was damage to Building 7. . . . What we found out was . . . about 25% of the building’s south face had been carved away from it. . . . We have seen pictures that are property of the New York Police Department and various other governmental agencies that we were not given permission to disseminate. . . .”

Goyette: “Popular Mechanics got to see them, but the average American citizen can't see them.” 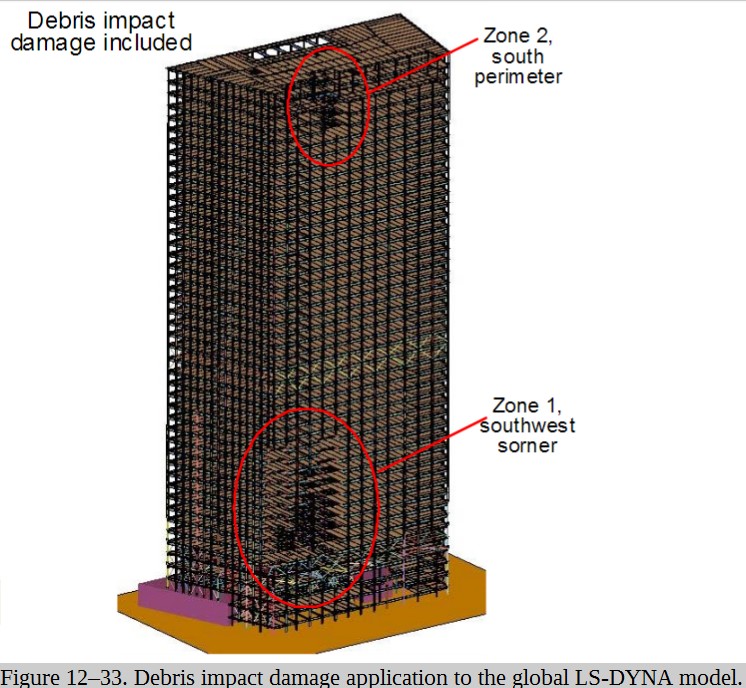 In the final report on WTC 7, the debris damage from WTC 1 is shown in the above graphic (Figure 12-33). But the 10-story gouge — from the middle, one-fourth to one-third the width of the south face, from Floor 10 to the ground, as shown in Figure L-31 at the top of this article — is not there.