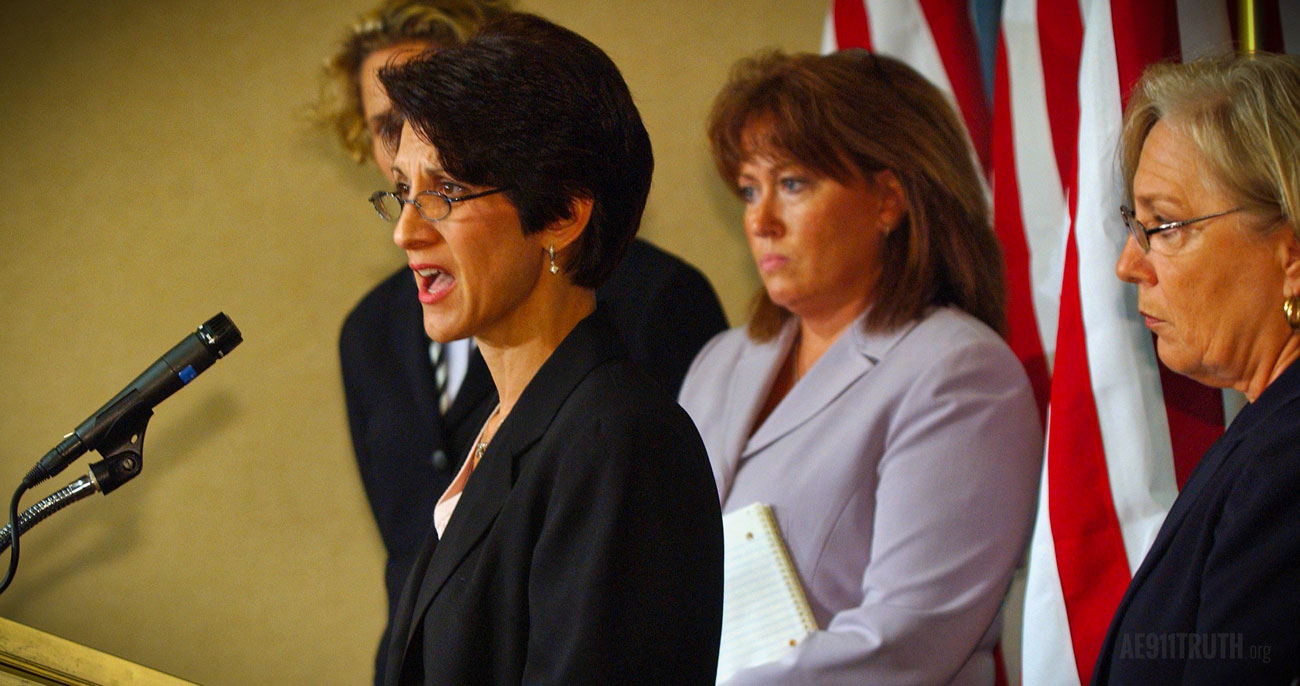 We at Architects & Engineers for 9/11 Truth are humbled to have the endorsement of the “Jersey Girls,” who singlehandedly forced the Bush administration to form the 9/11 Commission after one year of inaction following the attacks of September 11, 2001.

Those who question the official account of the tragic events of 9/11 are often accused of being dishonorable to the victims and hurtful to the 9/11 families. It is our deeply held conviction that establishing the truth is the highest form of honoring the thousands of people who perished that day and the surest way to help bring justice and closure for their loved ones.

As with any scientific report, conclusions must be able to be replicated and verified by subsequent public peer reviews. Mr. Gage and his colleagues have attempted to do just that with NIST's Final Report of the Collapse of the World Trade Center. There seem to be discrepancies and omissions in NIST's conclusions, which Mr. Gage and his colleagues have brought to light.

With their combined professional training and work experience, this group of professionals is uniquely qualified to address the myriad oddities resulting in the collapse of the WTC high-rise buildings — including WTC 7, which was not hit by an airplane. This chosen course of action by Architects & Engineers for 9/11 Truth has often come at a high cost to them personally and professionally, making this endeavor all the more admirable.

As family members of 9/11 victims, we have been seeking truth and transparency since 2001. Many years later, in spite of the NIST Investigation and the 9/11 Independent Commission, a vast majority of our questions remain unanswered.

It was always our hope that both of these government investigations would uncover the cause of the WTC destruction and any loopholes or lapses in security protocols that could be remedied to protect us in the future. In this case, it was of utmost importance to determine what actually caused the collapses to ensure the future safety of high-rise buildings. Since the government failed to do that, we applaud Mr. Richard Gage and the many other professionals who are spending their own time attempting to seek the truth.