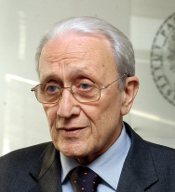 Ferdinando Imposimato
Honorary President of the Supreme Court of Italy 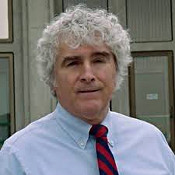 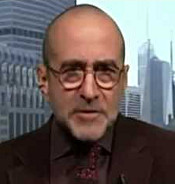 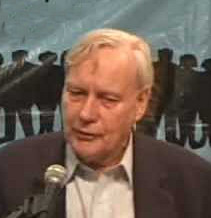 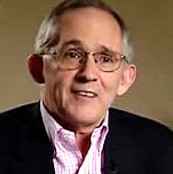 The Existence of Indisputable Evidence and the Courts

Education and Research Lay the Groundwork for Justice

Richard Gage, AIA, the founder of Architects and Engineers For 9/11 Truth, will provide an update on the organization, current efforts, and goals for the coming years.
Dr. J. Leroy Hulsey will present the preliminary findings of WTC 7 Evaluation — a computer modeling studying of WTC 7’s collapse that he and a team of researchers are conducting at the University of Alaska Fairbanks.

Keynote Address:
9/11 as “Strategy of Tension”

Judge lmposimato will share his experience of prosecuting the crimes of Operation Gladio, which is a documented example of powerful, subversive forces staging coups and false flag attacks to manipulate political, military, and public policy decision making. He will then draw parallels to the operations involved in executing the 9/11 attacks.

Creating Our Enemies:
From the Mujahadeen to ISIS

This panel will examine the discrepancies in what we know about violent jihadi groups and discuss their role as manufactured enemies.

This panel will highlight the most important revelations from the recently declassified 28 pages and discuss why this is a starting point for obtaining accountability and justice.

Daniel Sheehan is a renowned public interest lawyer specializing in constitutional law. He will bring his unparalleled experience and insight showing parallels between landmark cases he has litigated and strategies for prosecuting the crimes of 9/11.

Justice in Focus:
Toward Prosecuting the Crimes of 9/11

Introducing “9/11 TAP”, a new organization which is a focused, structured effort to coalesce into a well-tuned, coordinated network that can use its growing numbers to educate the public and influence public policy by virtue of showing legislators that there exists a substantial political constituency. By creating local Action Groups engaged in educational efforts as well as legislative lobbying, the 9/11 activist community can evolve into a highly effective movement aimed at creating real change and real progress for humanity, beginning with our political, media, and educational institutions.