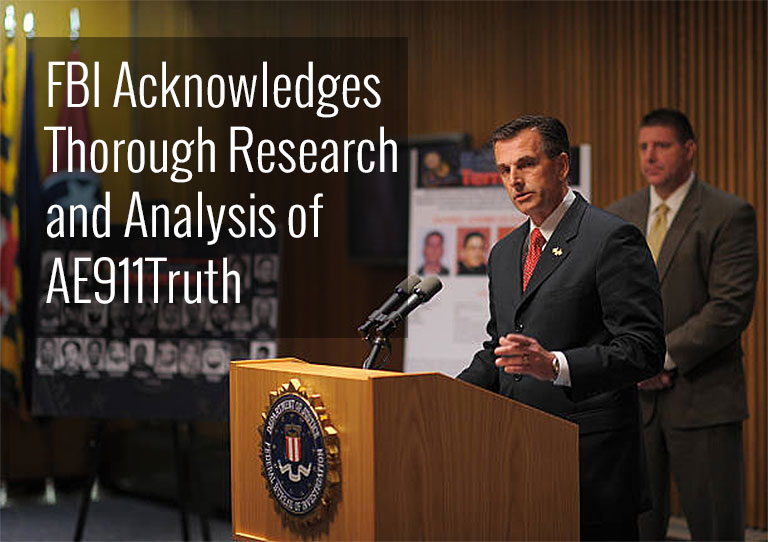 Editor’s Note: This short article, which AE911Truth originally published on December 27, 2008, is being re-published now, a decade later, in light of the pending petition for a federal grand jury investigation of crimes related to the World Trade Center’s destruction on 9/11. The petition was filed by the Lawyers’ Committee for 9/11 Inquiry on April 10, 2018.

The letter from FBI Assistant Director Michael Heimbach featured in this article demonstrates that the FBI was made aware of and saw fit to carefully review evidence for the controlled demolition of the World Trade Center Towers nearly a decade before the Lawyers’ Committee filed the petition for a federal grand jury investigation.

Unfortunately, the FBI’s 9/11 Review Commission — which was mandated by Congress to provide “An assessment of any evidence now known to the FBI that was not considered by the 9/11 Commission related to any factors that contributed in any manner to the terrorist attacks of September 11, 2001” — omitted from its March 2015 report any mention of the evidence for controlled demolition that had been reviewed by Assistant Director Heimbach and his staff. The failure of the 9/11 Review Commission to issue an assessment of that evidence may be grounds for future legal action under the Administrative Procedures Act.

Click here to see the initiating letter from Harold Saive of the Florida-based gators911truth.org.

Click here to see the response from Assistant Director Heimbach.

We invite you to add your voice to Mr. Saive's and inquire as to the status of the Counterterrorism Division's efforts. Write the current Assistant Director respectfully at:

Let us know what you hear back!