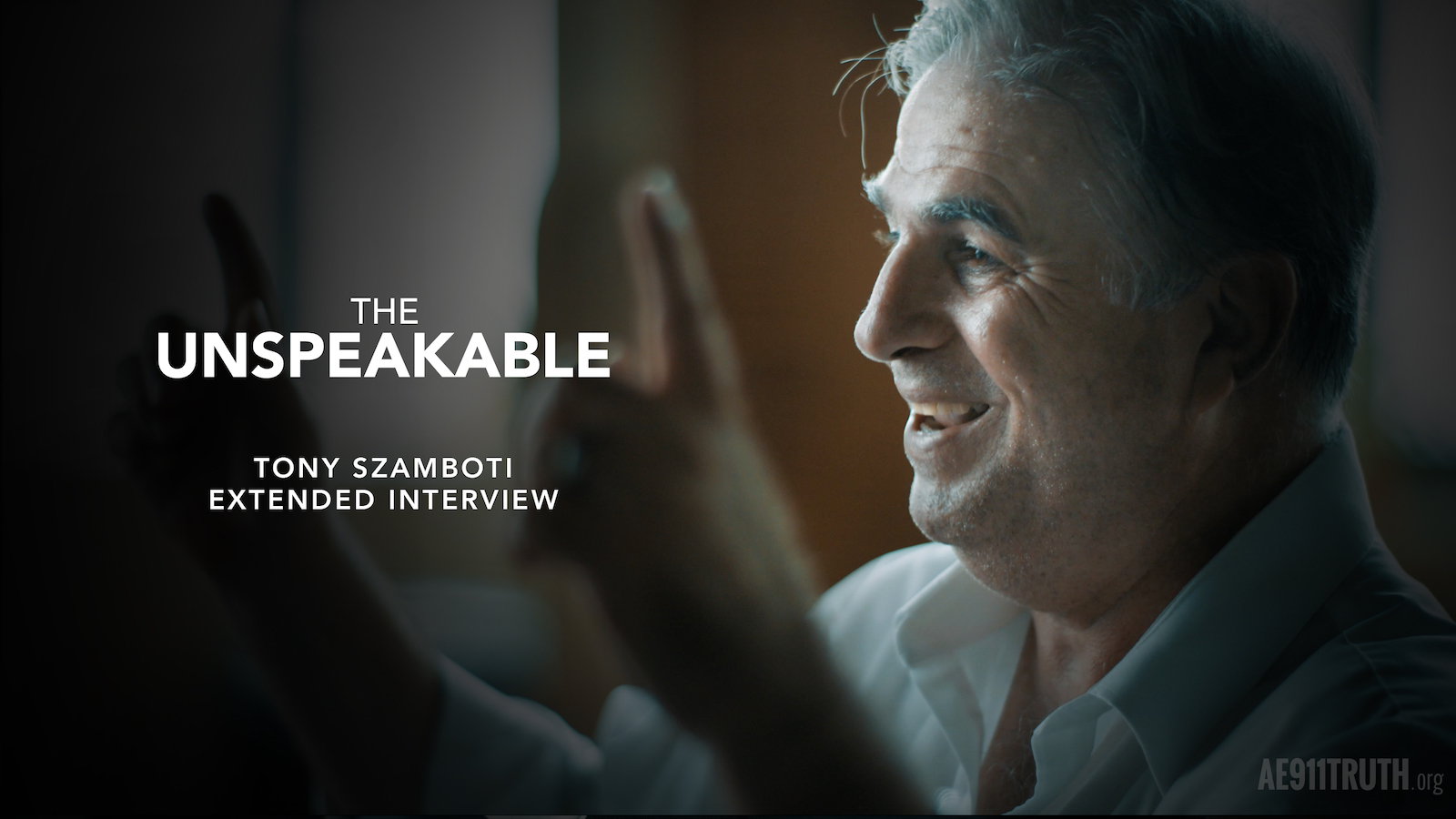 Today we proudly release a powerful extended interview with mechanical engineer Tony Szamboti, who appears in The Unspeakable as a friend of 9/11 family member Bob McIlvaine.

In this interview, Szamboti summarizes the glaring errors in the analysis by engineering professor Zdeněk Bažant, who, in a series of papers published between 2002 and 2011, purported to explain how the Twin Towers could undergo total collapse once the tops of the towers began to fall.

Bažant’s theory was relied upon by NIST — the federal agency tasked with investigating the World Trade Center failures — which remarkably neglected to conduct any analysis of the towers’ behavior after the point of “collapse initiation.”

Szamboti also shares how his critique of Bažant’s latest paper in 2011 was astoundingly rejected as “out of scope” by the journal that had published the paper — a decision he is fighting to this day.

For more on this subject, we recommend the following resources and papers: