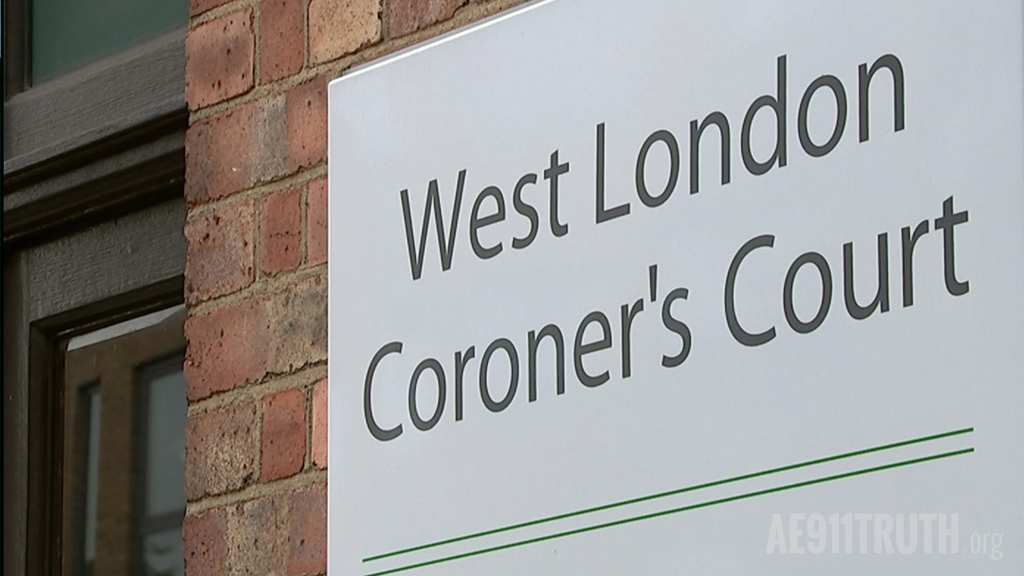 In a move that is being welcomed by the family of 9/11 victim Geoff Campbell and their barrister Nick Stanage, the West London Coroner’s Court notified the family in a letter last Thursday that it would be making no objection to the family’s pending application for a new inquest into their son’s murder 20 years ago. In addition, wrote Acting Senior Coroner Lydia Brown, the court would not oppose the Campbells’ application at any future hearing in the High Court.

The neutrality of the West London Coroner’s Court — which conducted the first inquest into Geoff Campbell’s murder in 2013 and could have argued for the family’s recent application to be denied — removes a potential obstacle to having the new inquest opened.

Ted Walter discusses the decision of the West London Coroner's Court not to oppose the Campbell family's application.

The family’s application, submitted on August 26, 2021, is currently under review by UK Attorney General Suella Braverman, whose authority must be obtained in order for the family to apply to the High Court for an order granting the new inquest. Historically, the High Court has always granted applications that the attorney general has authorized to come before it.

The Campbell family believes its application easily satisfies the test for a new inquest to be opened based on two separate grounds: first, that there is significant additional evidence that was not considered at the first inquest; and, second, that the coroner at the first inquest did not conduct a sufficient inquiry, having concluded that the North Tower’s destruction was due to the airplane impact without considering any evidence as to the cause.

Prior to the senior coroner sending the letter, there was an outside chance that the West London Coroner’s Court would directly consent to the new inquest. Had it done so, the inquest could have been ordered without the need for the attorney general’s authority or a court hearing. But, as is usual in these cases, the senior coroner elected to defer to the attorney general.

The Campbell family eagerly awaits a decision from the attorney general in the coming months.

For more on this development, we invite you to watch Ted Walter’s discussion of the senior coroner’s decision.