By Cheryl Erland and Craig McKee

It may not be part of the curriculum, but 9/11 Truth is now being studied on college campuses in New Jersey.

The group New Jersey 9/11 Aware (NJ911Aware) held its first-ever 9/11 Truth college outreach event three month's ago at Rutgers University. It has confirmed plans to give a presentation soon at Princeton University, and in coming months it intends to blanket the state's institutions of higher learning, according to its president, David Meiswinkle. 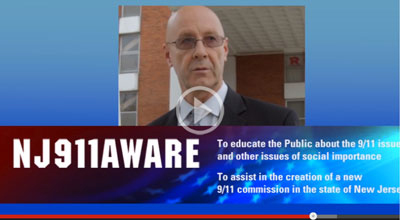 A criminal defense attorney, retired police officer, U.S. Army veteran, and long-time political activist, Meiswinkle sees the effort to flood colleges and universities with information as an essential part of NJ911Aware's strategy of educating the public about 9/11. The nonprofit corporation's goal is to help create a new, independent, unbiased commission in the state of New Jersey to investigate the events of that tragic day.

On November 12, Meiswinkle and six other members of NJ911Aware visited Rutgers University's New Brunswick campus. They set up information tables next to the Brower Commons cafeteria at 9:00 AM, and Meiswinkle spoke for a quarter of an hour. After making his presentation, he and his colleagues spent the rest of the day talking one-on-one with interested students, introducing them to a perspective on 9/11 not talked about in the mainstream media — or, most likely, in college classrooms. Though no professors stopped by to engage in conversation, students who heard Meiswinkle's speech or came up to the tables throughout the day eagerly accepted DVDs and written material refuting the official version of the 9/11 story.

Students also asked a wide range of probing questions. Some wanted to know how fast the Twin Towers fell. Others were curious about what happened at the Pentagon. Still others asked about the destruction of World Trade Center Building 7, which suddenly crashed into its own footprint late in the afternoon of 9/11— a fact that many students weren't aware of before NJ911Aware showed up on the New Brunswick campus.

We believe that the State of New Jersey . . . can conduct an investigation into 9/11 if the legislators so desire and if law enforcement would do their job. 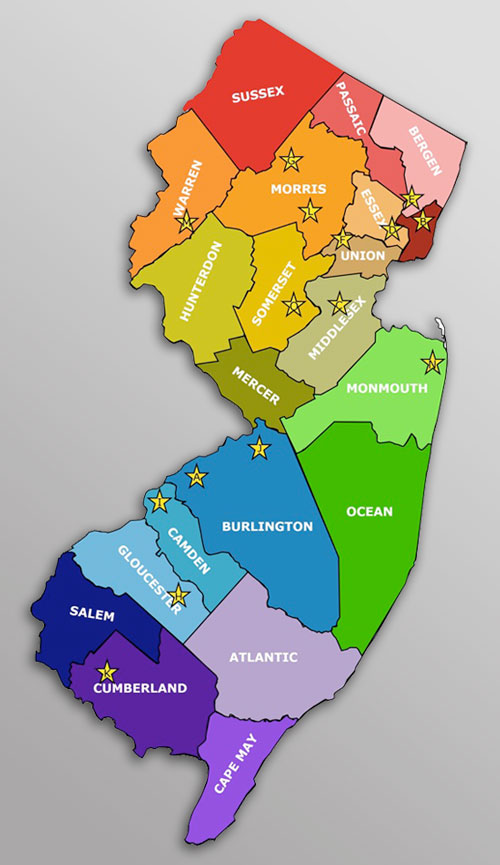 Members of New Jersey 9/11 Aware, which is headquartered in Middlesex County, NJ, hope to reach the student body at each college and university campus in the state with the message of the truth about 9/11.

Meiswinkle, who runs NJ911Aware with the help of vice-president Philip Ted Hussa and treasurer Lou Basile, informed the students that the group has filed a 62-page complaint with New Jersey's State Committee of Investigation. The document explains, point by point, every step he believes the national 9/11 Commission should have done in terms of "the witnesses it should have called, the evidence that should have been subpoenaed, and the suspects that should have been looked at."

New Jersey, which Meiswinkle called "the legal nexus," is the ideal place for an investigation into 9/11, he told his Rutgers audience. The state's 681 victims of 9/11 resided in 17 of its 21 counties. Indeed, four of the 9/11 widows, who have been dubbed the "Jersey Girls," were "the reason there was any government investigation at all," he noted.

Among other New Jersey connections to 9/11: The World Trade Center was owned by the Port Authority of New York and New Jersey; the anthrax attacks that followed 9/11 took place in two New Jersey towns; one of the four airliners flew out of the Newark airport; and some of the alleged hijackers were said to have lived, trained, and conspired in New Jersey.

Thus, concluded Meiswinkle, "we believe that the State of New Jersey has as much jurisdiction as anyone and that New Jersey can conduct an investigation into 9/11 if the legislators so desire and if law enforcement would do their job."

The Rutgers reception to the NJ911Aware message was mostly positive, says Meiswinkle, who earned an undergraduate degree from the college. Yet it wasn't all smooth sailing. Team members speculated that one protestor might have been a provocateur.

Also disconcerting: A videographer and a local reporter — each of whom had confirmed they would attend — didn't show up. In both cases, Meiswinkle was later told there had been a mix-up — an explanation he found "curious." Fortunately, the always-prepared policeman-turned-lawyer had had "the good sense to bring my own video recorder."

Meiswinkle founded NJ911Aware three years ago, after he worked on a project  with Architects & Engineers for 9/11 Truth. His involvement in this movement is the latest of a series of lifelong efforts to bring about positive change in his community. As Meiswinkle puts it, "I decided as a youth to learn the system so I could help change it from the inside."

Other difference-making roles he has held include the founding of both the New Brunswick Taxpayers and Tenants Association and the New Brunswick Reporter newspaper. Through his articles and activism, Meiswinkle succeeded in shining a spotlight on municipal corruption, which led to the arrest and conviction of various local political figures.

I decided as a youth to learn the system so I could help change it from the inside.

While serving as a police officer, he studied at night to obtain his law degree. Meiswinkle has had his own law practice since 1989, doing mostly criminal trial work. He ran as an independent candidate for Congress in 2010 and for Governor of New Jersey in 2009.

Meiswinkle believes it's possible to bring out the truth about 9/11 using the legal and political systems, but is convinced that to do that "we need a new, objective, transparent, and thorough 9/11 investigation."