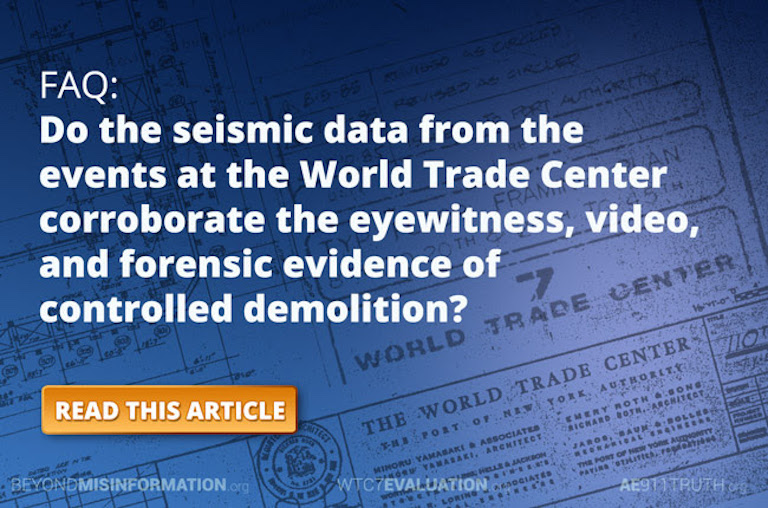 Do the WTC Seismic Data Point to Controlled Demolition?

In conjunction with last week’s launch of our new website, AE911Truth published a new “Frequently Asked Question” on the seismic data recorded during the events at the World Trade Center on September 11, 2001.

We invite you to read the FAQ, which offers a simple overview of the more-than-decade-long debate among 9/11 researchers concerning this topic.

Our conclusion, based on several articles cited in the FAQ, is that the seismic data do provide corroborating evidence of explosions both before and during the collapse of all three WTC towers — and of explosions even before the plane impacts into the Twin Towers.

We encourage researchers and activists to familiarize themselves with this less-understood area of evidence. Even by itself, it constitutes virtually indisputable proof that explosives were used in the destruction of the World Trade Center.

Richard Gage, AIA, has also now incorporated this seismic evidence into Part 2 of his three-part continuing education course, 9/11: An Architect’s Guide (check out the section on seismic evidence here). 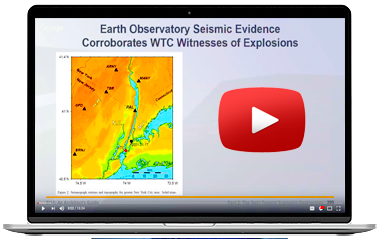 You can also hear Gage and Dr. Graeme MacQueen discuss the WTC seismic evidence on the January 11, 2018, episode of 9/11 Free Fall.