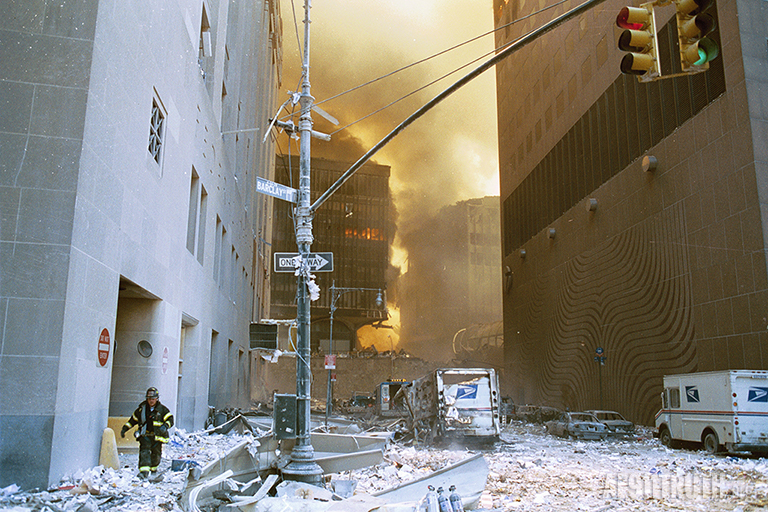 The National Institute of Standards and Technology this past Friday issued an update regarding the pending “request for correction” to its 2008 report on the collapse of World Trade Center Building 7. In an email sent to Architects & Engineers for 9/11 Truth, Daniel G. Cipra, a senior analyst in NIST’s Management and Organization office, wrote:

“Your request for correction of information under the National Institute of Standards and Technology (NIST) Guidelines for Ensuring the Quality of Information Disseminated to the Public dated April 15, 2020, is currently under review. While our goal is to respond within sixty days to such requests, we are unable to do so in this case. A response providing the Agency’s view will be forwarded to you as soon as possible."

AE911Truth, 88 architects and structural engineers, and ten family members of 9/11 victims submitted the request on April 15, 2020. Together, they seek to have NIST reverse its conclusion that fires caused Building 7's destruction.

Under the procedure governing requests submitted to NIST, the agency must provide an initial decision within 120 days of the submission, which would be on August 13, 2020.

If NIST elects not to take the corrective action sought, it is required to provide a “point-by-point response to any relevant data quality arguments contained in the request.” The requesters would then have 30 days to file an appeal with NIST Associate Director of Laboratory Programs James K. Olthoff. The procedure governing requests dictates that “No individuals who were involved in the initial denial will be involved in the review of or response to the appeal.” Mr. Olthoff’s decision would constitute a final decision of the U.S. Department of Commerce.

Should NIST fail in any way to comply with the procedure governing requests or should it fail to rectify the information quality violations documented in the request, AE911Truth and its fellow requesters will consider legal action under the Administrative Procedure Act.

The request for correction, which comprises more than 100 pages and five exhibits, covers eight separate items of information that it says violate the agency’s information quality standards. Only if NIST revises its “probable collapse sequence” — effectively reversing its conclusion that fires caused the building’s destruction — can it correct these violations, the request contends.

The request is based in part on a report issued in March 2020 by researchers at the University of Alaska Fairbanks, who concluded definitively that the destruction of the 47-story Building 7 was not caused by fires. Their extensive, four-year computer modeling effort, funded by AE911Truth, was followed by a robust peer review process, which included dozens of comments from the public as well as review by two external, independent experts.

“We are proud to have supported the University of Alaska Fairbanks and Professor Leroy Hulsey in conducting a genuinely scientific study into the reasons for this building’s collapse,” said Richard Gage, AIA, founder of AE911Truth. “Now that the study is complete, the request for correction will force NIST to reverse its outlandish conclusion that fires were the cause of the collapse.”