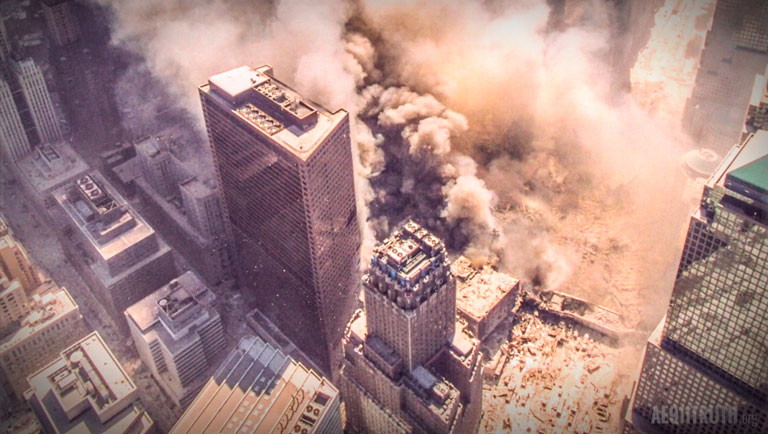 Architects & Engineers for 9/11 Truth is sorely disappointed to report that on Friday, August 28, 2020, the National Institute of Standards and Technology (NIST) issued its initial decision denying the request for correction that we — together with ten 9/11 family members and 88 architects and structural engineers — submitted on April 15, 2020, regarding NIST’s 2008 report on the collapse of World Trade Center Building 7.

Our request described in meticulous detail eight items of information in NIST’s Building 7 report that violated the federal Data Quality Act and NIST’s Information Quality Standards. Our goal was to compel NIST to rectify these violations and in so doing reverse its unsupported conclusion that fire was the cause of Building 7’s collapse.

Parties who submit requests for correction under the Data Quality Act are not automatically entitled to receive the corrective action they seek; they must successfully prove their case to the agency. They are, however, entitled to a point-by-point response to all relevant arguments contained in the request when the agency decides not to take corrective action. In this regard, NIST’s response to our request is nothing short of egregious.

Even a cursory reading of NIST’s letter, prepared by the staff of the Engineering Laboratory headquarters, reveals NIST’s response to be a blatant avoidance of the arguments and facts contained in the request, written with the intention of misleading the uninformed reader into believing an adequate response has been provided.

For example, NIST’s only response to the first claim in the request is to describe the position of a key girder and column in relation to each other at room temperature — implying that lateral displacement and walk-off of the girder was possible from this position — when NIST knows full well that what matters is the position of the girder and column in relation to each other at the elevated temperatures claimed by NIST. Even NIST’s own analysis shows that at elevated temperatures the girder would have expanded and become trapped behind the column’s side plate, thus preventing the girder walk-off that is alleged to have initiated a progressive collapse of the building.

We rightfully expected that NIST would attempt to address and rebut our claims if it did not take the corrective action being sought. The pseudo-response NIST has issued makes abundantly clear that NIST is unable to rebut any of our claims. Yet rather than comply with the Data Quality Act and correct its deeply unscientific report — or even amend its report to include basic information substantiating its currently unsubstantiated conclusions — NIST has elected to stand by its report and make a mockery of the Data Quality Act.

We and our fellow requesters will appeal NIST’s egregious decision by the September 28, 2020, deadline.* In accordance with NIST’s Information Quality Guidelines, our appeal will be made to NIST Associate Director of Laboratory Programs James K. Olthoff, and no individuals who were involved in the initial denial will be involved in the review of or response to the appeal.

Mr. Olthoff will have the final opportunity to restore NIST’s integrity and prevent legal action against NIST for noncompliance with the Data Quality Act.

*NIST has confirmed that the effective deadline for the appeal is September 28, 2020, because September 27 — which is 30 days after NIST's initial decision — falls on a Sunday.

Wait! Before you go, please make a donation to help cover our legal fees and ensure the strongest possible appeal!