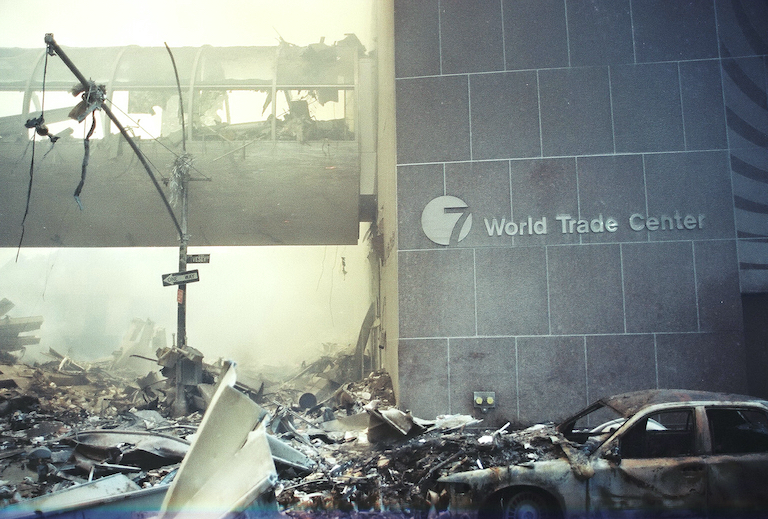 Families of 9/11 victims and the nonprofit organization Architects & Engineers for 9/11 Truth filed an administrative appeal late yesterday condemning the decision made by the National Institute of Standards and Technology (NIST) to deny the group’s “request for correction” regarding NIST’s 2008 report on the controversial collapse of World Trade Center Building 7.

The 47-story office building, though not hit by an airplane, fell straight into its footprint roughly seven hours after the Twin Towers were destroyed on September 11, 2001. NIST concluded in its report that Building 7 collapsed primarily due to fire — which would make it the first tall building ever to do so. The request for correction asks NIST to throw out that conclusion on the grounds that it violates NIST’s information quality standards under the Data Quality Act.

“The explanations given by NIST for its decision to deny our request are preposterous and totally avoid addressing our arguments,” said Ted Walter, spokesperson for the 9/11 families and AE911Truth. “Our hope now is that NIST’s associate director for laboratory programs, James Olthoff, will reverse this egregious decision and have the report revised.”

The appeal submitted late yesterday alleges that NIST’s decision to deny the request is “demonstrably in error and fails to provide a response to most of the relevant data quality arguments contained in the request.”

Among other things, the appeal takes aim at NIST’s refusal to study a melted piece of steel from Building 7 on the flimsy grounds that the steel cannot be confirmed as coming from Building 7 — an excuse the appeal calls “brazenly unscientific.”

The appeal also targets NIST’s refusal to perform new computer simulations that would include a structural feature NIST now admits was excluded from the modeling. AE911Truth argues that including this structural feature would have prevented the failure that NIST claims initiated the collapse. 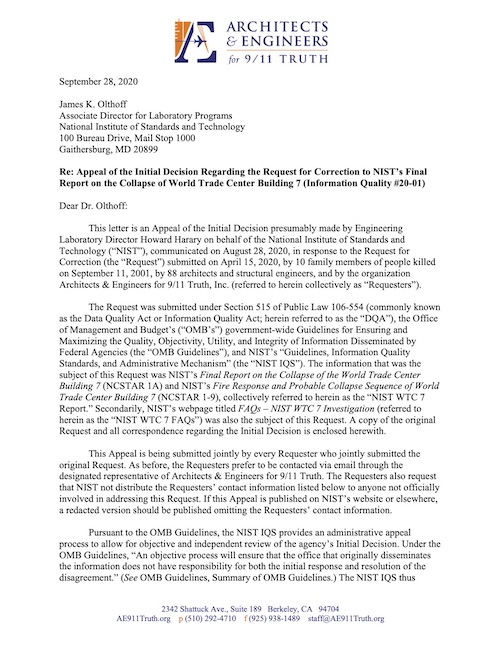 “They are refusing to conduct new analyses that they know they should, and their justifications are beyond absurd,” said Richard Gage, AIA, architect and founder of AE911Truth.

The procedure governing requests submitted to NIST states that the associate director’s decision is communicated “usually within 60 calendar days after receipt of the appeal” and will constitute a final decision by the U.S. Department of Commerce, of which NIST is a part. The procedure also dictates that “[n]o individuals who were involved in the initial denial will be involved in the review of or response to the appeal.”

“Dr. Olthoff will have the final opportunity to restore NIST’s integrity and deliver some truth to the families who lost loved ones on 9/11,” said Walter. “If he doesn’t, NIST can expect we will take legal action.”