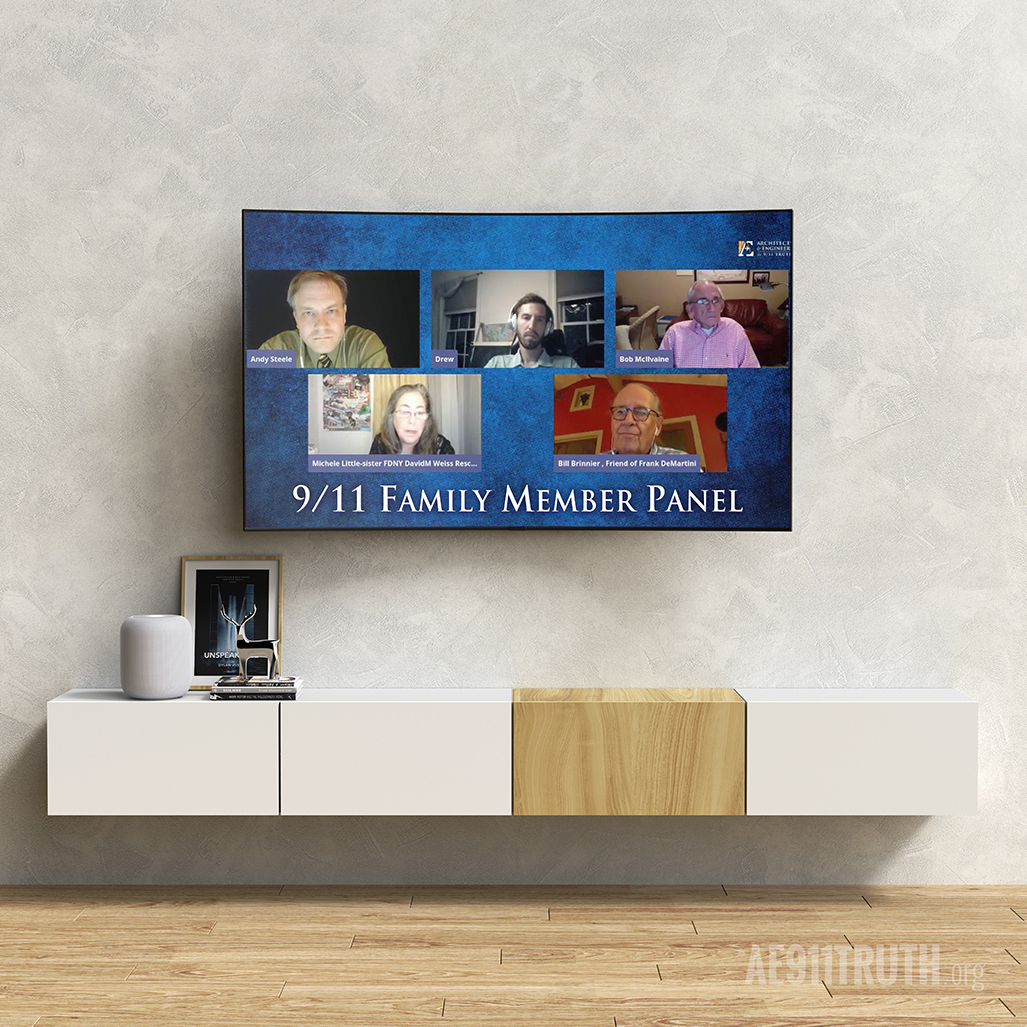 9/11 family members Bob McIlvaine, Drew DePalma, and Michele Little and architect Bill Brinnier joined Andy Steele for a Q&A following the online preview of Dylan Avery and AE911Truth's new film The Unspeakable on the eve of the 20th anniversary of 9/11.

We invite you to watch this moving hour of remembrance and reflection if you weren’t able to attend on Friday evening. Stay tuned for the release of The Unspeakable on Friday, September 17, on YouTube and at the Village East in New York City.

You can help make this important film go viral by sharing the link and embedding the video on your site once it's released and by making a donation to run video ads that will reach two million online viewers. Your gift of $25 will reach 2,000 people directly with the ad.