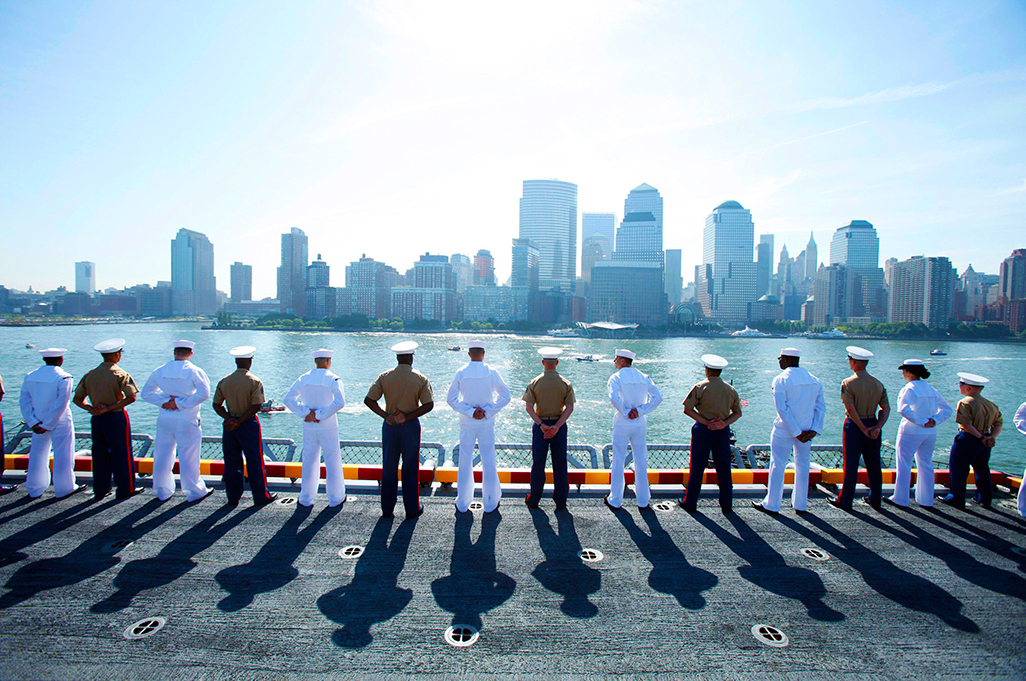 I am very proud and humbled by this opportunity to speak on behalf of the more than 2,700 U.S. military veterans who have signed the petition of Architects & Engineers for 9/11 Truth calling for a new investigation into the destruction of the three World Trade Center towers on September 11, 2001. It will be impossible for my words to adequately represent the motivations, desires, and commitment of the brave men and women who put their lives on the line to protect our country and our freedoms, but it is my task to try.

Those of us who have served in our country’s military forces have a unique perspective on the events of 9/11. We know beyond the shadow of a doubt that the attacks on New York City and the Pentagon led directly to war and to the killing and maiming of our comrades-in-arms as well as millions of others in the Middle East. The chaos unleashed by this tragedy has reached into the lives of almost every one on the planet in the years that have gone by since the fateful day that divided history into before 9/11 and after 9/11. This knowledge weighs heavily on our conscience and requires us to act upon what we understand to be the truth of what lay at the cause of that war, which continues to this day.

Based on the forensic evidence amassed by AE911Truth and others in the 9/11 Truth movement, the military veterans who have signed our petition are convinced that the true cause of the collapse of the three WTC skyscrapers was not the fires fed by jet fuel or office furnishings but, rather, planted explosives and incendiaries. Indeed, the evidence for controlled demolition is so convincing that we veterans are compelled to join together to seek the full truth of how those demolitions were carried out — no matter where that truth might lead us.

In return for our sacrifice, we are demanding an accounting from our government. We swore to defend our Constitution against all enemies, foreign and domestic, and we will not foreswear that commitment. Our government owes us the truth, and we will not surrender our right to that truth, no matter what the consequences. To do any less would be a betrayal of our duty.

As I read through the comments of our veteran petition signers, I see the same questions being asked again and again: What did we fight and sacrifice for? Were we lied to about 9/11? If so, why? GIVE US THE TRUTH, NO MATTER HOW PAINFUL IT MIGHT BE. Our country owes its veterans that much — nothing more, nothing less. Do not insult us by calling us conspiracy theorists. We put our lives on the line for our country, and now we want the truth. We will not give up until we have it.

Every branch of our military — the U.S. Army, the U.S. Navy, the U.S. Air Force, the U.S. Marines, the U.S. Coast Guard — and hundreds of military occupations are represented by our petition signers. They have served in every conflict from World War II to the present day.

Here are the words of just a few of our courageous signatories:

“Tower 1 and tower 2 were professionally demolished. . . . Building 7 was, without contest, a controlled demolition. . . . Material evidence from 9/11 should not have been destroyed. . . . Any emergency response plan following a suspected terrorist attack must take into account evidence storage. . . . I am mystified why . . . this was not done.”

— Kevin Bourgault, background in military explosives in Somalia and in training at the U.S. Military Academy, West Point

“The event has been used to justify . . . the gutting of Constitutional rights in America.”

“We need to fully investigate. In the words of Gen. George S. Patton, ‘Do not take counsel of your fears.’”

“Those responsible will be held accountable for their actions.”

“With every possible question . . . the gaping holes in the official story that was fed to the public by NIST become dreadfully clear. . . . A new investigation must be conducted in the face of such overwhelming evidence of controlled demolition.”

“The visual evidence of the center core columns leaves no doubt those were shear charges that brought the buildings down.”

— Robert Kepka, 84-year-old WWII veteran (at the time of signing the petition)

“How is it possible that a plane could destroy one of the world’s largest buildings, ALL THE WAY DOWN TO THE GROUND? That defies physics.”

“The real conspiracy theory is that the laws of physics ceased to exist in New York City on September 11, 2001.”

“As an attorney, trained to gather and evaluate evidence, I know the official 9/11 government reports are impossible to believe.”

“As a citizen of the United States, I demand that the government which I pay taxes to reopen a professional investigation of the events on 9/11/01.”

“I join with many, many others who do not believe the obviously flawed 9/11 Commission Report in DEMANDING an independent, non-government investigation, with subpoena power, into the events and causes of the 9-11-01 disaster.”

If we truly honor those who have served our country in the most profound way possible — risking their lives — we must join them in calling for a new investigation into the failure of the three high-rise buildings at the World Trade Center in New York City on September 11, 2001.

Please visit our website at AE911Truth.org and inform yourself about the facts of that fateful day. Also consider donating and joining our volunteers to make the accomplishment of our mission a reality.

In honor of all those who have served, 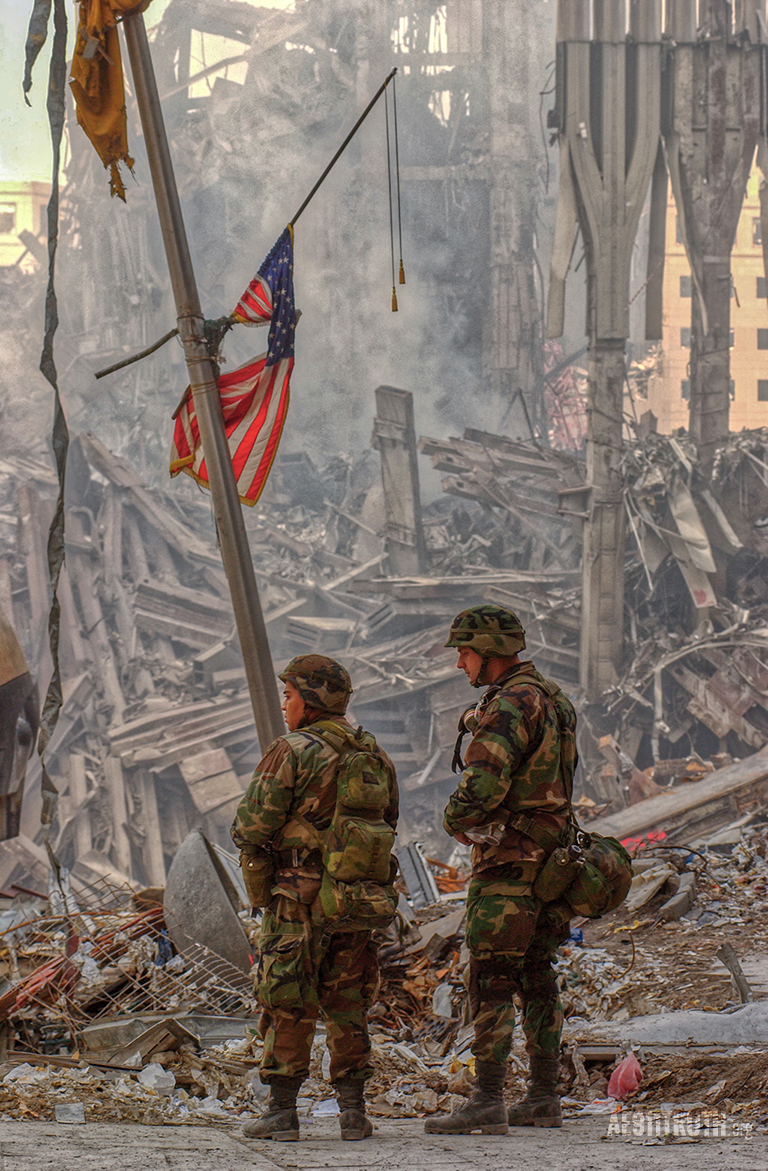