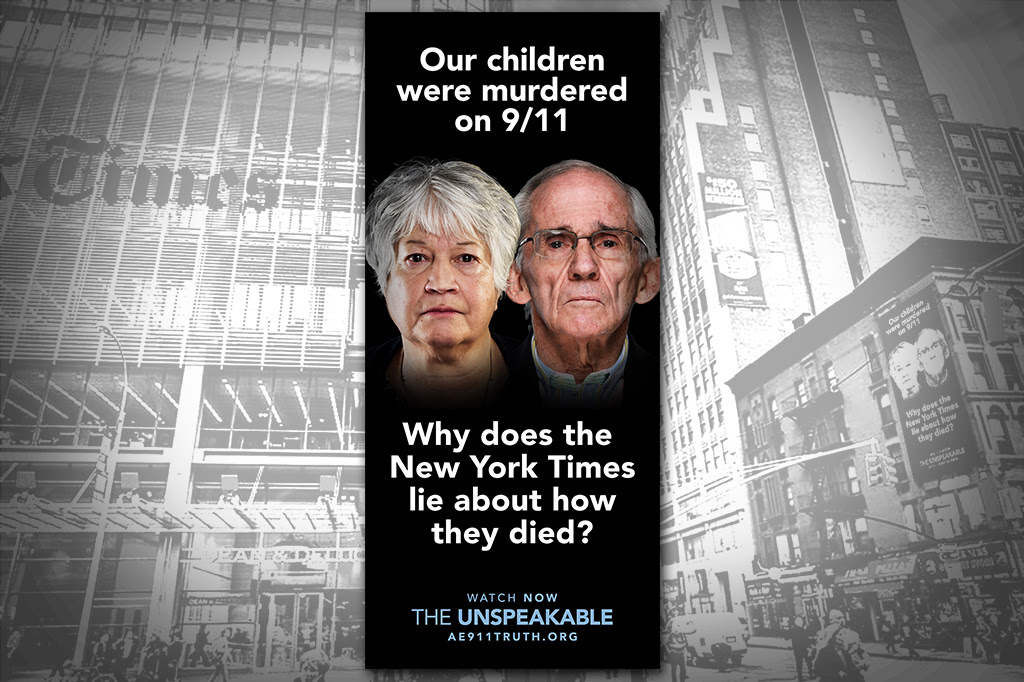 Help raise $17,000 by Monday to put this billboard in front of the NY Times

I have an incredible opportunity to share with you, and I urgently need your help to make it a reality.

The billboard directly across the street from the New York Times Building is available for a month starting November 29. This spot, which usually goes for well over $20,000, is being offered for just $17,000 — but we have to raise the funds by this coming Monday in order to secure it.

Will you give now to send the New York Times this powerful message from the parents of two 9/11 victims and promote AE911Truth’s new film The Unspeakable? 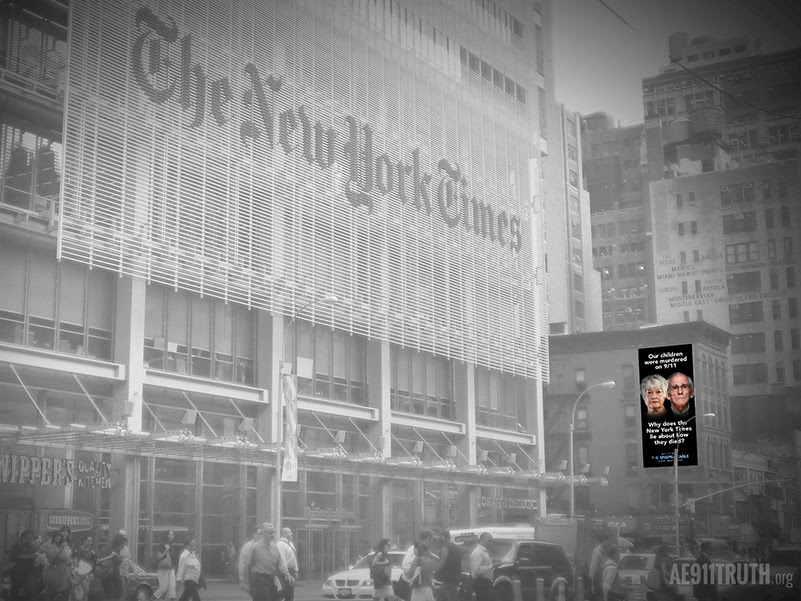 From September 12, 2001, to the 20th anniversary, the New York Times has led the way in pushing the official story and denigrating those who question it — most recently referring to 9/11 family members as Bob McIlvaine and Drew DePalma and numerous architects and engineers, who were all going to appear in Spike Lee’s 9/11 HBO docuseries, as “conspiracy theorists.” It’s time to start calling out “the newspaper of record” more directly for its role in covering up the truth about the murder of nearly 3,000 people.

Thanks to its central location, this billboard is seen by 100,000 passersby each day, i.e., three million per month. This means your gift of $25 will reach more than 4,000 people — not to mention the entire staff of the Times.

Please give before Monday to help take on the New York Times and bring more attention to The Unspeakable, which just surpassed 160,000 views!