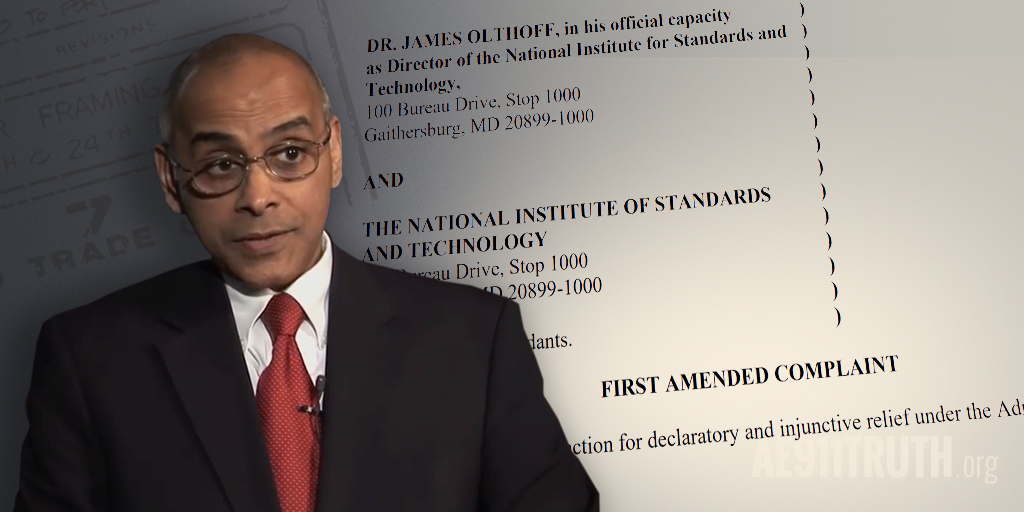 AE911Truth and our co-plaintiffs filed an amended complaint yesterday in our ongoing lawsuit against NIST over its response to the “request for correction” we submitted in 2020 aiming to compel the agency to overhaul its final report on the destruction of World Trade Center Building 7.

We have amended the original complaint, filed in the United States District Court for the District of Columbia on September 7, 2021, in order to strengthen it against challenges NIST made in its motion to dismiss, which was filed on December 23, 2021.

The amended complaint includes three new declarations (i.e., affidavits) — one from AE911Truth CEO Roland Angle, one from 9/11 family member Bob McIlvaine, and one from structural engineer Ronald Brookman — intended to help establish that all three categories of plaintiffs have legal standing to bring the case.

Ted Walter and Mick Harrison discuss the current status of the ongoing lawsuit to compel NIST to respond substantively to the WTC 7 request for correction. Andy Steele also asks Mick Harrison about the latest regarding the 9/11 grand jury petition and lawsuit, of which AE911Truth is plaintiff.

For more on the case, we invite you to watch Ted Walter and Mick Harrison’s news update with Andy Steele. You can also read the complaint, the declarations, and all documents related to the request for correction at the links below.