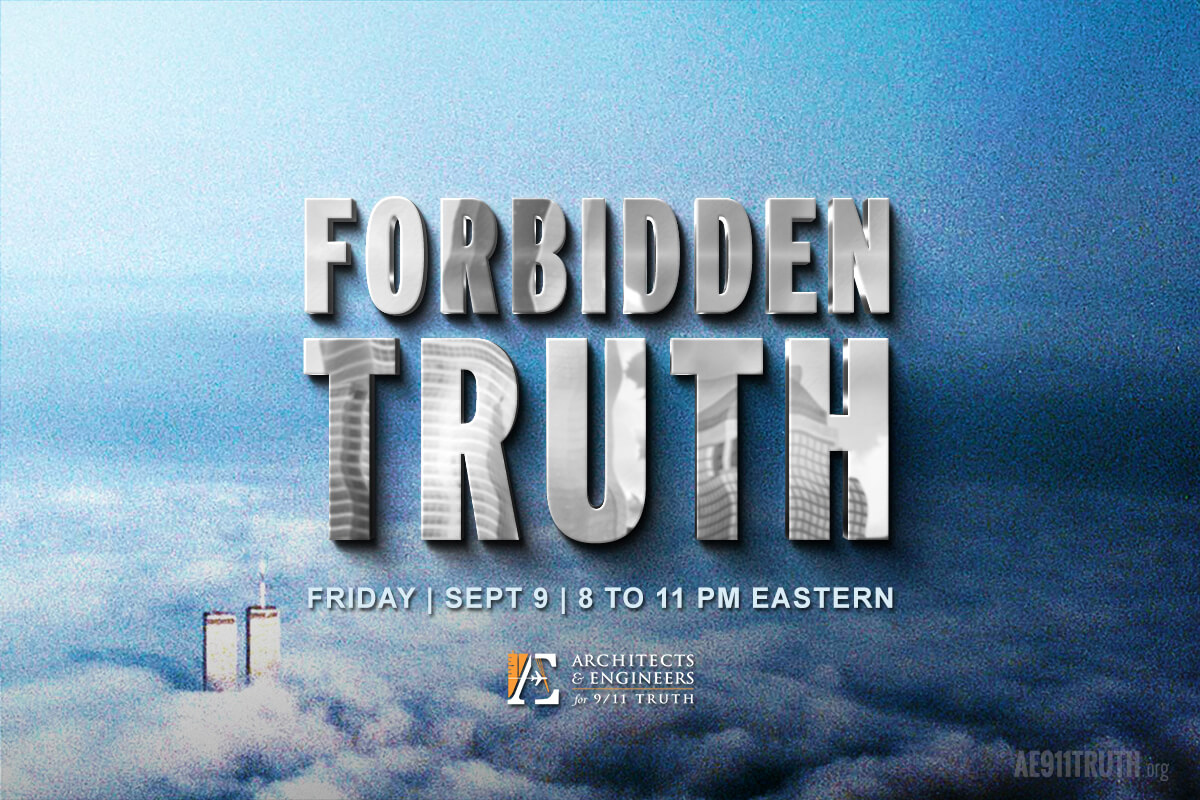 Architects & Engineers for 9/11 Truth is delighted to announce “Forbidden Truth: 9/11 Science at 21 Years,” an online symposium about the state of scientific inquiry into the destruction of the three World Trade Center Towers 21 years after the world-changing events of September 11, 2001.

The symposium will be held on Friday, September 9, from 8:00 PM to 11:00 PM Eastern. It will be open to all free of charge on YouTube and Facebook and will be emceed by Andy Steele, the host of 9/11 Free Fall.

Part 1 of the symposium, “Why 9/11 Matters More than Ever,” will include remarks by AE911Truth CEO Roland Angle and British 9/11 family member Matt Campbell, who is leading his family’s fight for a new inquest into his brother Geoff’s death in the North Tower. We will also play a video featuring several grassroots activists talking about why 9/11 still matters to them.

Part 3, “Defeating Deception and Denial,” will be a preview of AE911Truth’s upcoming documentary film debunking the official story of the World Trade Center’s destruction. The screening will be followed by a Q&A with filmmaker Dylan Avery and civil engineer Jonathan Cole, who is featured in the film.

The symposium will end with a special announcement about a major new project — so be sure not to miss it! Stay tuned for more details!