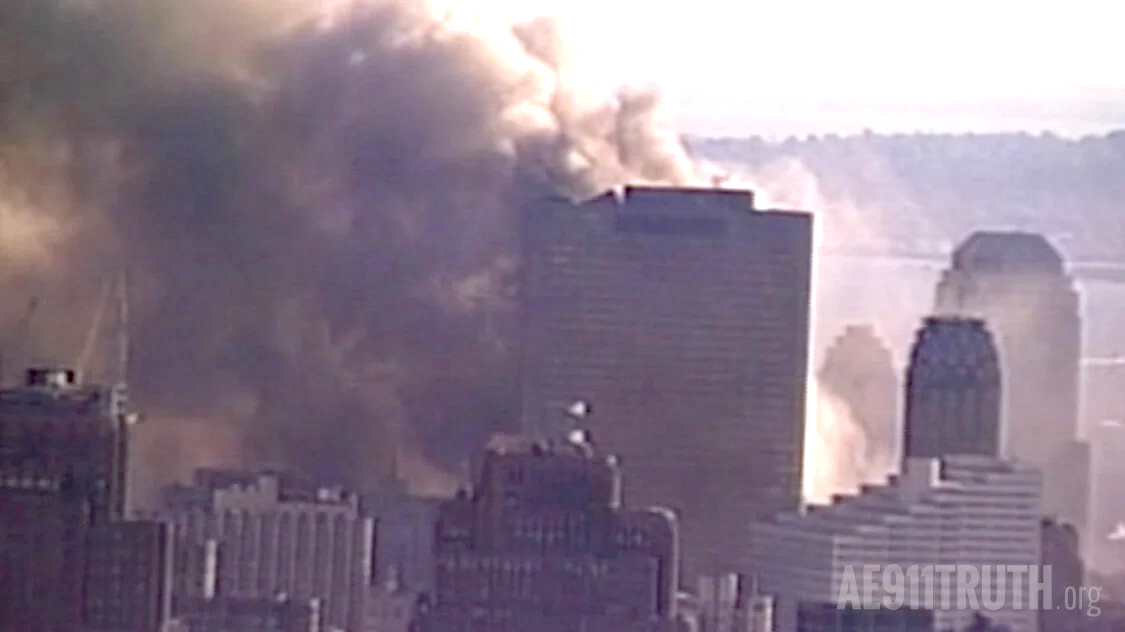 PolitiFact has now made it an annual tradition to mark the 9/11 anniversary by pushing disinformation about the largest mass murder ever on U.S. soil.

A year ago, two days before the anniversary, the self-proclaimed “fact-checking” outfit published a piece suggesting that 9/11 had caused an “acceleration” of “conspiracy theories” — even though the author, Bill McCarthy, admitted there was “no evidence” for this assertion. (McCarthy was nice enough to mention Architects & Engineers for 9/11 Truth as the vessel through which some of these conspiracy theories “live on.”)

Then, three months later, in between last year’s anniversary and this year’s, PolitiFact published one of the more inane and misleading “fact-checks” about 9/11 I’ve ever read.

A common tactic of PolitiFact (and of the corporate media in general) is to cherry-pick the most ridiculous or poorly worded claim made by the least credible source it can find. (Of course, you’ll rarely see fact-checkers comment on AE911Truth’s technical content or even on our social media posts).

But in last December’s article, author Monique Curet took PolitiFact’s usual strawman tactics to another level by totally misconstruing the claim she was setting out to disprove. Curet’s headline read: “BBC reporting error is not proof the network was part of an ‘inside job’ on 9/11.” But if you look at the meme she was trying to debunk and the comments of the person who posted it, nowhere was it alleged that the BBC was part of an “inside job” on 9/11. 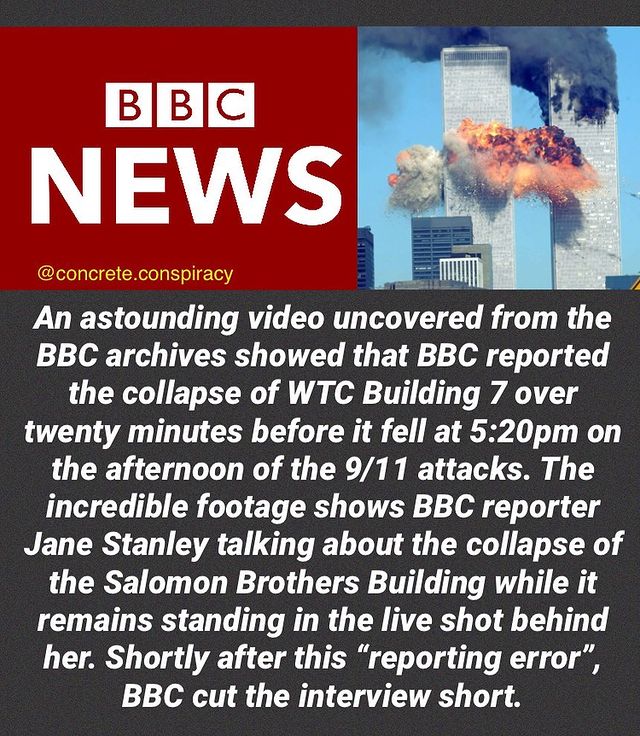 The real problem, which PolitiFact can’t and won’t address, is that the authorities began warning, with certainty, of the impending collapse of Building 7 some six hours before it actually went down. Such an event could not possibly have been predicted since no steel-framed high-rise had ever come down due to fire before that day. The fact that much of the mainstream media was reporting on the imminent total destruction of Building 7 before it happened — with one CNN cameraman saying “The building is about to blow up, move it back” — is merely a symptom of the problem. No one worth their salt actually thinks the BBC was part of the plan to destroy Building 7.

Now fast-forward to this year’s anniversary. PolitiFact has published what at first blush appears to be a more rigorous “fact-check.” But it is nothing of the sort.

In the second paragraph of the article, author Sara Swann states as fact the very disputed claim that it is her goal to promote. She writes: “[T]wo hijacked airplanes hit the twin towers of the World Trade Center, causing their destruction. A third building, World Trade Center 7, also collapsed that day due to uncontrolled fires.” [Emphasis added.]

But let’s not get hung up on obvious violations of basic journalistic standards, for they are commonplace and expected in today’s media landscape.

Swann sets her sights on two claims handpicked from probably thousands of memes posted on social media around the 9/11 anniversary. The first one is a meme of Forrest Gump saying, “I may not be a smart man, but I know two planes can’t cause three buildings to collapse in free-fall time.” The second is a meme that asks rhetorically, “We are supposed to believe two planes destroyed three buildings that were specifically built to withstand a plane being flown into them?” 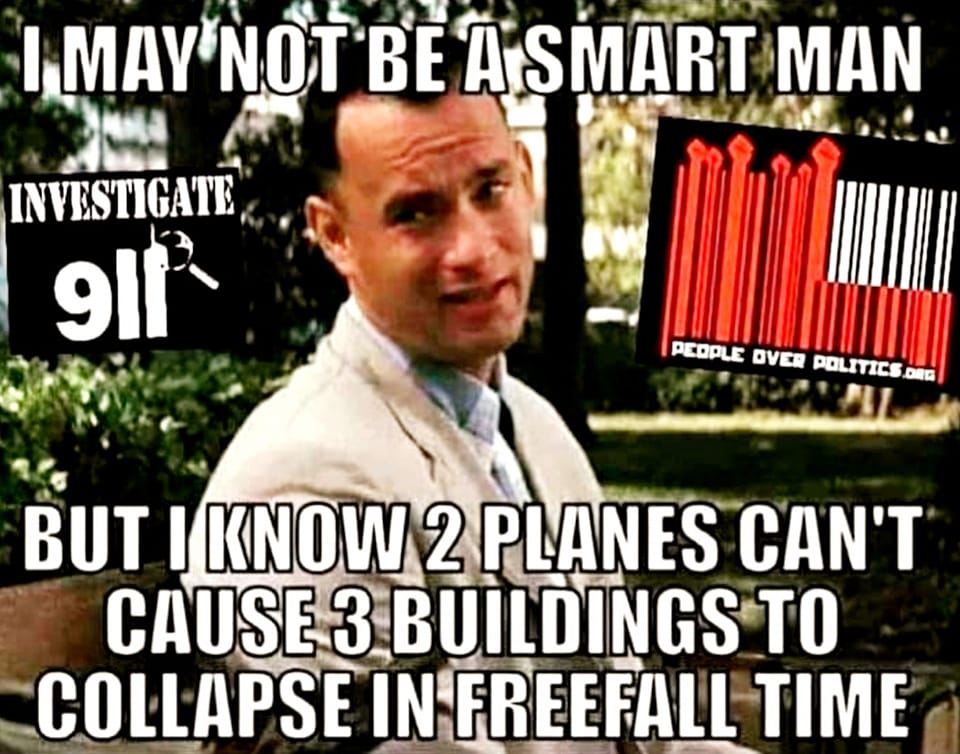 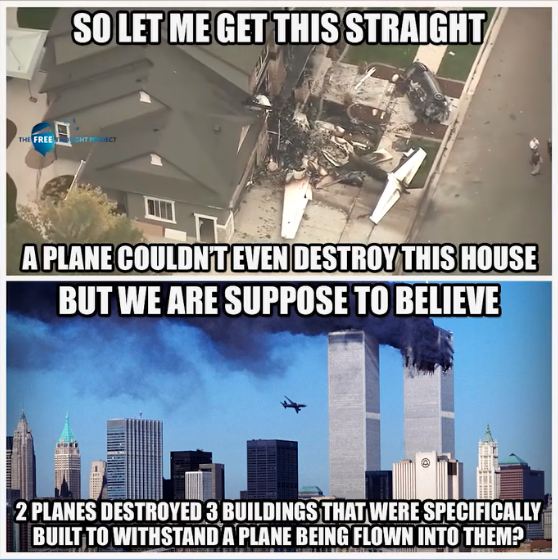 She starts off with the first meme by regurgitating the narrative set forth in the 2008 report on Building 7 by the National Institute of Standard of Technology (NIST). Sometimes she attributes her statements to that report. Sometimes, as above, she restates the report’s claims as fact.

The availability of water at Building 7 was first brought to the attention of the 9/11 Truth Movement in a 2016 report by UK firefighter Paul Kaley. AE911Truth is now investigating what caused Building 7’s sprinkler system not to function, since water was available to feed it. The answer to this question may have something to do with Building 7’s fire alarm system having been placed in test mode at 6:47 AM on the morning of 9/11, just hours before the attacks unfolded.

But the crux of Swann’s attempted fact-check is that, according to NIST, the “collapse time” of Building 7 was not a “free-fall time,” as she phrased it, referencing the aforementioned Forrest Gump meme.

Before we get into the “collapse time” aspect of it, let’s be clear about the single most important fact that is now undisputed. After firmly denying in its draft report that Building 7 underwent any free fall during its destruction, NIST was forced to acknowledge in its final report that Building 7 did experience at least 2.25 seconds of free fall.

NIST now asserts that this period of free fall is “consistent with the results of [its] global collapse analyses,” but this assertion is baseless.

When we look closely at the animation of NIST’s global collapse analysis — as we did in the request for correction we submitted in April 2020 (see page 41) — we see that the model shows no period of free fall. Instead, the model terminates 1.8 seconds after the initiation of global collapse, which is, ironically, almost exactly at the 1.75-second mark where NIST says free fall began.

The reason NIST’s model could not produce this period of free fall is that it’s impossible for a building to free fall for 105 feet (equivalent to eight stories) in a natural, gravity-driven collapse. NIST’s lead investigator, Dr. Shyam Sunder, knew this and made exactly this point when, in initially trying to deny that free fall occurred, he said, “[A] free-fall time would be an object that has no structural components below it.”

The “free-fall time” argument — which Swann seizes on because that was the language used in the meme — is really a distraction, and one intentionally created by NIST.

In order to account for the period of free fall that NIST was forced to acknowledge after claiming a collapse time “40% longer” than free fall in its draft report, NIST came up with the idea that, prior to free fall, there was a Stage 1 lasting 1.75 seconds, where “the descent was slow and the acceleration was less than that of gravity.” “This stage,” NIST wrote, “corresponds to the initial buckling of the exterior columns in the lower stories of the north face. By 1.75 s, the north face had descended approximately 2.2 m (7 ft).”

However, as we showed in the request for correction and as I discussed in the presentation I gave this past Friday at the “Forbidden Truth” symposium, NIST’s Stage 1 is a fabrication, intended to make Building 7’s destruction seem like a natural collapse involving a gradual build-up to free fall.

NIST corroborated this observation in Figure 5-201 of its NCSTAR 1-9 report, where the thin sliver of white represents the amount of movement 0.6 seconds into NIST’s Stage 1 of the collapse. NIST remarked in its report, “Interestingly, little movement of the northeast and northwest corners of the building is indicated.”

Then, approximately 1.3 seconds after the center of the roofline began to move, all three points (the center and the corners) instantaneously transitioned to free fall within a tenth of a second of each other. The graphs below, taken from page 38 the request for correction, illustrate this instantaneous transition to free fall across the entire roofline. 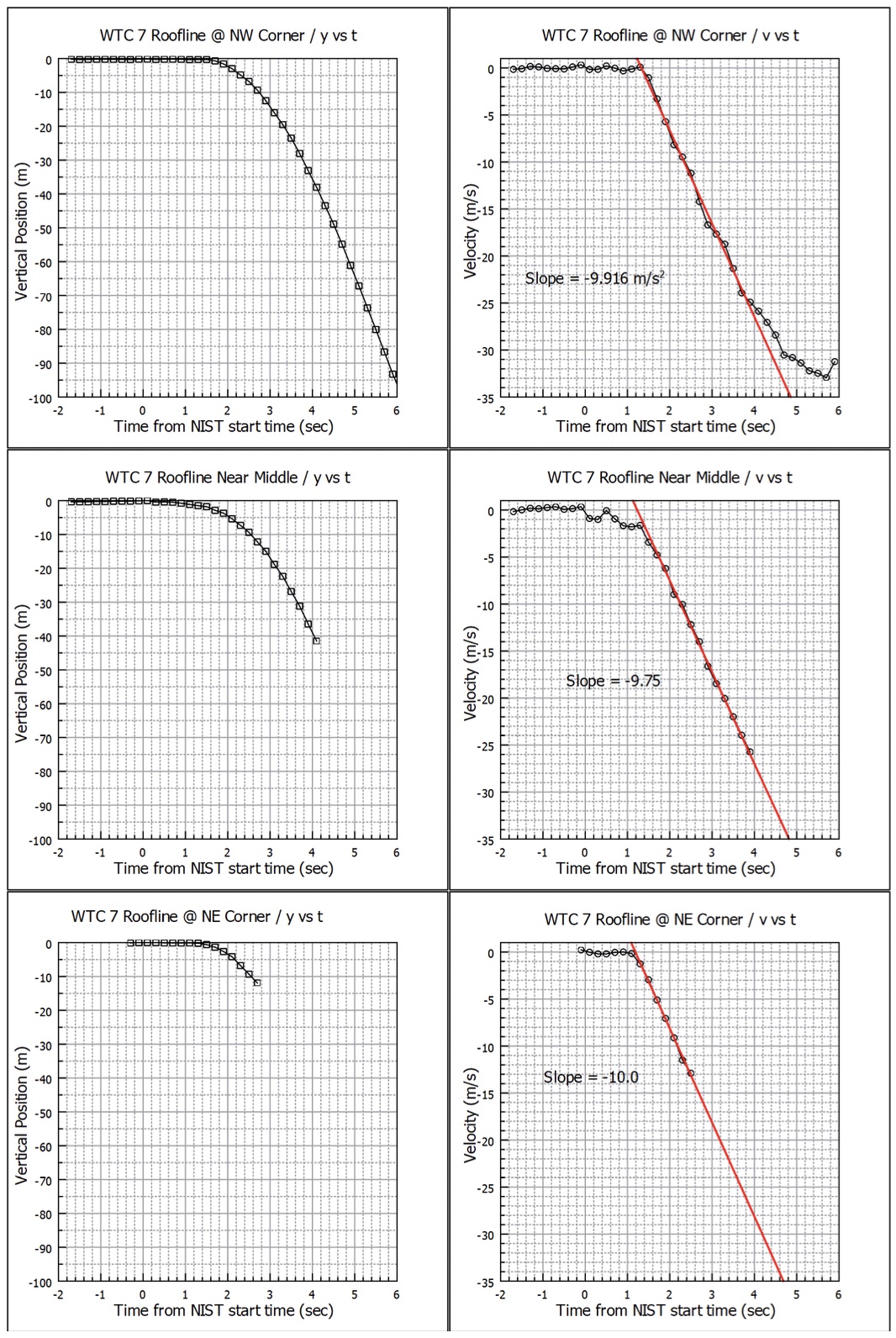 If you were to measure only the corners of the building, there would be no Stage 1 whatsoever. For NIST to have concocted this Stage 1 simply because there was minimal movement at the center of the roofline, while the rest the roofline remained motionless, is profoundly misleading. To then claim that the “collapse time” was 40% slower than free fall — when the building was essentially motionless and then instantaneously entered free fall — is an insult to the intelligence of any thinking person who takes the time to study this issue.

But the insult doesn’t stop there. Swann then moves on to attacking the widely known fact that the Twin Towers were designed to withstand airplane impacts. She does so by invoking the preposterous idea, promulgated soon after 9/11, that the engineers forgot to consider the fires that would follow after an airplane crash (oops!).

To prove her point, Swann cites a 2002 New York Times article where the authors alleged that “no one thought to take into account the fires that would inevitably break out when the jetliner’s fuel exploded.” This statement is not attributed to anyone but it appears to be based on an interview with Leslie Robertson, one of the Twin Towers’ two chief structural engineers.

Swann, however, conveniently neglects to mention a 1993 article in the Seattle Times that quoted the other chief structural engineer, John Skilling, as saying, “Our analysis indicated the biggest problem would be the fact that all the fuel (from the airplane) would dump into the building. There would be a horrendous fire. A lot of people would be killed,” he said. “The building structure would still be there.”

Swann ends the article, as all PolitiFact articles end, by giving a rating on how true or false a given claim is. (Naturally, she concluded that the claims in the two memes were false.)

So here is our rating of her article.

PolitiFact has made two claims: (1) that Building 7’s “collapse time” was “40% slower than free-fall time” and (2) that the engineers of the Twin Towers did not account for fires when they designed the towers to withstand airplane impacts.

If PolitiFact wants to make claims about 9/11 that are accurate and not ridiculous — which I’m not sure it actually cares about doing, but if it does — it would do well to stop quoting NIST.