Knowledge of 9/11 Truth Climbs in Colorado

For the eighth year in a row, Colorado 9/11 Truth's display at the People's Fair in Denver reached hundreds of people with information, brochures, and DVDs.

Posters with text and photos drew many visitors, who often stood for long periods reading and contemplating the evidence.

Fair-goers already knowledgeable about 9/11 Truth would stop by with friends and family, point to the displays, and explain the information to the others in their group.

Since many people had never heard of WTC 7 — or of any of the evidence presented at the booth — eight volunteers manning the booth answered questions and handed out literature and videos.

Click here for stories and photos of the day's interactions. 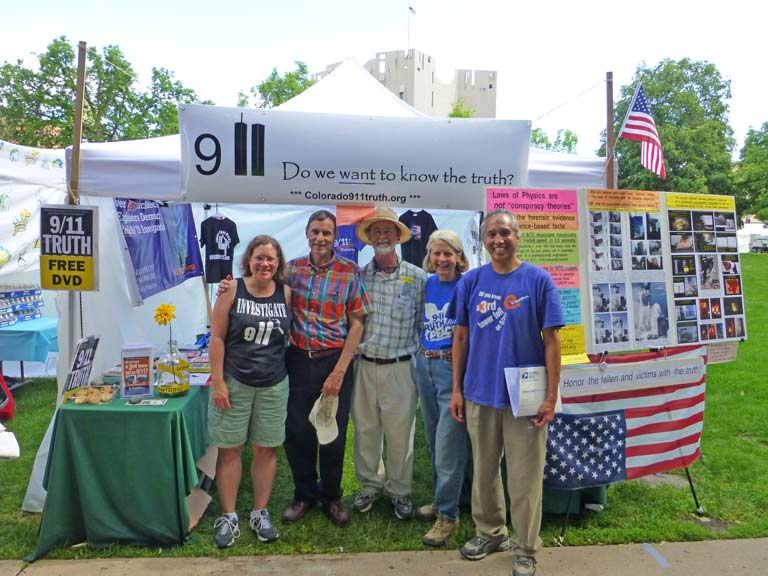