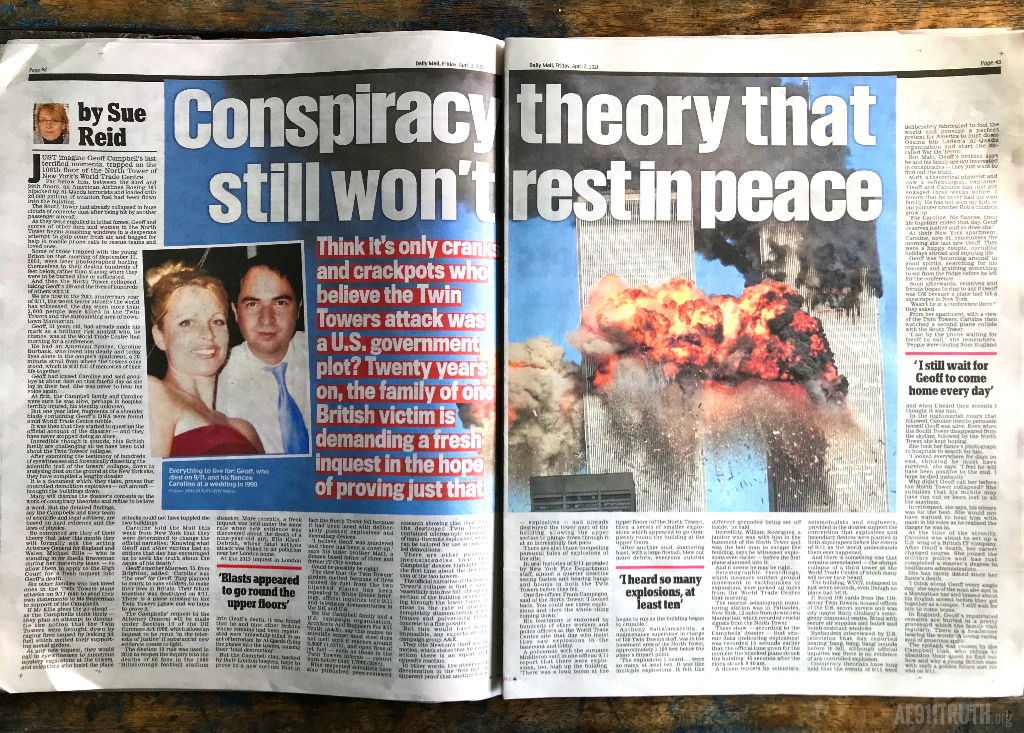 The Daily Mail, with a readership in the millions, published a lengthy and respectful piece yesterday on the family of Geoff Campbell and their soon-to-be-submitted petition for a new inquest into his murder on September 11, 2001.

Campbell was on the 106th floor of the World Trade Center’s North Tower when the building — 29 minutes after the South Tower before it — was explosively demolished in one of the most horrific acts of mass murder ever committed, as more than a billion people around the world watched live on television.

With the help of AE911Truth and its supporters, the Campbell family is now seeking to quash the findings of the first inquest and obtain a new inquest where the overwhelming evidence of the North Tower’s explosive demolition, not presented at the first inquest, will be considered.

While the Daily Mail is a tabloid that has favorably covered the claims of the 9/11 Truth Movement in the past, the unprecedented depth and human angle of this article offer hope that the Campbell family will continue to receive fair treatment in the media as they forge ahead.

Stay tuned for the filing of the petition in the weeks ahead!