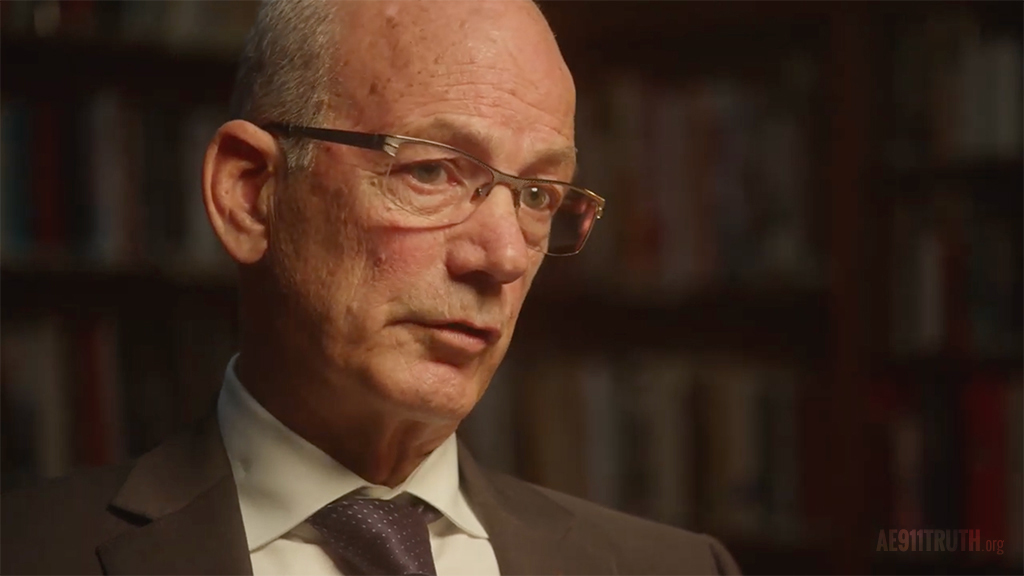 Roland Angle embarks on the most important mission of his life

Roland Angle could never have imagined what his training and life experiences were preparing him for.

While he may not be well known to many in the 9/11 Truth Movement, the new chief executive officer of Architects & Engineers for 9/11 Truth has a background that couldn’t be more appropriate for the critical role he has taken on.

Named CEO in October 2021 after the departure of founder Richard Gage, Angle brings to the battle for 9/11 truth more than 50 years’ experience as a civil engineer. He has owned three engineering firms, has taught engineering principles to high school students, and was trained in the use of explosives during his time with the Special Forces of the U.S. Army Reserves in the 1960s.

Featured in two AE911Truth films, 9/11: Explosive Evidence — Experts Speak Out (2012) and SEVEN (2020), Angle has been involved in the organization since its early days. In fact, in 2007, he became one of the earliest signatories of the AE911Truth petition, which has now been signed by more than 3,500 architects and engineers.

When he accepted the invitation to join the AE911Truth board of directors in 2016, Angle made it clear that a key objective of his would be to strengthen the organization’s outreach to engineers since the engineering establishment’s endorsement of the official story of 9/11 has been a significant obstacle to attaining a new investigation. To this end, he created Project Due Diligence (PDD), which has become one of the most effective programs ever at AE911Truth.

“The last step in the cover-up is really the most important, because they had to bring in leaders from the engineering community to oversee the examination of the evidence and the compiling of the reports,” Angle says.

He explains that some 500 engineers were involved in the official investigations into the destruction of the World Trade Center towers, and about two dozen decisions were “deliberately made to derail the investigations’ ability to reach an accurate conclusion.” Among these, he lists: “destroying the evidence, refusing to test for incendiaries, refusing to release their analysis and their computer models, and fabricating stories about the fireproofing removal.”

To get PDD rolling, Angle teamed up with longtime AE911Truth volunteer Tony Szamboti in 2017 to create a presentation, tailored to engineers, on the controlled demolition evidence. He also put together a team of volunteer presenters, all engineers and all signatories of the AE911Truth petition. They began in 2018 to make presentations to engineering groups — especially to branches of the American Society of Civil Engineers (ASCE) and the National Society of Professional Engineers. 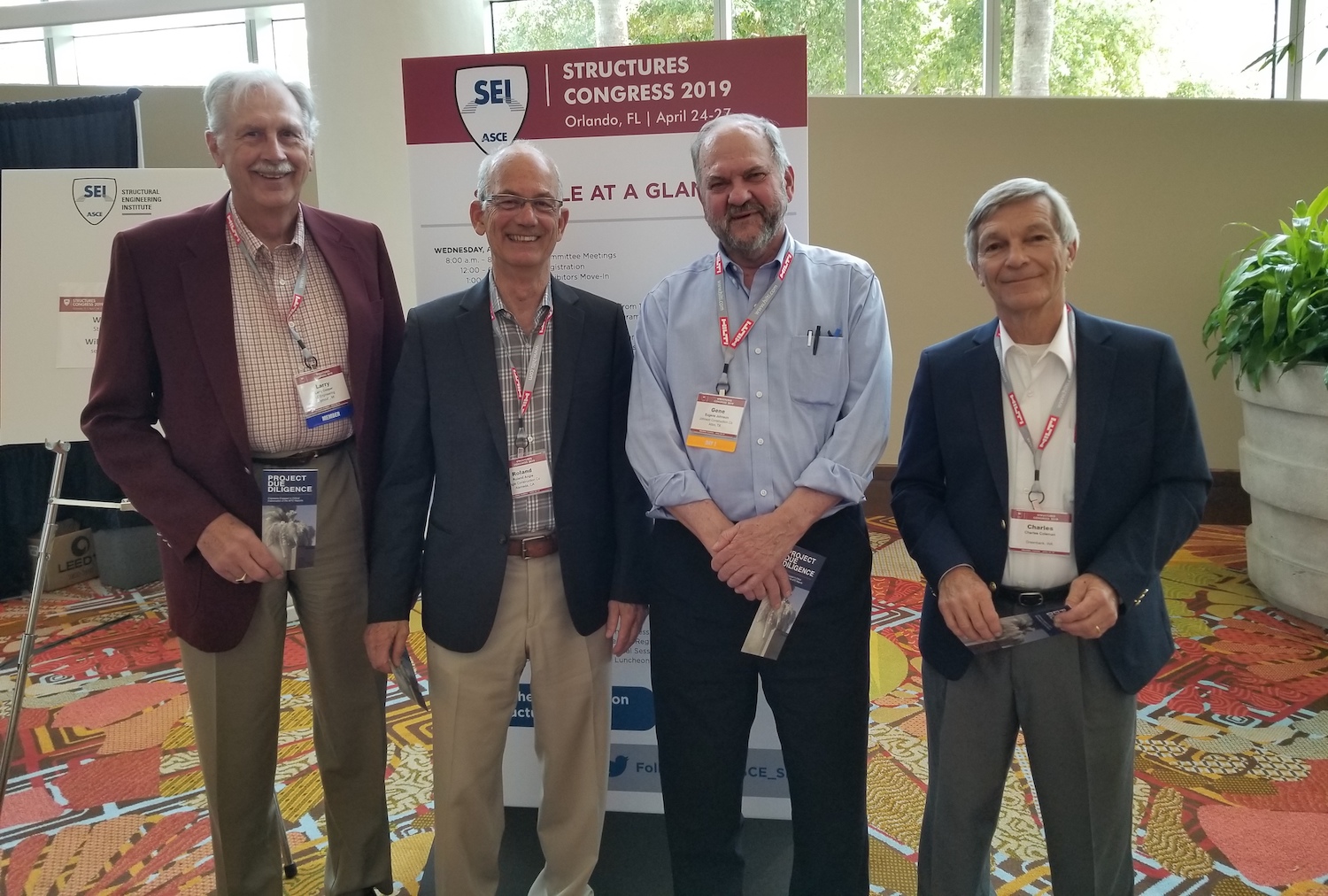 The result of the 36 presentations made by PDD over the last four years is that every single engineer who attended one of the sessions said at the end that they were convinced of the scientific validity of the information that was presented. Meanwhile, the national leadership of the ASCE is discouraging the local chapters from allowing PDD to present to their members.

Angle asserts that engineers have a responsibility to assess the evidence themselves rather than taking for granted that the official story is correct.

“We have a contract with society to ensure the public welfare and safety, and that’s our job, and we need to take it seriously,” he says. “And what we see now creeping into our profession around these major events is a false narrative that we cannot tolerate.”

As CEO, Angle doesn’t seek the spotlight nor is he concerned with taking credit for the work he does. He believes in a team approach, in part so the credibility of the organization doesn’t rest entirely on one person’s shoulders. He focuses on the work that must be done if the 9/11 Truth Movement is ever going to achieve the breakthrough the world so badly needs. And he never loses that focus.

The importance of keeping that focus was made all the more clear last August when off-topic statements by Richard Gage were seized upon by the mainstream media to push successfully for the removal of a 30-minute segment from Spike Lee’s NYC Epicenters 9/11 to 2021½ — an eight-hour docuseries on HBO — that was devoted largely to AE911Truth’s efforts. The segment featured a dozen of the organization’s experts along with 9/11 family members Bob McIlvaine and Drew DePalma and 9/11 survivor William Rodriguez.

Gage’s statements, which he made numerous times despite the board passing a resolution directing him to stop, and staff members repeatedly urging the same, ended up being instrumental in denying the 9/11 Truth Movement what would have been a watershed moment for the cause.

Angle’s determined commitment to the mission of AE911Truth is strengthened not only by his engineering expertise and military training but also by his understanding of the devastating impact of wars that are justified through psychological manipulation. And 9/11 has been used to justify a number of wars.

His perspective on war and propaganda was profoundly influenced by his father, a career Navy man who, through a stroke of luck, avoided an almost certain death in the 1941 Japanese attack on Pearl Harbor. A radio operator on the USS Arizona, his father had been sent to Massachusetts for radar training and was on his way back to the ship when the attack occurred.

All the radio operators on the Arizona that day — many of them close friends of Roland’s father — were killed.

Angle was born just two months after Pearl Harbor, and for much of his early childhood his father was away. Even after retiring from the Navy in 1958, his father rarely spoke about his war experiences to his family.

“I grew up with the very real feeling that wars were being fought and people were being killed,” Angle recounts. “When my father was out at sea on duty, I was always very conscious of that fact. We worried about what was happening to him and what could happen to him. So, the presence of war was more than just an intellectual concept to us. It was something that we lived with all through my early years of life.”

As U.S. involvement in Vietnam was about to escalate in the early 1960s, Angle faced the very real possibility that he, too, would be fighting, and maybe dying, in a war — in this case one he didn’t believe in.

He made a decision to enlist in the Army Reserves Special Forces so he would be less likely to see combat but would also receive the best training possible. This way, if he did have to see combat, he’d have the best chance of survival.

“It turned out that this strategy worked because the unit I was in was never called up.” 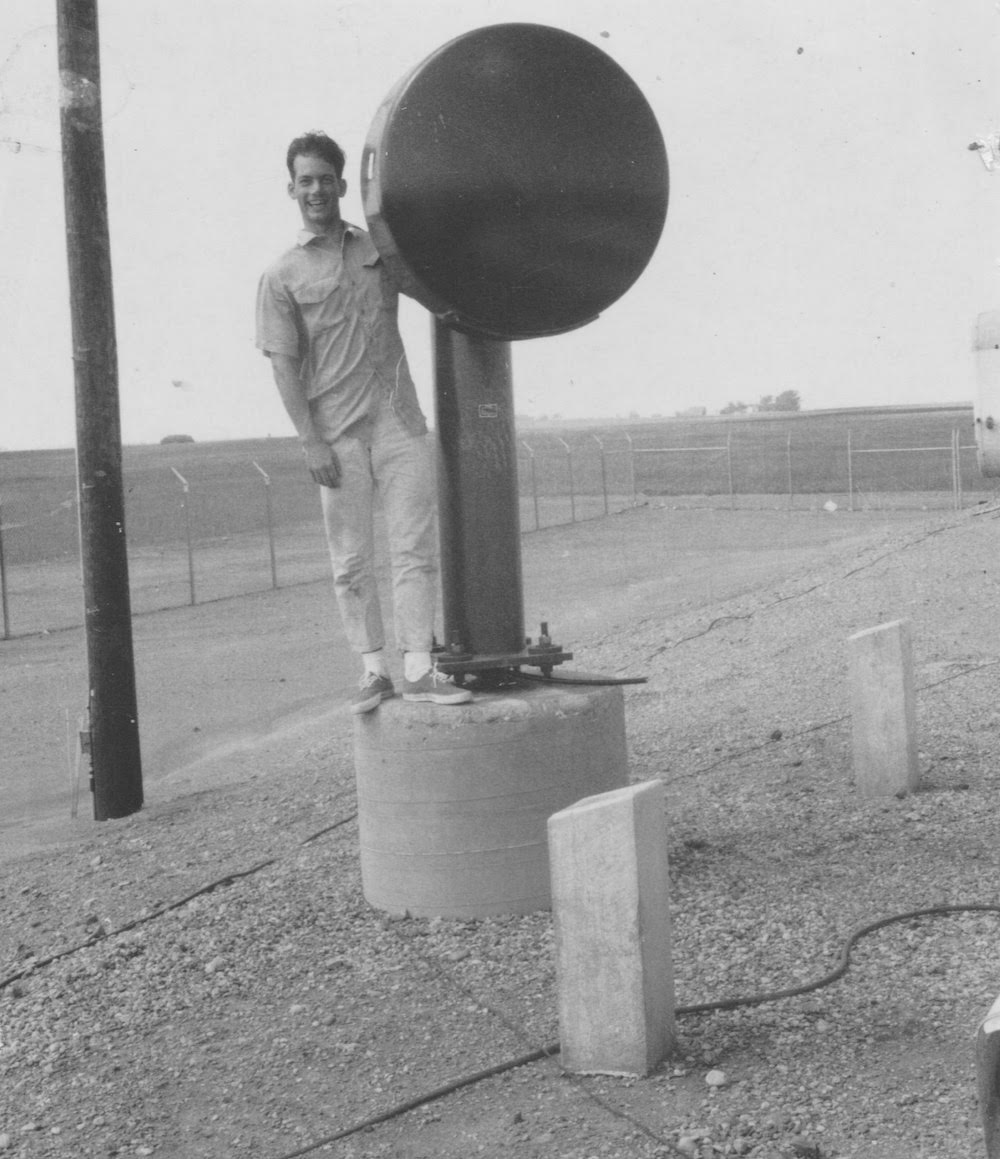 Angle as a young engineer in 1966 working for Ralph M. Parsons Company on the construction and maintenance of launch control facilities and silos for the Minuteman Missile System.

Angle describes his father as a man of very few words, which is why he remembered so much of what he did say.

“He made a couple of remarks that I remember very distinctly. One was: ‘Rich people declare wars and poor people fight them.’ And the second was: ‘Don't believe anything you read or hear and only half of what you see.’”

Angle’s father taught him that to understand what is really happening in the world it is necessary to read between the lines of media reports.

“I puzzled over that for a long time, because I looked between the lines and there was nothing there. It was blank. What did he possibly mean by that? But over time, I came to understand that a lot of what you’re reading is only partially true, and mingled in with that is some form of propaganda or disinformation or misinformation, and you have to learn how to parse out what the real story is.”

While in the military, Angle read Mao Tse Tung’s book On Guerilla Warfare, and this removed any doubt he had about whether the war in Southeast Asia was right.

“It confirmed my notion that we were fighting on the wrong side, because our training was essentially all about how to kill people effectively.”

Angle got a further dose of reality when he started seeing his friends coming back from Vietnam. Or not coming back at all.

“Those who were drafted went to Vietnam, and some of them were killed there,” he recalls. “Some had their lives pretty much wrecked by their experience. They died of Agent Orange or alcoholism when they came back. They could never stabilize their lives.”

Very little appears to have changed in 60 years. Poor people are still dying in rich people’s wars, and the world is still being assaulted with propaganda that sells these wars to the people using all manner of manipulation.

And while Roland Angle never wanted to be leading the most recognized organization in the 9/11 Truth Movement, he knows how vital its work is to the cause and how vital it is that this work continue.

“I certainly didn’t anticipate that this was where I was going to be at this point in my life,” he says. “However, I didn’t feel like I could turn it down. I felt the responsibility, and I certainly want to see the organization succeed in its mission.”