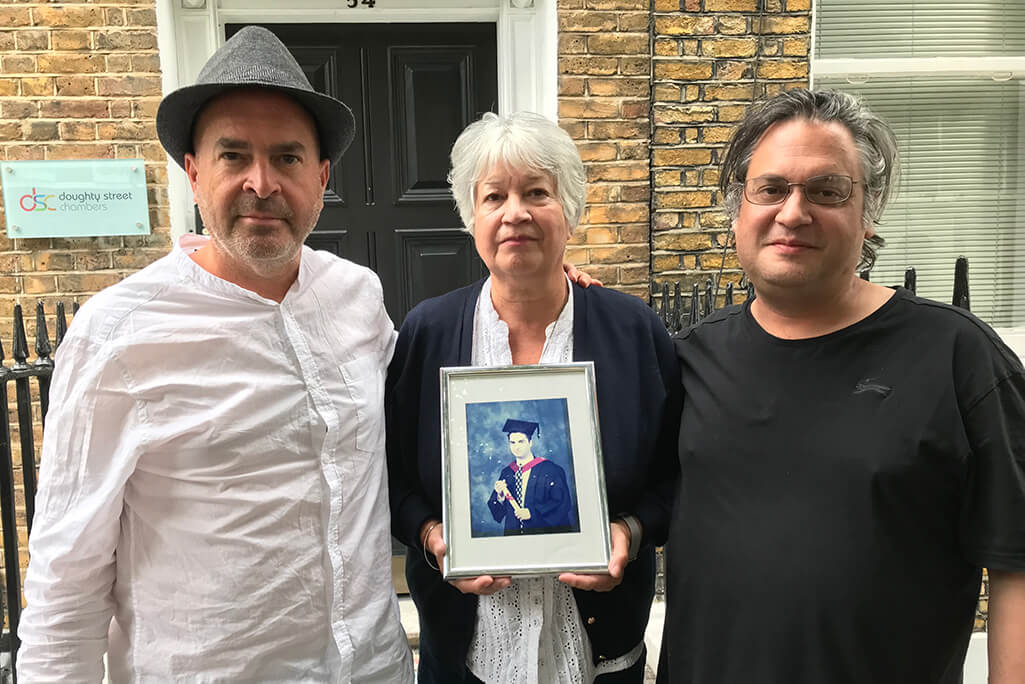 The family of Geoff Campbell — and countless others — still seek justice

One year ago, on August 26, 2021, the family of Geoffrey Thomas Campbell submitted an application for a fresh inquest into his death in the North Tower of the World Trade Center on September 11, 2001. Twenty-one years after his murder, they — and countless other families who lost loved ones — have yet to see the truth come out.

The application they submitted to the attorney general for England and Wales contained around 2,500 pages of evidence showing that the World Trade Center Towers and Building 7 were destroyed with explosives and incendiaries. Included in those 2,500 pages were witness statements from six scientific experts and from five eyewitnesses, four of whom were first responders that day. With the exception of one witness, who has passed away, all are standing by to testify at a future inquest.

There are two questions Attorney General Michael Ellis (appointed Sept. 6, 2022) needs to answer in deciding whether to grant the Campbell family his authority to apply to the High Court for a fresh inquest. First, was there an “insufficiency of inquiry” into the cause of Mr. Campbell’s death at the first inquest in 2013? Second, in light of the new evidence presented in the application — evidence not heard at the original inquest — is it “necessary or desirable in the interests of justice” for a fresh inquest to be ordered?

If the answer to either of these questions is “yes,” then Attorney General Ellis must grant his authority.

Moreover, as the Campbell family discovered only last February, the sole material presented to the coroner was a report prepared by the London Metropolitan Police. It contained just two pages summarizing the events of that day, with no evidence — or even assertion — as to the cause of the North Tower’s destruction. In short, the inquiry into the cause of Mr. Campbell’s death was not only insufficient, it was nonexistent.

In regards to the second question, the case law is clear. A family’s wish for a fresh inquest is to be given considerable weight, such that a new inquest may be desirable simply because a family member — in this case, all of Mr. Campbell’s family — requests it.

The Campbell family has said they appreciate the painstaking effort the Attorney General’s Office has put into reviewing the application and they look forward to hearing from Attorney General Ellis in due course. They have every expectation that they will have their day in the West London Coroner’s Court, where the true cause of Geoff Campbell’s death on 9/11 will be proven.

Watch the Campbell family submit their application one year ago in the final minutes of AE911Truth’s feature documentary The Unspeakable.